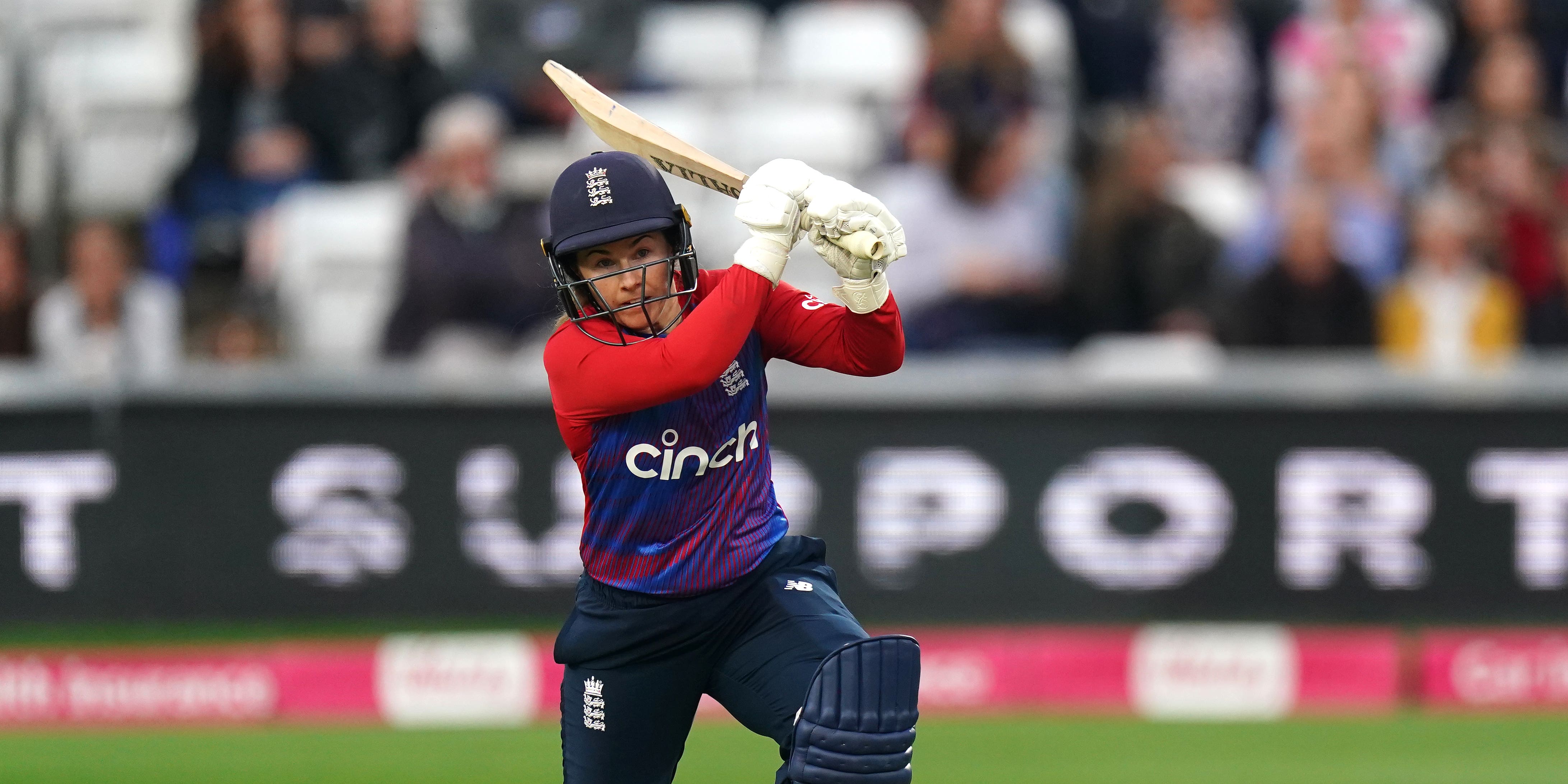 Tammy Beaumont insisted she was not frustrated to get out for 97 as England kicked off their T20 series against New Zealand with a 46-run victory at Chelmsford.

The opener was caught off the penultimate ball to fall agonisingly short of a second T20 international century, but her knock helped the hosts power their way to 184 for four.

After the tourists won the toss and put England in, Beaumont made New Zealand pay for two dropped catches with a brilliant 65-ball innings that contained 13 fours and a six.

“Not really (frustrating to be out three short of a century). I’d have taken 97 at the start of the day,” Beaumont said.

“I guess it would have been nice to pass a personal milestone but I think that’s my highest T20 score for quite a long time so I’d take 97 and miss out so I’m not too bothered.

“I think I felt in quite good form in the Hundred and just kept getting out in the 40s or giving my wicket away in other times so I felt like this time I took a few singles in that little spell just to make sure I got through a bit longer.”

New Zealand had not played since April and their lack of match practice showed as they were unable to get going in their chase, despite Amy Satterthwaite’s 43 from 31 deliveries.

The England players in contrast have had a full summer, including the inaugural Hundred, which Beaumont believes helped the squad going into this series.

She said: “I think you look at the squad that has been picked and Tash Farrant (was in good form), Sophia Dunkley was in brilliant form for Southern Brave, Emma Lamb has found herself in the squad and then due to Heather (Knight’s) injury in the team so people are knocking down the door and you have to be playing well to stay in the team or get in the team so I think that’s a good sign from the Hundred.”

Chasing 185 to win, the experienced opening partnership of Suzie Bates and captain Sophie Devine struggled as the visitors quickly slipped to four for two, from which they failed to recover.

Devine admitted New Zealand were “rusty” after they fell behind trying to chase down England’s impressive total.

“I think it’s always a bit of a challenge, there’s only so much training you can do before you need to get out there and play games and for us we were probably a little bit rusty out there today,” Devine said.

“Full credit to England they batted exceptionally well, Tammy Beaumont was outstanding. We just couldn’t seem to stem the flow of runs there, although I thought Hayley Jensen for us was magnificent with the ball.

“So I think there’s certainly some positives we can take away from it but certainly a bit of rust that we’ll have to get out before the second T20.”