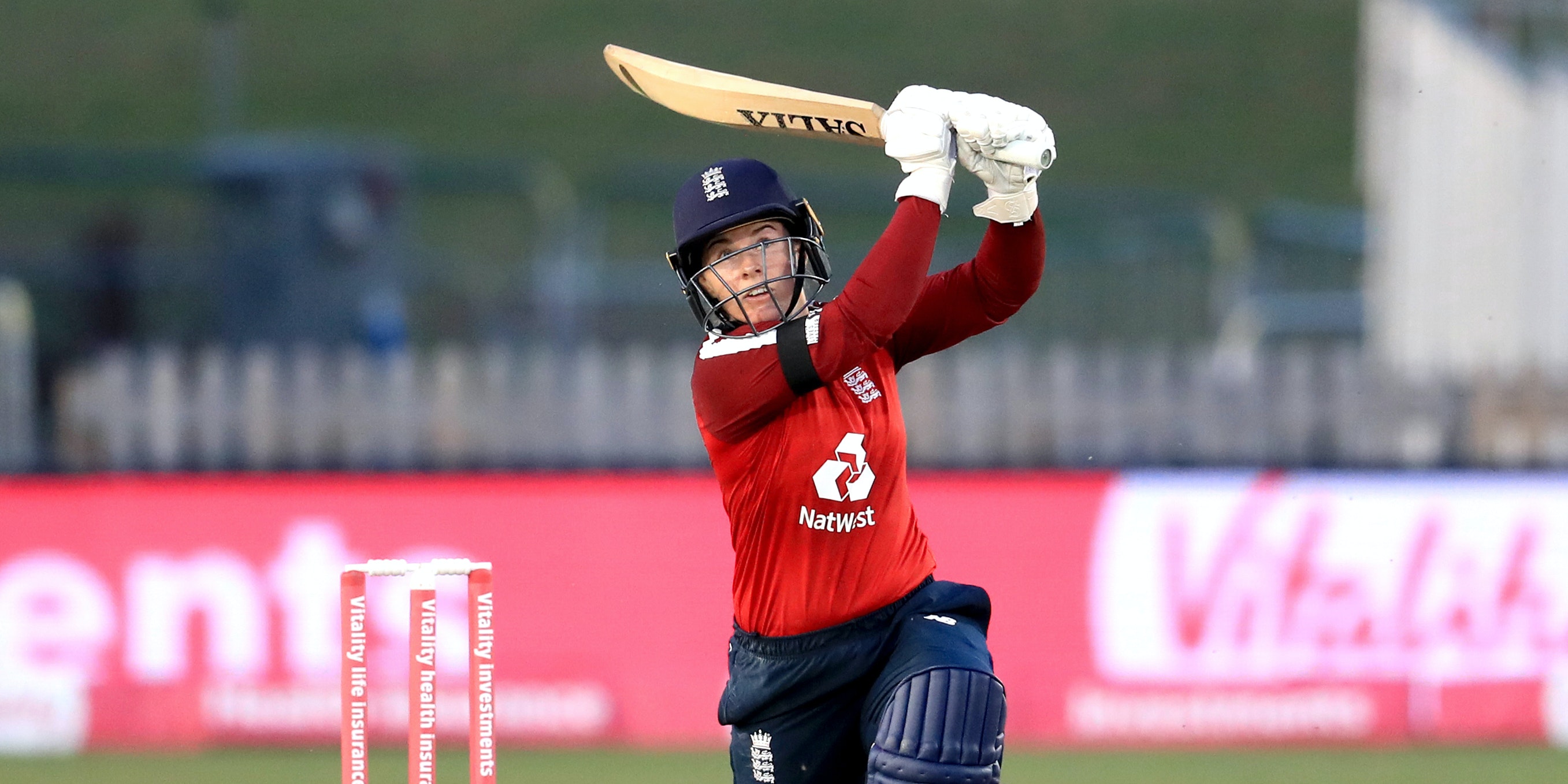 Tammy Beaumont’s half-century and a stifling bowling display saw England Women close out a heavy 47-run victory over the West Indies in the long-awaited curtain-raiser to the Vitality Twenty20 series.

The match represented a welcome restart to the women’s international calendar more than six months on from the T20 World Cup in Australia, with the Windies stepping in as late replacements after India and South Africa declined to travel due to the pandemic.

Both squads began their evening at Derby’s Incora County Ground by taking a knee in honour of the Black Lives Matter movement but after more than 200 days in the margins, this was a time for their cricket to take centre stage.

Beaumont made the most of the chance with 62 from 49 balls as the hosts posted 163 for eight, her runs made all the more vital by a subsequent collapse of six wickets for 50.

Deandra Dottin battled to 69 in an under-powered response of 116 for six, falling to the world’s number one bowler Sophie Ecclestone, who returned two for 19. Katherine Brunt set the standard for the home attack, topping and tailing the innings and allowing just eight runs off her four overs.

Beaumont’s day could have ended early, when she flicked Shakera Selman into the on-side with just nine to her name. She used her feet well and made good contact but would have been out had Britney Cooper managed to cling to a low chance coming in off the ropes.

Danni Wyatt started well with a pair of trademark blows over extra-cover and when Beaumont started to find the middle of her bat the boundary count started ticking in the right direction for the hosts.

She began working through her repertoire – a scoop, a hard swat down the ground and a drive beyond cover – but lost Wyatt (17) when a thin edge off Stafanie Taylor flicked a bail.

Taylor claimed a second when Cooper made amends for her earlier miss, holding on to Nat Sciver for seven. That brought her fellow captain Heather Knight in, with her and Beaumont sharing a swaggering stand of 52 in less than six overs.

Beaumont does the damage

The skipper hit four boundaries as she raced to 25, including regular and reverse sweeps off her opposite number, while Beaumont took on Afy Fletcher’s leg-spin. Her half-century came with another boundary worked away to leg and she hit a new gear as she launched Aaliyah Alleyne for six straight and true down the ground.

That was the peak of the innings, with England losing their way from 113 for two. Selman accounted for the set duo – Knight slashing a fine edge behind and Beaumont skying a catch to short third-man with an attempted ramp – before regular wickets kept the lower order quiet.

Any disappointment at that shift in fortunes was brilliantly eased by Brunt, who kicked off with a sharp maiden at Hayley Matthews. Sciver reaped the rewards of her wife-to-be’s pressure – tempting the frustrated Mathews to pick out Mady Villiers.

More constrictive bowling from slow left-armer Ecclestone and Brunt saw the Windies labour to 26 for two in their powerplay – 23 behind England’s comparative mark – before Sarah Glenn cashed in.

Taylor managed only eight from 14 balls and lost her leg stump when she went back and misread the line. At the halfway stage Dottin was still in place but with just three boundaries scored in a total of 42 for two the task ahead looked huge – 122 needed off 60 balls.

Dottin attempted to energise the chase by lifting Anya Shrubsole for six and four in the 12th over, but a comic run-out of Lee-Ann Kirby, well completed by the agile Amy Jones, kept England moving forward.

Dottin hit an 87-metre six off Glenn but the required rate just kept climbing to improbable levels. Sciver had Shemaine Campbelle stumped before Ecclestone worked her magic in the penultimate over, finally knocking over Dottin with a flat arm-ball and trapping Chinelle Henry lbw.

Brunt closed out in typically solid fashion to deliver a crushing margin.