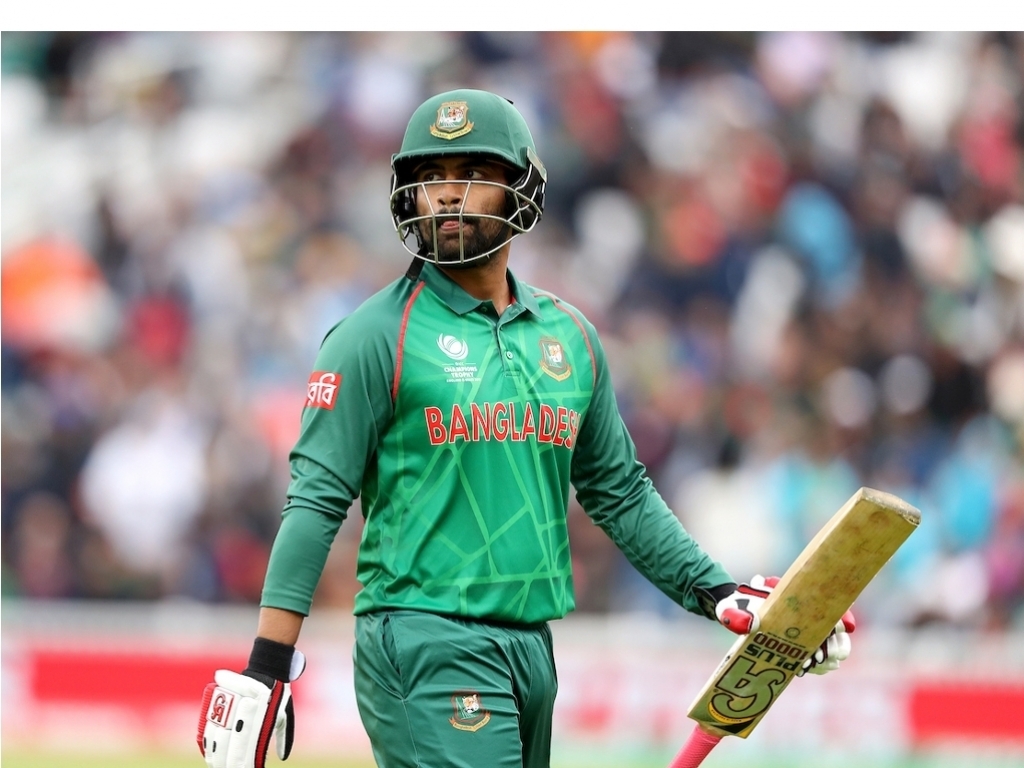 Bangladesh opener Tamim Iqbal was lucky to escape serious injury after he fell through a glass door in the dressing room.

Tamim threw his bat at the door in frustration following a run out during a practice match on Monday and when he moved to open it, it cracked and he fell through.

He is expected to be fit to face Australia on August 27 after being stitched up following the scary incident.

Speaking to the Daily Star Tamim said: “The moment I pushed on the door the glass broke entirely.

“I fell to the ground as well and if anyone saw the state of my pads, they would know how dangerous the accident could have been.

“Thanks to Allah that I got off from such a dangerous situation. The injury is nothing serious, I am just thankful since the situation could have been bad.

“The injured area sometimes stretches the skin but it’s nothing serious.”

The tantrum comes ahead of a series against a team known for getting under their opponents skin and we may well see Tamim’s patience tested by Matthew Wade and company.

Bangladesh selector Minhajul Abedin said of the incident: “We hope that the stitches will be cut within a day or two and we expect him to be fit before the practice match.

“It was a bit scary initially because he is one of our major players and we would not like to lose him before this crucial Test series against Australia.”