Taskin and Sunny cleared to bowl by ICC 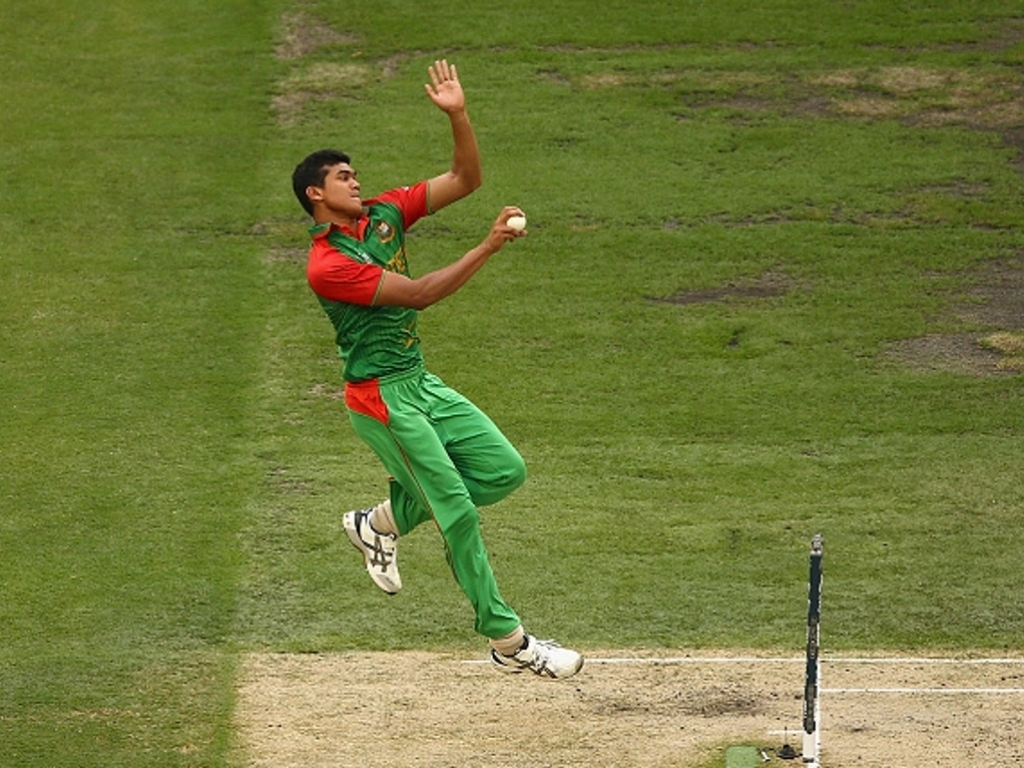 Bangladesh bowlers Taskin Ahmed and Arafat Sunny have been cleared by the ICC to bowl internationally again, after having their actions tested in Brisbane.

Paceman Taskin and spinner Sunny both had to remodel their actions due to their elbow flex breaching the 15 degree limit, and have now been re-tested at the accredited centre in Australia.

This will be a big boost for the Tigers, as both were effective wicket takers before their suspensions. They will hope that this process has not ruined that efficacy, in the way it did to Pakistan’s Saeed Ajmal.

The ICC website read: “At the re-assessments, which were carried out at the National Cricket Centre in Brisbane on 8 September, it was revealed that the amount of elbow extension in all of Arafat and Taskin’s deliveries were now within the 15-degree level of tolerance permitted under the ICC regulations.

“The umpires are free to report Arafat and Taskin in the future if they believe they use a suspect action.

“Arafat and Taskin were reported after their side’s opening match in the ICC World Twenty20 India 2016 against the Netherlands in Dharamsala on Wednesday, 9 March. The independent assessments were performed at the ICC-accredited testing centre in Chennai.”