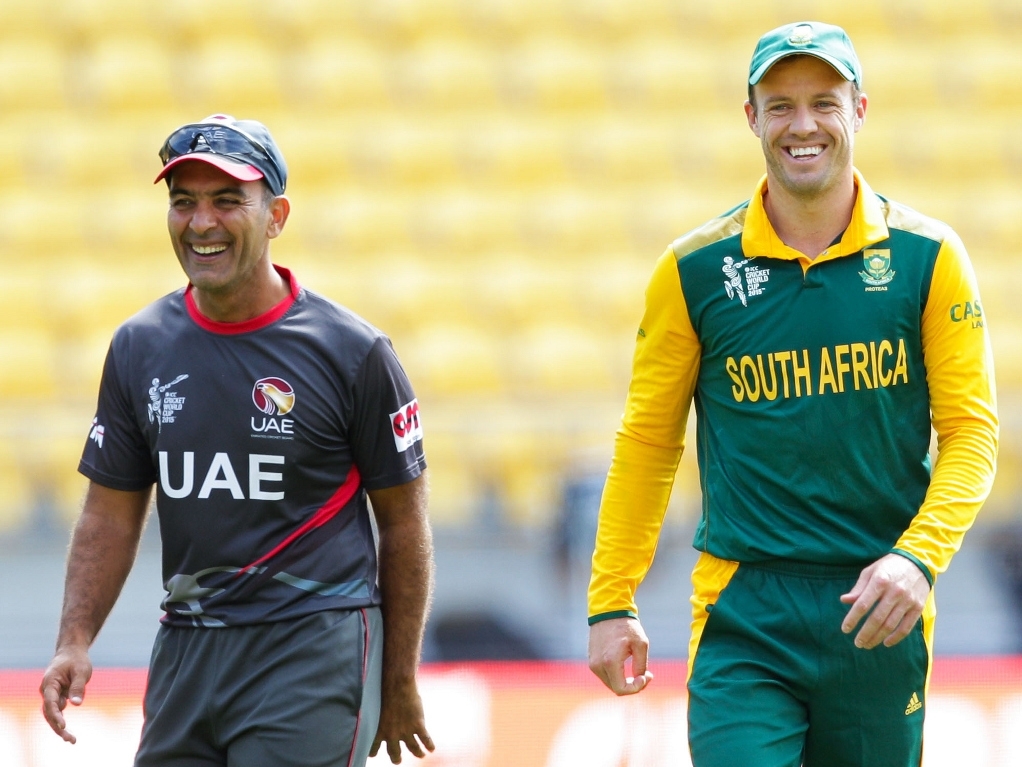 United Arab Emirates captain Mohammad Tauqir may be leading his side home without a single World Cup win, but he says they've had a great time and learned a great deal from the trip to the Antipodes.

The UAE finished their campaign with a six-wicket defeat to the West Indies on Sunday, but the 43-year-old skipper was please with his side's efforts, especially batsman Shaiman Anwar, who was the leading run-getter at one stage.

Shaiman score a century against Ireland, a game the UAE nearly won, while Amjad Javed also impressed down the order, with three 40-plus scores, and with a few wickets as well.

Tauqir said: "Consistently, Javed's done very well throughout the tournament. Shaiman Anwar was very consistent. There were a few positives.

"I think overall our bowling department was pretty consistent in every game. I think it's a little bit of fielding and the batting department that needs a bit of improvement.

"But we take a lot of positives from the whole event, and it was overall a good learning experience for us. We have thoroughly enjoyed this tournament."

Tauqir did lament one key moment, when playing against Ireland, when Nasir Aziz dropped Kevin O'Brien at a crucial time. He went on to make a half century as Ireland won by two wickets in the final over.

"But I think one moment that would have changed the game was I think Kevin O'Brien's catch that got dropped. If that catch would have been taken, I think we would have definitely won that game.

"But overall, we have definitely enjoyed the whole tournament."