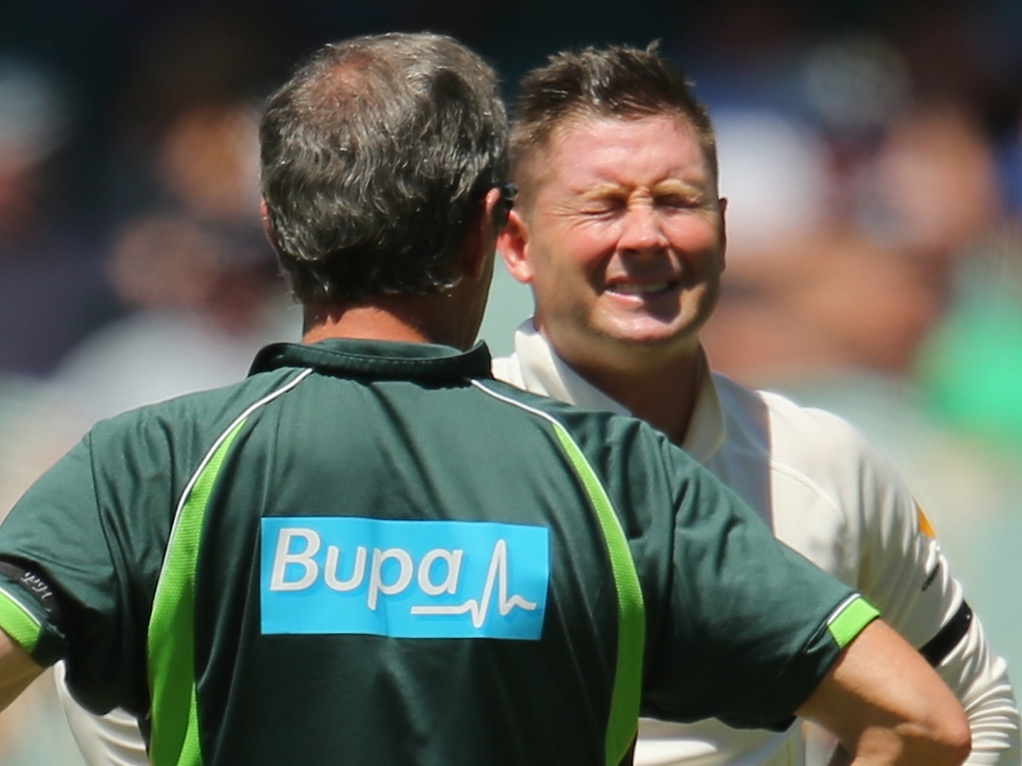 Former Australia batsman Mark Taylor is worried about Michael Clarke's immediate future, saying the captain's lower back problems, which saw him leave the field on Tuesday, could rule him out of the World Cup.

Clarke played in the first Test in Adelaide and made 60 runs before being forced to retire hurt. But his inclusion was a talking point, as he'd only just recovered from a hamstring injury that had plagued him for weeks.

But Taylor said that Clarke had passed a fitness test and could thus not be blames for playing in the match, especially as it was a tribute game for recently deceased batsman Phillip Hughes.

Taylor told cricket.com.au: "He made 60 and obviously batted for quite a long time, so in a fitness test situation he wouldn't have batted that long. So, he obviously would have passed fitness tests and what have you.

"So whether he should have played or not, people will probably turn around and say 'no' because he's obviously broken down with the same injury.

"I think in this situation, no one's had any cricket for two weeks so it's been very hard for him to prove his fitness. He probably would have got through a grade game because he may not have batted as long and might have taken it easy."

Taylor added of the World Cup prospects: "Absolutely, I think we're all concerned. It's an injury that continues to flare up at the moment.

"It flared up in Zimbabwe and then in Perth, and now again here a month later. So that's a concern.

"I know Clarkey would be working like a Trojan to make sure it's right. He'll be doing all kinds of exercises and training to get that part of his body as fit and strong as he possibly can.

"And yet, a short ball down the leg side and a little flinch injures it."