Home News Taylor: I’m not the only bowler here

Taylor: I’m not the only bowler here 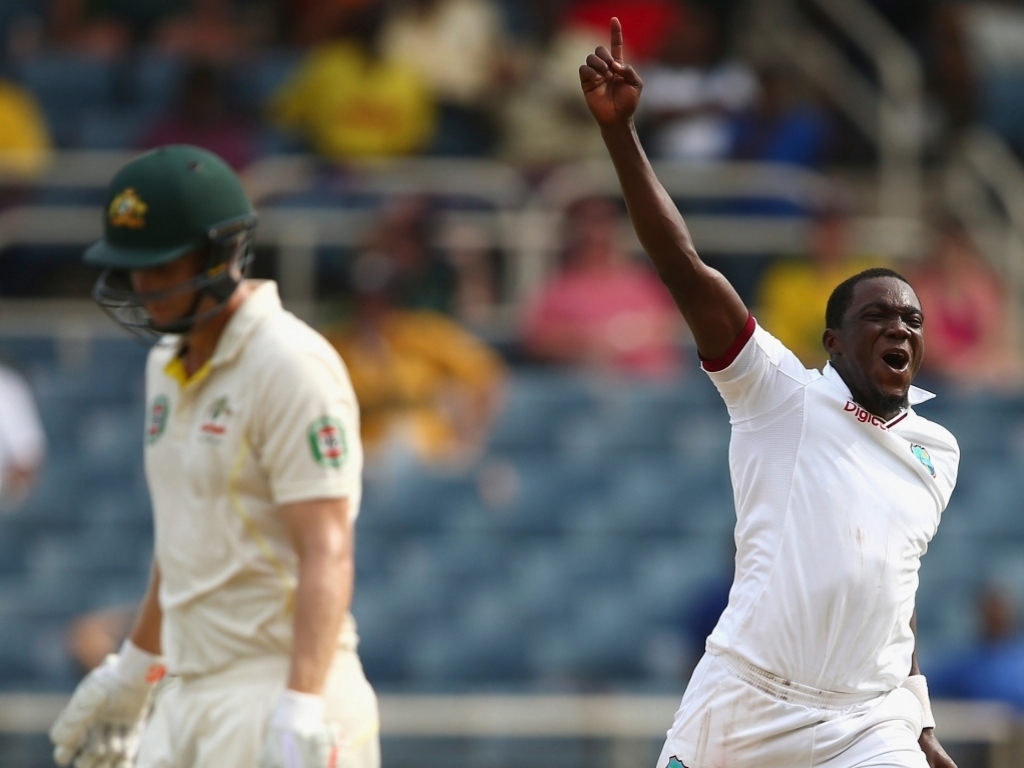 West Indies fast bowler Jerome Taylor hit back at those wondering why he only bowled 15 overs on day one in Jamaica, saying he wasn't the only bowler there and that it was a team effort against the Australians.

Taylor took three wickets and bowled eight maidens in his 15 overs, going for just 18 runs, and there were suggestions that he should have bowled more, given his efficacy. But he denied this, despite Australia reaching 258 for four at stumps.

Taylor said about his workload, and delaying the new ball till day two: "I'm only one person. It is a bowling unit and each of us have to get a fair chance out there.

"So, at the same time we know what is required moving forward, so it is a case where each and every one has to chip in. And I think the effort was good at the end of the day.

"The old ball was working for us. We didn't know what the new ball would have been like. So, what was happening was the work we were doing, bowling as well as possible, and see what we could get out of it.

"So, it is about taking the new ball tomorrow, at whatever time, and at the end of the day it is what it is. It is a good team effort."

Taylor also felt it was a good call to bowl first, as his own efforts showed, despite Steve Smith scoring a century to rescue the Aussies from collapse. The paceman was pleased to do well on such a historic ground.

He added: "It is a decision that the captain took and decided, we have to support the skipper 100% so as the bowling leader it was up to me to lead the charge from the front.

"It means a lot to me. Of course it is my home crowd, this is a happy hunting ground for me. I have memories that will live with me for the rest of my life. So, being here performing for the crowd and the people of the West Indies and Jamaica, it is just a fantastic feeling.

"Once you are comfortable with your run-up and have you balance then, I mean, that's the two primary things, so it is about hitting the area and concentrating for a long period."