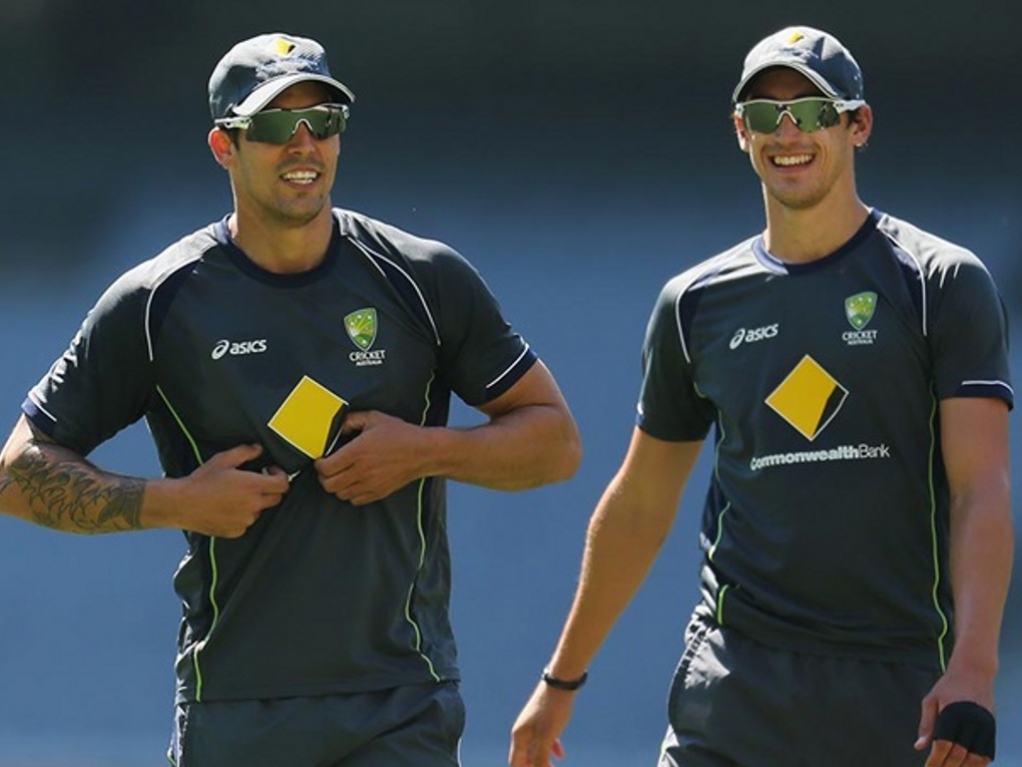 Former Australia captain Mark Taylor says he would find it difficult to pick both Mitchell Starc and Mitchell Johnson in the Test side, despite their high wicket count, unless they become more economical.

Taylor feels that the pacemen, who are both left armers, are too similar, and that they're too expensive to have both in the same XI, as the Ashes showed. Both hovered around the 4 runs per over mark.

Taylor also added that he had no influence over the selectors in this regard: "As I was then and as I'm speaking now, I'm speaking as a cricket commentator. That's my role first and foremost when we're at the ground.

"This idea that there's discussion in CA's offices (about Johnson and Starc), that's totally irrelevant.

"It doesn't matter what people in the CA offices think. It matters what the four selectors think. That's the only office you've got to worry about.

"What I said at the time, and I stick with it, is I would find it hard as a selector to pick them (Johnson and Starc) both in the team if they both bowled the same way they did in the Ashes series.

"They both at times picked up wickets but they were also going at four-and-a-half, five and sometimes six an over. And from a captaincy point of view it makes it almost impossible, as we saw in the Ashes series, to apply pressure if you have two bowlers who are in a way similar.

"There are some things that make them dissimilar, but there are similarities in the way they bowl.

"If they both want to be attacking left-arm bowlers who are just purely looking for wickets and going and five and six an over, it's very hard to pick both of them."

Both bowlers have been doing very well in the Matador Cup though, after a break from the game after the Ashes tour, so it seem unlikely that Taylor's wish will come true in the Tests against New Zealand next month.