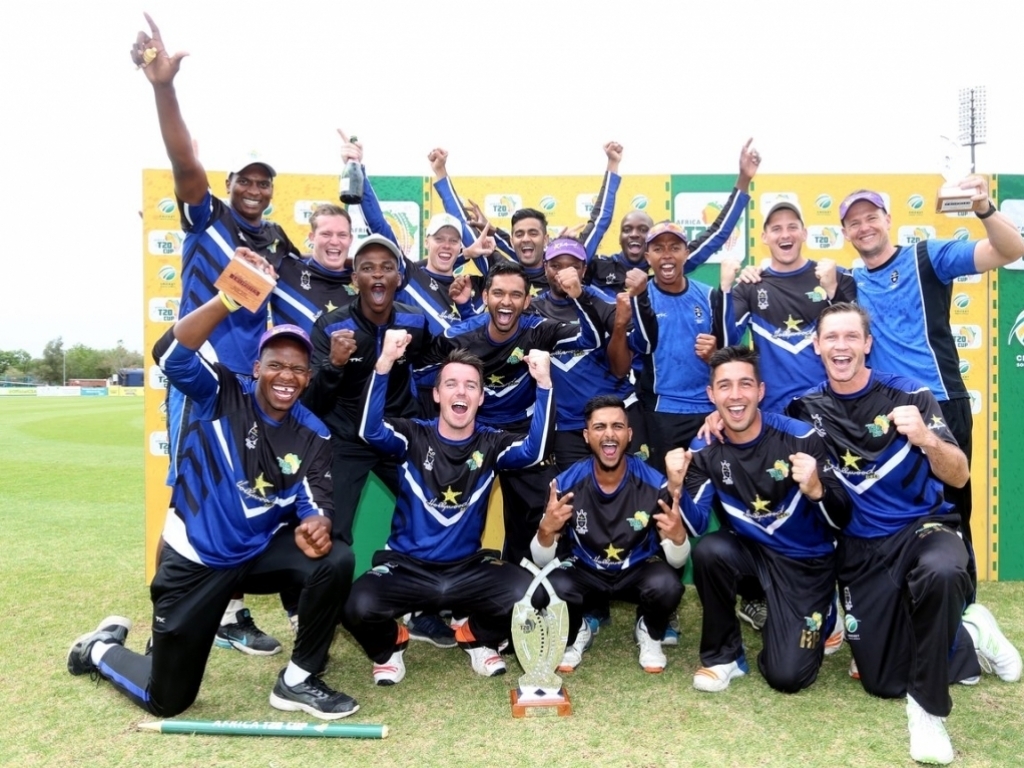 KwaZulu-Natal Inland captain Lefa Mosena believes that the ‘family unit’ created at the union was a driving factor in their Africa T20 Cup success after they were crowned 2017 champions in Kimberley on Monday.

The Pietermaritzburg team beat Free State by six wickets at the Diamond Oval to claim the title for the first time.

They restricted their Bloemfontein opponents to 128 for five in the final, before cruising past the victory target with 13 deliveries to spare.

There were no outstanding performers in the final, with almost everyone playing a role in his own way as KZNI made amends for their disappointment two years ago when they were runners-up, by going all the way this time.

“It’s a big relief,” skipper Mosena said. “We were hurting when we came here because we knew we had been to the final two years ago and lost it.

“So we wanted to rectify that, especially with the amount of work we’d put in to get here again. So I’m just happy we got across the line.”

Opening batsman Sarel Erwee ended as the top run-scorer in the competition with 231 runs, although he did fail in the final.

Amongst the bowlers, Nduduzo Mfoza and Attie Maposa ended with the joint second-most wickets of six apiece.

“I think more than anything we just played for each other,” Mosena explained. “Everyone ensured that whatever they did, it was always the team that came first.

“Even though there were some outstanding individual performances, we all knew that was not our main theme. I think that’s what played a vital role and worked so well for us this year.”

Mosena was also grateful for the support that followed them to the Northern Cape for the finals weekend, which saw them begin with an eight-wicket semi-final triumph over Gauteng on Heritage Day Sunday.

He added: “I think with the amount of people that came through from Pietermaritzburg, it showed what a good family this team is.

“I mean working for each other, we had ground staff members here, the CEO and it just shows the type of family we’ve built there at KZNI and that’s why we won.”