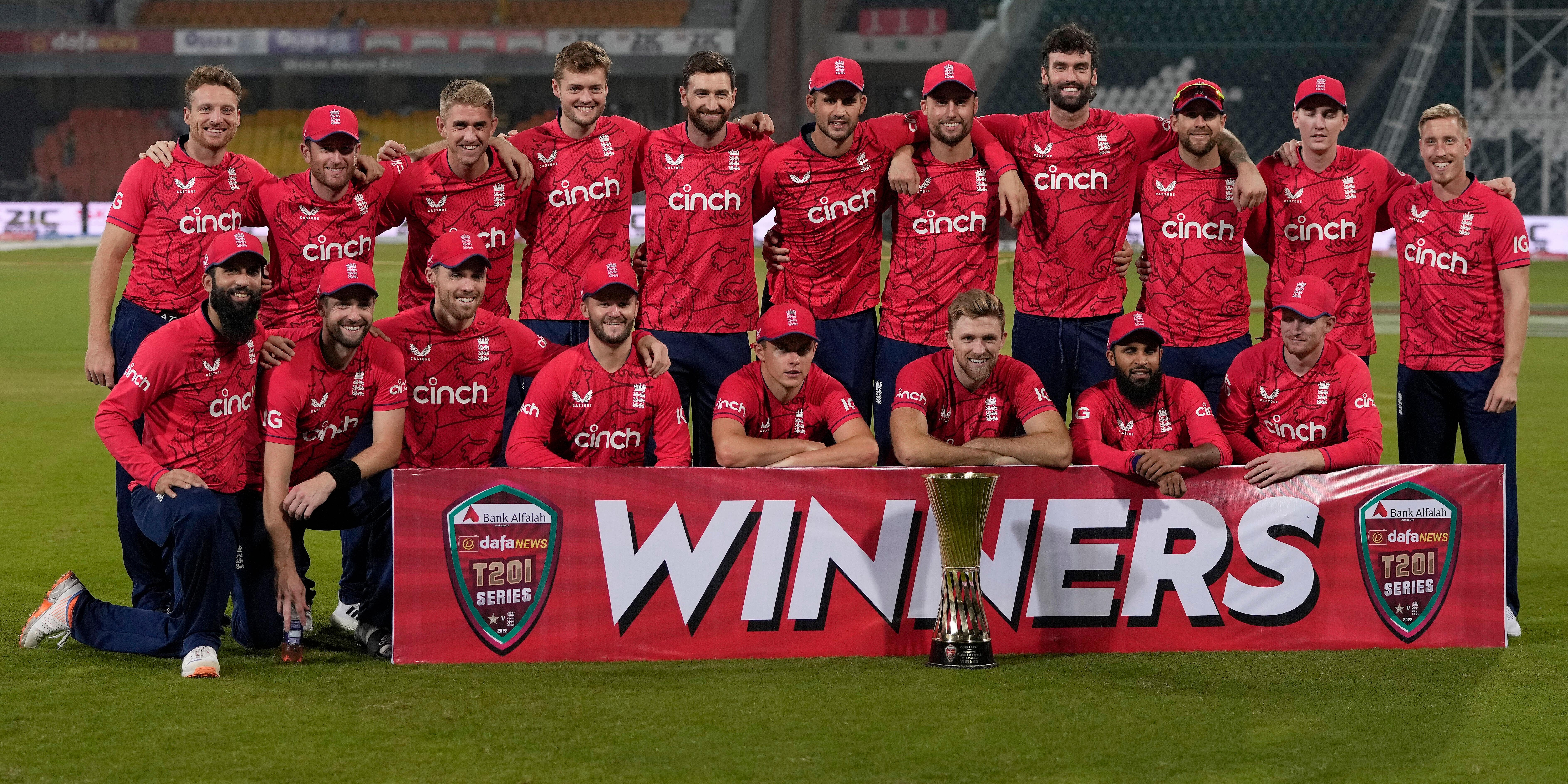 Moeen Ali believes England’s series win over Pakistan proved how “dangerous” they will be at this month’s Twenty20 World Cup, but stopped short of putting his side among the tournament favourites.

Moeen has deputised for regular skipper Jos Buttler throughout a historic seven-match trip to Karachi and Lahore and finished up with a trophy in his hands.

The tourists breezed to a 67-run success to claim a 4-3 victory, posting 209 for three then choking off the reply at 142 for eight.

Over the course of the visit, Harry Brook has emerged as a potential superstar in the making, the returning Alex Hales and Phil Salt have established strong competition for the opening position and the seam attack has functioned impressively throughout.

And while Moeen is confident about what lies ahead at the World Cup, he ranks world number ones India and hosts Australia as front-runners.

“We’re really happy to win this series and we go to Australia in a really good position, but I don’t think we’re favourites for the World Cup,” Moeen said.

“If I’m honest I don’t feel that way at all, but I know we are a very dangerous team to play and other teams will fear playing us. But I still think Australia and India are the two favourites.”

England went into the last two games against Pakistan with no margin for error, trailing 3-2 and needing back-to-back wins to come through victorious.

That provided just the kind of high stakes cricket they wanted before a major knockout competition, but Moeen felt that calmer heads during two second-innings collapses could have seen them cruise.

“But the series has been an amazing one, to be 3-3 and then to win the last one is great. When we look back at the newer guys in particular, and how they’ve played, Ben Duckett and Brooky have been outstanding almost every game.

“We’ve had Woody and Woakesy coming back after long injuries and how we changed the team often but still managed to play well and win was incredible.”

While Pakistan will rue a defeat at home, England’s first bilateral visit to the country since 2005 has been a roaring success off the field.

The games have been well attended, well supported and the entertainment good, with plenty of glowing reviews about the experience from the England camp.

For Moeen, who has deep family ties in Pakistan, it meant more than most.

“The hospitality is one of the best in the world, people look after you really well and are so nice,” he said.

“Everything that comes with playing in Pakistan is outstanding. Even the opposition players and coaches have been looking after us, sending messages saying ‘if you need anything, we’re here’.”