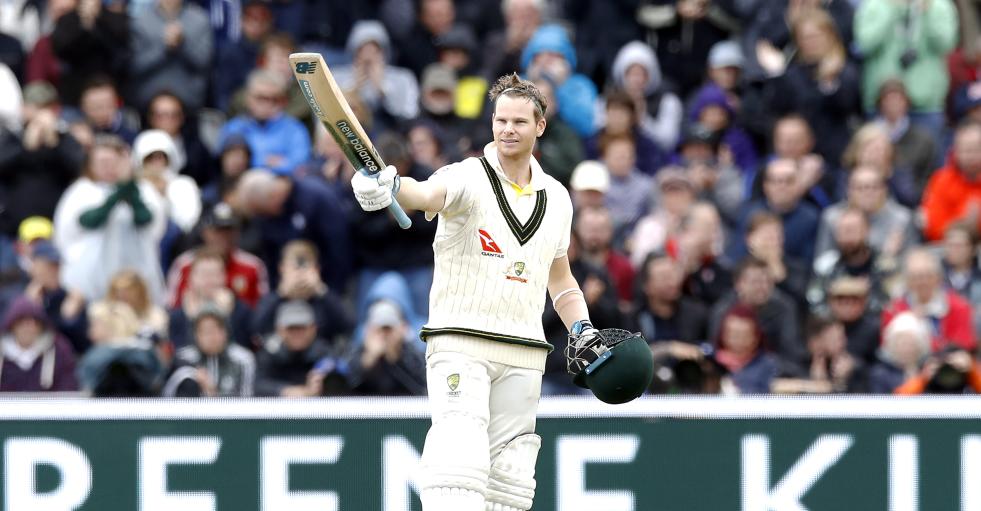 Indian legend Sachin Tendulkar has offered some advice to India’s bowlers on how to deal with Australia’s star batsman Steven Smith.

Smith is expected to play a key role in helping Australia attempt to regain the Border–Gavaskar Trophy, and previously suggested that India might bowl short to him in an attempt to stop him from scoring runs.

This was the strategy used successfully by New Zealand’s Neil Wagner when the Kiwis toured Australia in 2019-20.

Tendulkar, though, has other ideas – suggesting India’s fast bowlers should bowl a wide, fifth-stump line to counter Smith’s shuffle across the stumps.

“Smith’s technique is unconventional… Normally, we tell a bowler in Test matches to bowl on and around off stump or maybe a fourth-stump line,” Tendulkar told PTI, as reported by ESPN.

“But for Smith, because he shuffles, maybe that line moves further away [from off stump] by four to five inches.

“One has to aim between [an imaginary] fourth and fifth stump for Steve to nick one. It’s just a mental adjustment of line, more than anything else.

“Smith, I read, said he is ready for the short-pitched stuff… probably he is expecting bowlers to be aggressive upfront with him. But I think he needs to be tested on and around that off-stump channel. Keep him on [the] back foot and induce that early mistake.”

The series gets underway with a pink-ball Test in Adelaide starting on December 17, and Tendulkar believes the timing of declarations in these kinds of matches is even more crucial than in red-ball Tests.

“Probably due to difference in timing, you have to score those quick runs in the first session of the day which is afternoon when the pitch will be flat. The pink ball starts seaming around in twilight and that’s the ideal time to bowl,” Tendulkar added.

“So pacing the innings and the timing of declaration becomes very critical. Suppose you have a decent score on board and you are eight down at the sunset, you should declare rather than going for an extra 20 runs.

“Put the opposition in during that twilight hour and take two to three wickets straight up. That will be more valuable than those 20 runs.

“Get the top order out when the grass cover on the pitch is cool but not wet.

“If the grass is cool then there will be seam movement but if it’s wet, then it will go straight and just skid through the surface.

“Once the outfield gets wet and if some dew is on offer, then it will be easy for batsmen.”

India’s bowling attack over the last five years or so has been consistently been able to take 20 wickets in Test matches abroad, although Tendulkar conceded that they won’t be able to blow away the opposition every time.

On those occasions, the roles of the holding bowlers who build pressures become more important.

“As I have always said, we have one of the best and most balanced bowling attacks India has ever had,” he added.

“Eventually, you have to pick 20 wickets to win Test matches. But 20 wickets shouldn’t be too expensive either.

“Along with our attacking bowlers, we should also identify bowlers who can hold one end up on unresponsive pitches, bowl those continuous maiden overs to build the pressure.”