Home Countries Australia The Ashes series: By the Numbers

The Ashes series: By the Numbers 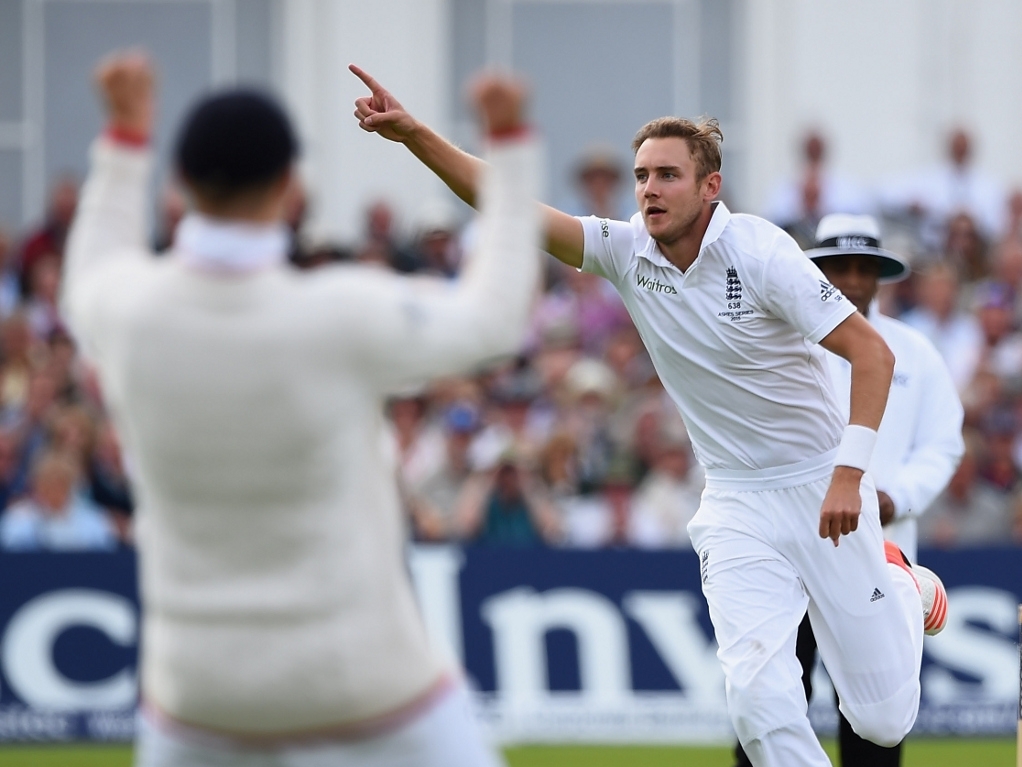 With the Ashes series wrapped up at 3-2, the Aussies pulling one back at the death to restore a bit of pride, it's time to look at the stats and facts that made up the past two months of cricket.

0 – Matches that went to five days. This was one of the quickest Ashes series ever contested, in terms of time in the middle, making for a very one-sided set of fixtures, and unhappiness for fans who had tickets for days four and five!

60 – Lowest team total. This was at Trent Bridge in the fourth Test, when the Aussies were blown away in under a session. They had no way to recovered, and that game was over in two and a half days.

508 – Most runs for Oz. Incoming captain Steve Smith was the best of the visitors, scoring a century in the final Test and a double ton, the only one of the series, at Lord's. The contrast between him and outgoing skipper Michael Clarke was stark.

5 – Warner's half centuries. The Australia opener was not spectacular, but he was certainly solid, making the most half centuries overall, in nine innings. He and Chris Rogers were decent in the circumstances, both in the top five run-getters.

173 – Rogers' best knock. The now-retired opening bat scored this at Lord's. his 'home ground' after years with Middlesex. It was his top Test score, and he leaves Test cricket boasting an average of 42.86.

12.77 – Lyth's batting average. In 10 innings, Adam Lyth scored 125 runs, with a top score of 37. Only Graham Gooch has recorded a worse Ashes series average for a top order batsman. If Lyth keeps his place, many people will eat their batting glove inners.

36.66 – England's second-best batting average. While Joe Root leads the pack with an average of 56.50, the next best is Alastair Cook, thanks to his 85 in the second innings in the final Test. Before that, number eight Moeen Ali had the second best numbers.

8/15 – Best innings figures. Stuart Broad's pre-lunch demolition at his home ground in Nottingham was by far the best display with the ball in the series. amusingly, he didn't end the match with a 10-fer, taking just the one wicket in the second dig.

4.41 – Moeen's economy rate. Of the front-line bowlers, only Moeen was this expensive. No-one else, of the regular bowlers from both sides, had a rate more than four. He did take 12 wickets, but will be glad he did fairly well with the bat to deflect from this stat.

5 – Tons scored overall. It was not a banner series for batting, it has to be said. Both sides were poor overall, but England were just slightly better with the ball. It boggles the mind that England won in four Tests, given three of the top four batsmen are Aussies.

13 – Players over 30 in the series. A whopping nine Australia players are over 30, many close to 35, which was highlighted as one of the main reasons for their defeat. Expect a clear-out. As for England, they had four players over 30, most of those not long past that. Key, one imagines.

4 – Oz players leaving the game (probably). Michael Clarke and Chris Rogers have definitely retires. Brad Haddin is likely to retire soon, to be with his family, given he left the tour. Shane Watson may not get his place back.

443 – Nevill's cap number. The Australia wicketkeeper made his debut at Lord's when Brad Haddin had to withdraw, and he was the only debutant of the series. He acquitted himself well, scoring making a top score of 59.

4 – Players who didn't get a game. Adil Rashid and Liam Plunkett for England, and Pat Cummins and Fawad Ahmed for Oz. They ran many a mile, carrying cold beverages to the middle.

1 million – Debates about pitches. Uneven bounce and too slow in Cardiff, too flat at Lord's, too slow at Edgbaston, pretty good at Trent Bridge (too green if you're an Aussie), no one cared at The Oval. Gosh, the first three games saw countless debates about the decks, but given the margins of victory, at least they were result pitches.