The best and worst of England’s famous 2005 Ashes victory

It goes down as the most memorable Ashes Series of the modern era and, 15 years on, the 2005 tussle for the ages still has those involved on the edge of their seats recalling it.

England was a nation gripped by the intensity of it all, fans of cricket joined by sports-nuts of all descriptions, as they rode together on an emotional rollercoaster.

It was a remarkable Ashes Series, and one which Shane Warne and Australia still carry the battle scars, even now. The Aussies’ regrets are matched by England’s sense of achievement, with Freddie Flintoff recalling that greatness of the side he inspired that summer. The nature of that battle is a true reflection of the Ashes and the keen, closely matched rivalry that makes this sporting contest unique.

After the 2019 series, Australia’s 33 series victories leaves them one ahead of England’s 32 with six of the 71 drawn. England travel Down Under for the 2021/22 Ashes, with Australia priced at 8/15 in the cricket betting to edge further ahead by making home advantage count in the next instalment.

There was no sign of the sheer drama and tension that was to come when the touring Aussies brushed aside their hosts in a one-sided first Test at Lord’s in late July, Ricky Ponting’s side having a 239-run advantage in London. But England responded. Oh how England responded. At Edgbaston in the second Test, the Three Lions produced one of the most memorable successes in their cricketing history.

Australia were chasing down a winning target and what would have been a hugely advantageous 2-0 series lead, and they looked almost certain to get there. Their cagey approach looked set to pay off until Michael Kasprowicz was given out on review, leaving the Aussies a miniscule two runs short and the series tied.

The show moved on to Old Trafford but rain delays didn’t help the third Test. Australia were under pressure this time but they eked out a draw, further upping the ante and the tension. England gained the upper hand at Trent Bridge only after a nail-biting finale, a three-wicket success inspired by the Man of the Match performance of the redoubtable Freddie Flintoff when the stakes were at their highest.

England led the Ashes for the first time that summer with one Test remaining, but there was still all to play for at The Oval, as the Aussies knew victory in the final clash would see them taking the Urn back Down Under in the event of a drawn series. 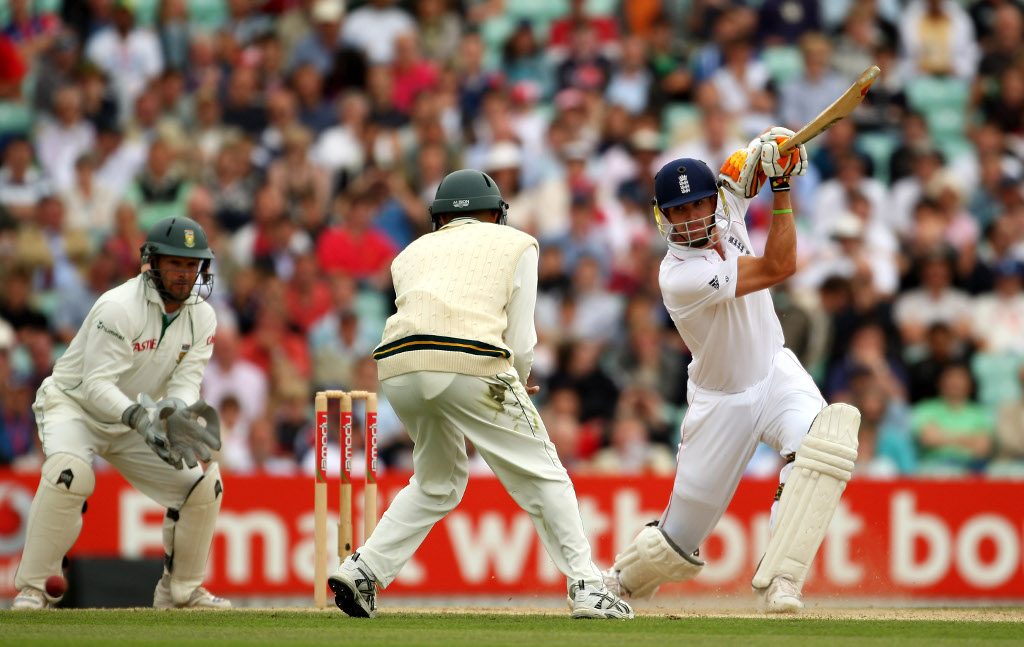 Tourists run out of time

It was in the balance on the final day as Glenn McGrath and Shane Warne started to deliver with the ball for Australia, pushing them towards a winning position. Kevin Pietersen responded with a super 158 knock for England, ensuring the hosts too could sense a positive outcome.

That effort was to prove the difference. It left Australia starved of time to respond and chase England down. Bad light cut play off and, as the evening closed in, the umpires called time and the fifth Ashes Test was declared a draw, giving England the 2-1 series victory.

Pietersen was the star of the final test but Flintoff was the man of the summer. He and Steve Harmison were the arches on which England’s bowling stood and Flintoff reflects strongly on that axis.

“Talk about belonging and being a part of something; being part of that bowling attack was the best ever,” Flintoff told Sky Sports.

“[Steve would] frighten them to death and then I’d come on first change and take a bit of the glory.”

Flintoff certainly had his glory moments during what any England cricket fan will recall as the summer of all summers and a truly unforgettable Ashes collision.