Home News ‘The dressing room will never be the same’

‘The dressing room will never be the same’ 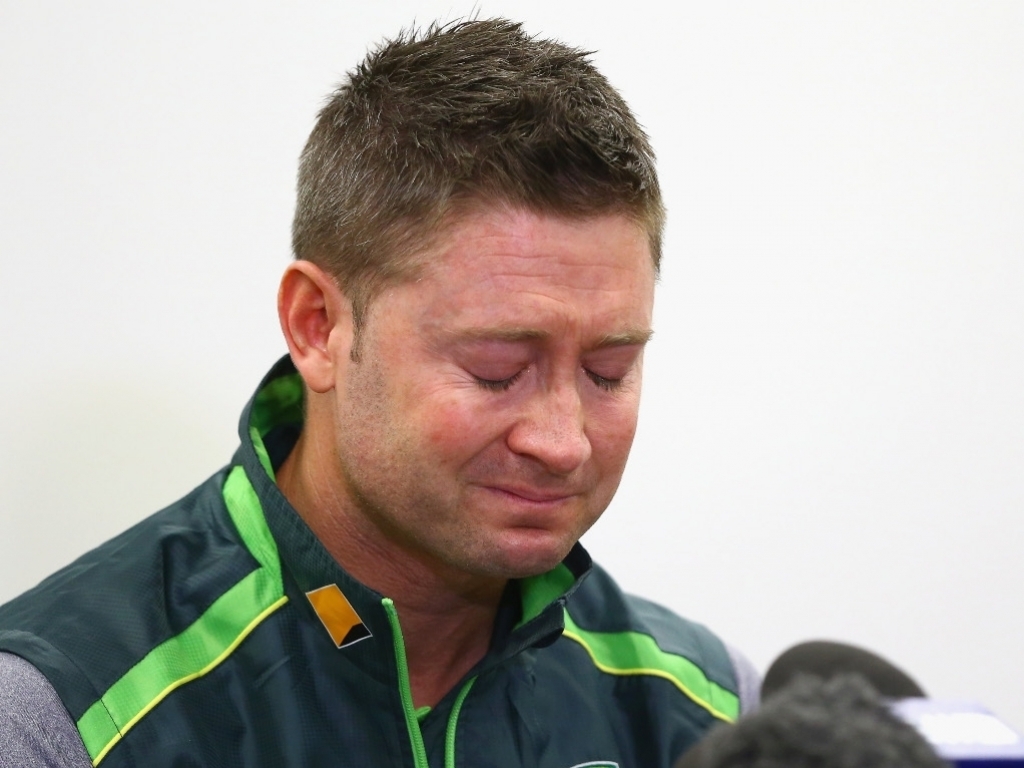 Australia captain Michael Clarke has read an emotional and heartfelt tribute to deceased batsman Phillip Hughes, saying the dressing room would 'never be the same again' after the loss of their friend.

The skipper was forced to face the media on the day of Hughes' death, reading out a statement from the player's family, but Friday's statement came from the team after they'd gathered in Sydney to grieve together.

Clarke, one of Hughes' best friends, struggled to stay composed as he addressed the media, and he explained that the number 64 ODI jersey would be retired in honour of the 25-cap batsman.

Clarke, in tears for much of the statement, read: "Words cannot express how we feel as a team right now. To Greg, Virginia, Jason and Megan, we share in the deep pain that you're feeling.

"We're going to miss that cheeky grin and that twinkle in his eye. He epitomised what the baggy green is about and what it means to us all. the world lost one of its great blokes this week, and we are all poorer for it.

"Our promise to Hughesy's family is that we will do everything we can to honour his memory. Last night I asked Cricket Australia if Hughesy's Australian one day international shirt No. 64, could be retired, to which they agreed. That means so much.

"His legacy of trying to improve each and every day will drive us for the rest of our lives. We'd like to thank everyone both here and overseas for the touching tributes to Hughesy in recent days.

"Our dressing room will never be the same. We loved him and always will. Rest in peace, Bruzzy."

The fate of the first Test against India next week has not been decided. The warm up game in Adelaide was called off, with the BCCI's approval.