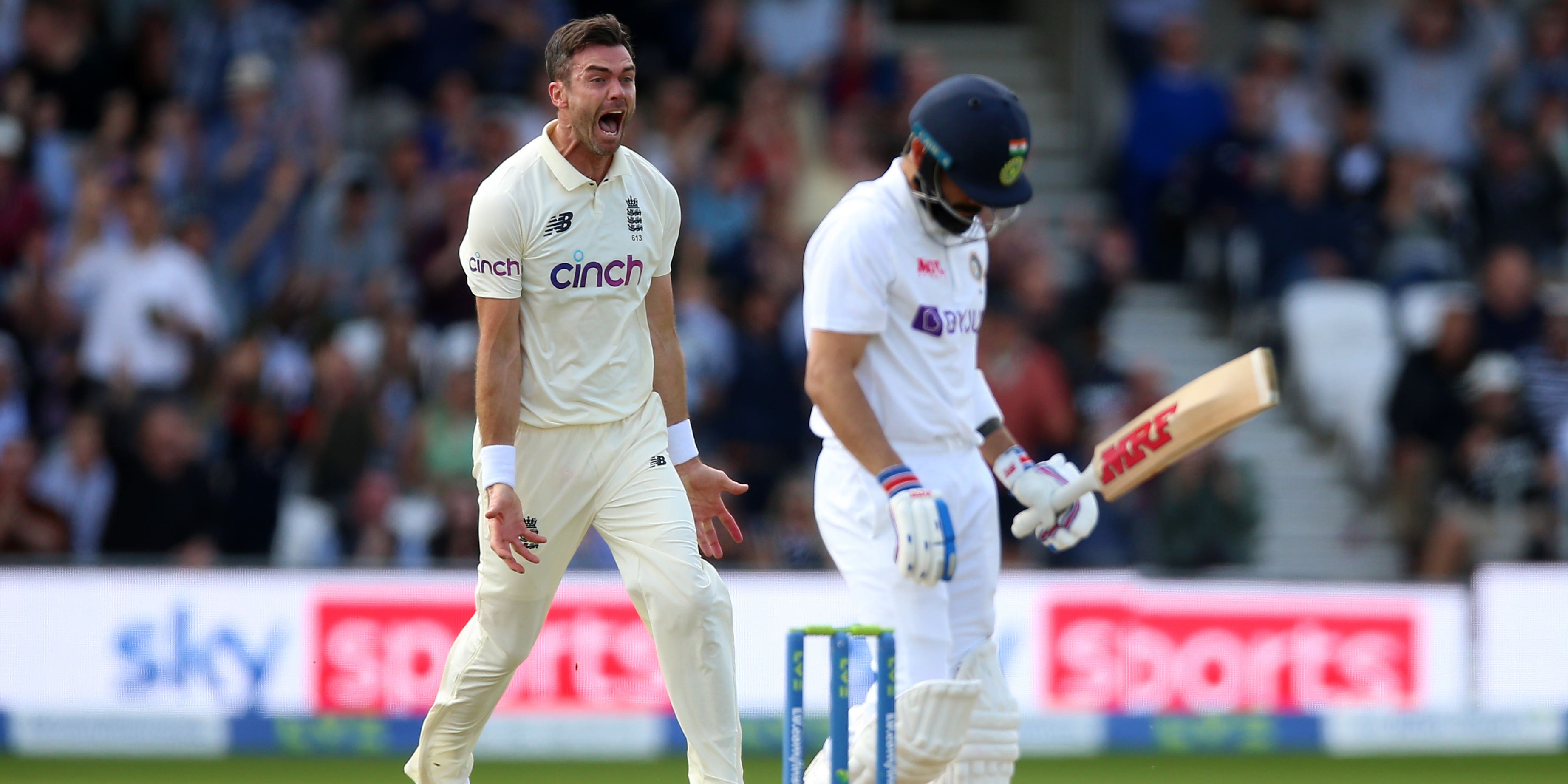 England bowled out India for 78 on day one of the third Test at Headingley.

It was India’s ninth lowest total in Test cricket.

Here, the PA news agency takes a look at the occasions they posted lower totals in a Test innings.

India posted the worst Test score of the 21st century – and seventh lowest in history – when they were skittled for just 36 in the 22nd over of their second innings. The tourists had a first-innings lead of 53 runs but ended up suffering an eight-wicket loss. Opener Mayank Agarwal top-scored with nine while Australia’s Josh Hazlewood took five for eight in five overs.

42 v England, Lord’s, 1974
England claimed victory by an innings and 285 runs after an India side that included Sunil Gavaskar were bowled out for just 42 in 17 overs during their second innings in London. Eknath Solkar top-scored with 18 not out, with no other batsman passing five.

58 v Australia, Brisbane, 1947
India collapsed to 58 all out in 21.3 overs, responding to Australia’s 382 for eight declared. Vinoo Mankad was dismissed with the first ball of the innings while captain Lala Amarnath top-scored with 22. India improved slightly in their second go, making 98 as they lost by an innings and 226 runs.

England posted 347 for nine declared before India only lasted 21.4 overs as Fred Trueman took eight for 31. Matters only improved slightly in the second innings as they made 82 in an innings-and-207-run defeat.

66 v South Africa, Durban, 1996
India had a Boxing Day Test to forget as they were bowled out for 66 chasing 395 to win. The tourists were dismissed for 100 in their first go, with Allan Donald taking five wickets, and he took four for 14 in the second as India were dismissed in 34.1 overs.

67 v Australia, Melbourne, February, 1948
Following-on after making 331 in their first go, first-inning centurion Mankad was caught behind from the second delivery as India were bowled out in 24.2 overs. Australia secured victory by an innings and 177 runs.

India captain Dilip Vengsarkar, in his first Test as skipper, was made to rue his decision to bat first as India were bowled our for 75 in 30.5 overs – their lowest Test score on home soil. Patrick Patterson picked up five for 24, and despite making 327 in the second innings, India were beaten by five wickets.

76 v South Africa, Ahmedabad, 2008
Dale Steyn took five for 23 as India only managed to score 76 in 20 overs. Irfan Pathan top-scored with 21 not out, with the second highest scorer being extras (19). South Africa hit 494 for seven declared on their way to victory by an innings and 90 runs.