‘The guys that have stepped up to the plate’ 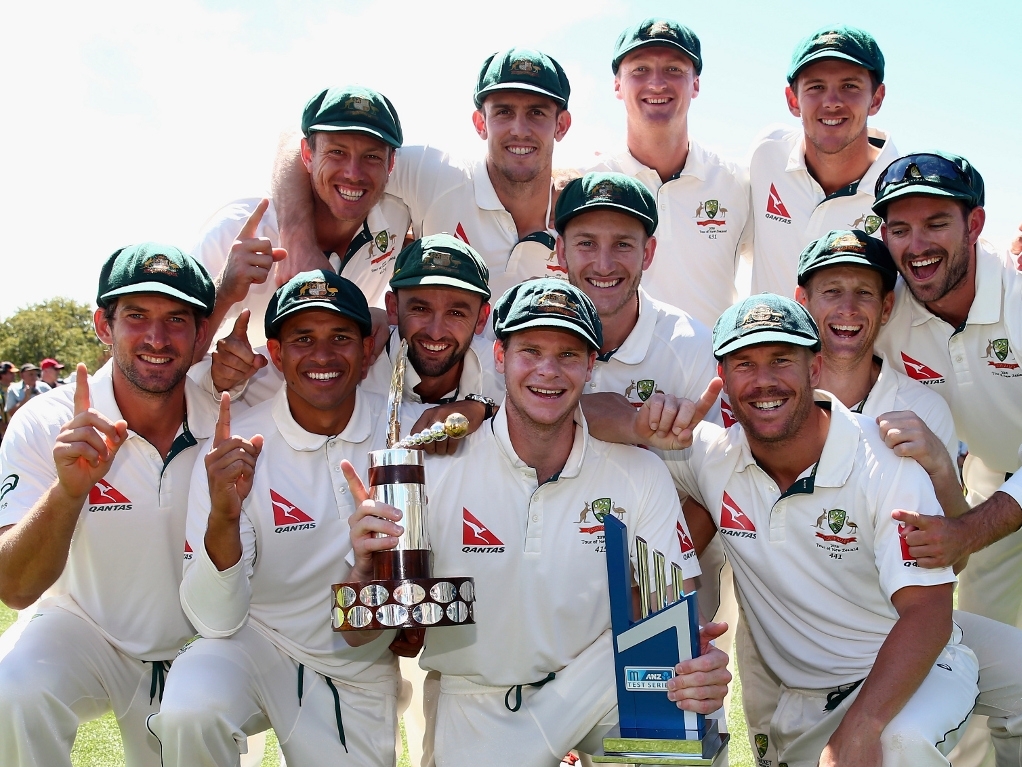 With Australia now officially the number one ranked side in Test cricket, captain Steve Smith paid tribute to the all the players that have retired from the game in the last 12 months.

The Aussies will receive the Test mace given to the best Test team at end of the cycle over a four-year period, with Smith having taken over the captaincy from Michael Clarke at end of last year.

Clarke oversaw series victories over England at home and South Africa away while Smith has presided over victories against New Zealand, at home and away, and the West Indies at home.

Along with Clarke openerChris Rogers, Brad Haddin, Shane Watson, Mitchell Johnson and Ryan Harris all retired from the longest format and Smith was quick to pay tribute to his former teammates.

However he also praised the current players for taking their chances after wining the second and final Test against New Zealand in Christchurch that sealed a two-nil series win.

Smith said after winning at Hagley Oval: "A lot of credit has got to be given to the guys who have recently retired as well.

"The ranking system goes for quite a while and those guys were quite a big part of our success as an Australian team.

"Having said that, the guys that have stepped up to the plate since those six big retirements have been outstanding and I'm really proud of the way the boys have been performing."