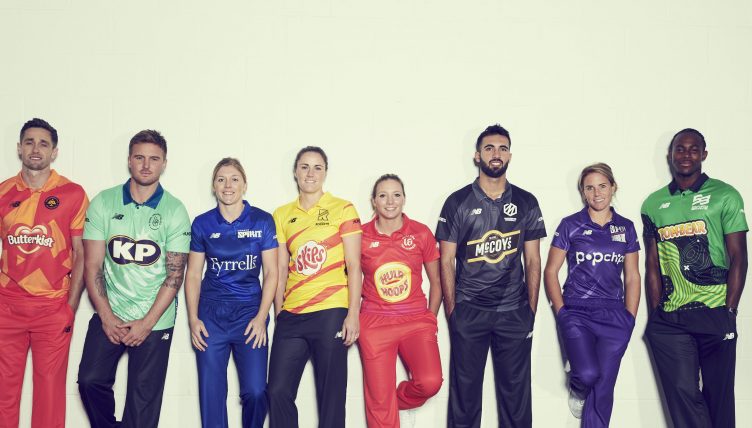 The Hundred’s inaugural season has been postponed for a year after the England and Wales Cricket Board accepted the likelihood of empty stadiums and absent overseas stars made this summer’s launch unviable.

The new 100-ball competition, featuring eight city-based franchises rather than the traditional 18 counties, was due to begin on July 17 but will now be pushed back to the summer of 2021 in response to the ongoing threat of coronavirus.

An ECB board meeting was convened to discuss the matter and the deferral was rubberstamped during a teleconference on Wednesday.

With the uncertainty over international travel putting question marks over big foreign imports and the idea of playing behind closed doors standing directly at odds with the mission statement of bringing new fans into the live arena, the problems represented a perfect storm.

ECB chief executive Tom Harrison, one of The Hundred’s main advocates, has faced down much criticism of the project over the past couple of years but thinks the precarious financial position awaiting on the other side of lockdown makes its successful rollout even more crucial.

“The situation we find ourselves in as a country means that delivery of The Hundred will not be possible this summer,” he said.

“Whilst we are naturally disappointed that we won’t get to realise our ambitions this year, The Hundred will go ahead in 2021 when we are safely able to deliver everything we intended to help grow the game.

“As we emerge from the fallout of Covid-19, there will be an even greater need for The Hundred. Our survival as a game, long-term, will be dependent on our ability to recover financially and continue our ambition to build on cricket’s growing fanbase. That need has not gone anyway, if anything, it is now more critical.”

On the increasing probability that there will be no live crowd if and when cricket does return in 2020, Harrison told the BBC: “Clearly I think people are understanding that behind closed doors is our only option this year, with respect to putting cricket on.

“The thought of crowds this summer is not something that is realistic in the context of the public health crisis.”

Harrison told Sky Sport’s Cricket Show that The Hundred had been in line to make GBP 11million in its first year, an impressive projection for a fledgling concept but one that does not include direct payments of GBP 1.3million to each of the 18 first-class counties, plus MCC. Those figures are deemed a dividend and do not form part of the ECB’s profit/loss equation.

“The competition is profitable and puts us with the IPL (Indian Premier League) in terms of the only tournament that will be profitable in its first year, in terms of domestic cricket T20 tournament,” Harrison told Sky.

“There’s a lot of different figures that you’re going to read around the place but we can be completely upfront and say the budget is GBP 40million, and the profit this year will be GBP 51million.”

Those numbers have now shifted considerably, with costs and revenues both falling sharply, but there has been no decision yet on how much money the counties and the 112 players who were drafted by the franchises will receive. The ECB has approved payments up until the end of July as part of its initial action on coronavirus, but the remainder is subject to debate.

Player contracts are worth between GBP 125,000 and GBP 30,000 in the men’s edition and from GBP 15,000 to GBP 3,600 in the women’s. The PA news agency has been told by one player from the higher wage bracket that confirmation is expected in weeks rather than days.

“Those discussions are under way,” Harrison told the BBC.

“The contracts contemplate situations like this, obviously not the exact situation but we do have the ability to have those discussions through what is written down in the contracts.”

The decision to delay has been met with support by some of the ECB’s key stakeholders. Long-term broadcast partners Sky Sports said: “We’ve seen some very good times together and now we stand side by side in difficult circumstances, both determined to come out on the other side with the long-term health of the game intact.”

The Hundred was due to be a cornerstone of the BBC’s return to the live cricket business, showing 18 matches in total and the organisation said: “We’re in unprecedented times and whilst it’s disappointing the competition can’t take place this year, we absolutely support the decision to launch The Hundred in 2021.”

KP Snacks, official shirt sponsor for all eight franchises, has backed the decision.

“Our commitment to the competition is unwavering and we are hugely excited for our continued involvement with this new and action-packed brand of cricket,” read a statement.