Home News The ICC T20 Squad or Retirement: What’s on the Cards for Mahendra Singh Dhoni?

The ICC T20 Squad or Retirement: What’s on the Cards for Mahendra Singh Dhoni? 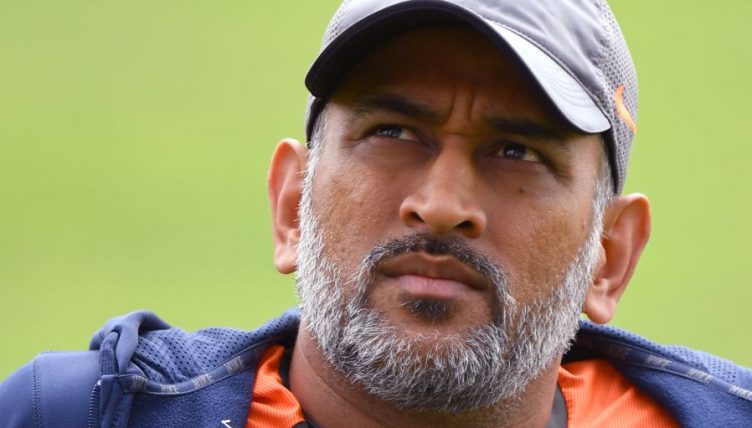 Former Indian skipper Mahendra Singh Dhoni is on a self-imposed sabbatical since the semi-final loss against New Zealand in the 2019 World Cup, there is still no clarity on whether he will return to international cricket at all.

Mahendra Singh Dhoni distanced himself from international cricket more than a year ago. According to sources, his return to the international fold depended largely on his performance in the Indian Premier League (IPL) this year.

Team India’s head coach, Ravi Shastri, for one believes given Dhoni’s age he is best suited for shorter formats like T20. According to Shastri, to get into the squad MSD must get into the “grooves” starting with the IPL. But in wake of the COVID-19 pandemic, the Board of Control for Cricket in India (BCCI) canceled the much-awaited tournament.

At the time, cricket betting seems to be more popular than ever, and punters are still scratching their heads over Dhoni’s availability. India’s chances of winning the World T20 this year, if it’s to be held, will differ significantly depending on Dhoni presence.

With no solid news from the cricketing community, many speculations have surfaced about the 38-year-old’s future on the field.  In an event in Mumbai last year, when asked about his plans to resume playing international cricket his response was, “don’t ask me till January.” It’s months beyond January however, an official statement is yet to be released.

Dhoni spent some time last year as an honorary lieutenant colonel in the army regiment in Kashmir. To do so, he had to miss the West Indies ODI tour. Given his absence from any cricket series (club or country), the selectors are now looking for a replacement.

While the wicket-keeping batsman is in consideration for a spot on the team for the forthcoming ICC World T20, a few young guns are fighting for the same spot. In his absence, the selector’s favourite contender thus far was Rishab Pant, but his inconsistent performance in the last matches has further fuelled the debate. They have also been backing up Sanju Samson for the wicketkeeper-batsman’s role but like Pant, he is yet to convince the selectors. Whether the selectors will consider the former skipper or still look past him remains a mystery for now.

As for Kapil Dev, he believes there’s no coming back for Dhoni after such a long break.

For the Indian cricket fans, Dhoni’s retirement will trigger departing memories of the batting legend Sachin Tendulkar. Interestingly, Tendulkar was similarly coy about his departure plans in 2013. To address this Ravi Shastri took to Twitter saying the constant speculations about Dhoni’s retirement “feels like a break-up”. You know it’s overhanging yet don’t wish to face it.

MSD led the Indian team to victory in the 2007 T20 World Cup. The iconic six that sealed the 2011 World Cup final for the Indians secured him the status as a national hero. He crossed 10,773 runs in 350 ODIs but from his World Cup performance in 2019, fans have seen his form falter.

The veteran accumulated over 17,000 runs and effected 829 dismissals behind the stump in his career so far.

Stellar performances from Kohli who surpassed Dhoni’s 10,773 runs in only 196 innings have now eclipsed the legend.  It’s surprising to see the uncertainty surrounding Dhoni’s limited-overs career.

In the past, Dhoni made a similar unforeseen decision to retire from test cricket. It came when he was 32 and in the middle of a Test series. He gave up T20 captaincy but made himself an inevitable member of the team during this transition. His experience and behind the wicket skills are arguably the best.

From analysing the situations from behind the wicket to coming up with suggestions to Kohli, his contribution has been commendable. His expertise with the Decision Review System or as the netizens call it the “Dhoni Review System” has helped the team on many occasions.

The former captain has gone through his fair share of lean patches but emerged stronger after every setback. Is this a similar rough patch in his cricketing career or is this the end of an era? Only time can tell. With the ICC T20 World Cup around the corner, it will be interesting to see what MSD decides for his future.