Eoin Morgan: The key moments in the reign of England captain 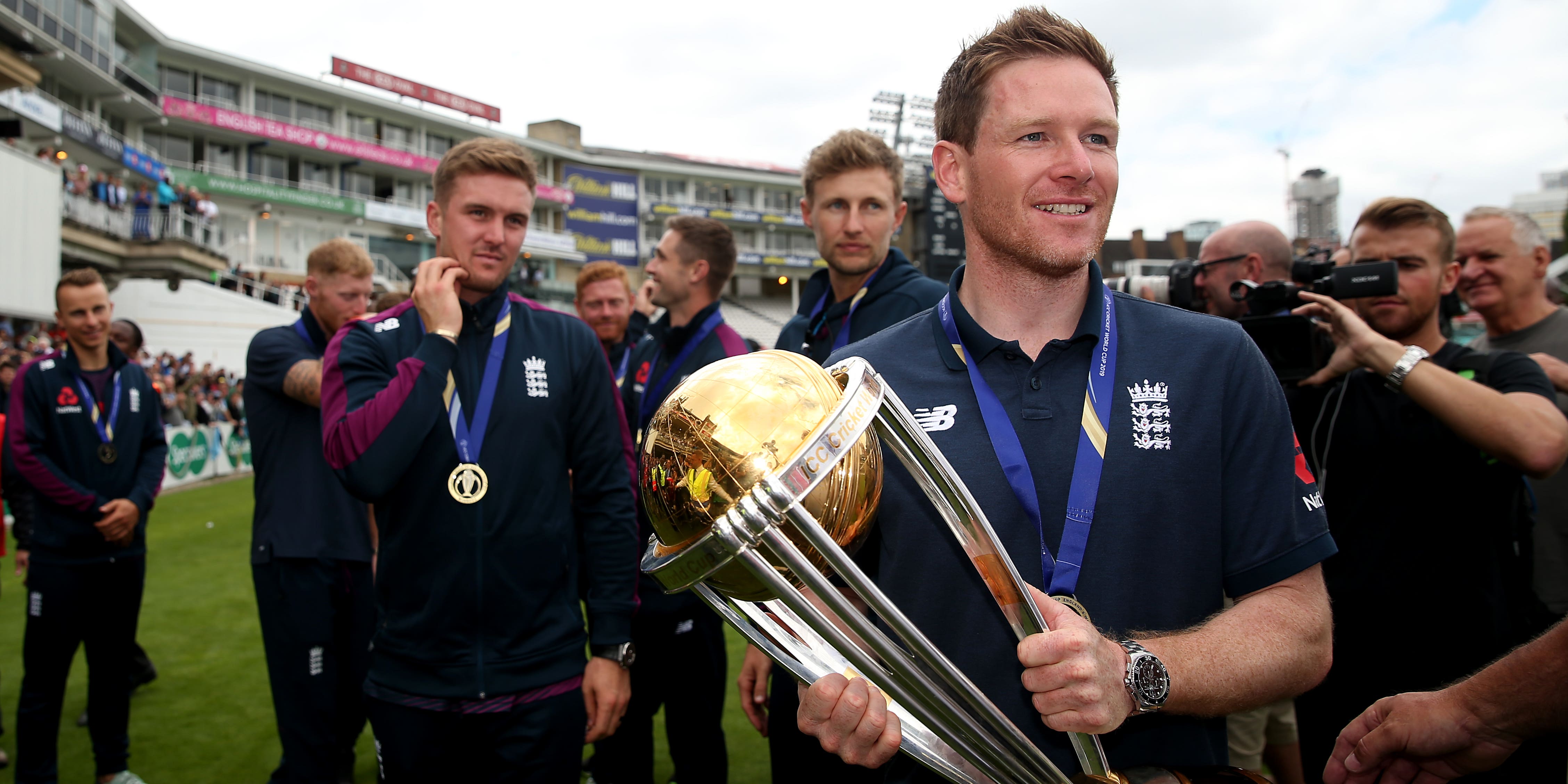 England white-ball captain Eoin Morgan is set to announce his retirement from international cricket on Tuesday.

Morgan, who captained England to World Cup glory in 2019, has played a record 248 one-day internationals and 115 T20 internationals and retires as the country’s record one-day and T20 run-scorer, posting 6,957 and 2,458 in the respective formats.

Here, Cricket365 looks at five key moments from his reign as England captain.

Morgan, who made his name for Ireland with an array of audacious, attacking strokes, was picked by England for the first time in 2009 and quickly established himself as the side’s key man.

It was therefore no surprise when, having decided to sack Alastair Cook on the eve of the 2015 World Cup, England handed the reins to Morgan.

He had captained the white-ball sides before, but his first match as full-time captain came in a drubbing by Australia in Sydney – although Morgan scored 121.

It was then straight into the World Cup, which proved to be a chastening experience for England, who were dumped out at the group phase following a humiliating defeat to Bangladesh. It was this exit that would mould Morgan’s captaincy.

The 2015 World Cup was won on home soil by Australia but it was New Zealand – co-hosts – who stood out. Brendon McCullum’s side played a brand of swashbuckling cricket which took the tournament by storm.

They thrashed England in the group – bowling Morgan’s men out for just 123 before chasing it down in just 12.2 overs as McCullum hit 77 from only 25 balls.

The Black Caps won all their group games, thrashed West Indies in the quarter-finals having scored 393 and saw off South Africa in the semi-finals.

A bitterly disappointing final loss to Australia followed but New Zealand had made their mark and made a big impression on Morgan, who has admitted that they helped shape his bold, no-fear change of culture with England’s white-ball side.

After that World Cup, England were a totally different team with an emphasis placed on the one-day game and Morgan leading a front-foot side while Australia white-ball specialist Trevor Bayliss was appointed as head coach.

Less than three months on from the World Cup, Morgan’s side turned the tables on New Zealand by smashing their record total with 408 for nine in a 210-run win over the Black Caps at Edgbaston.

England have gone on to raise that bar four times since and now hold the top three totals ever scored by any team in the history of 50-over cricket. They hit their top score less than two weeks ago with 498 for four against the Netherlands.

Morgan has built his reputation as a calm, no nonsense captain who has ultimate authority and respect in the England dressing room. The biggest call of his tenure came on the brink of the 2019 World Cup – which England had been building towards for four years.

One of the key performers in that process was Alex Hales, Nottinghamshire’s big-hitting opener who had contributed to so much of England’s bold new approach.

But Hales tested positive for recreational drugs in the build-up to the tournament and was dropped, with Morgan pinpointing a breakdown in trust between Hales and the squad.

Hales has never played for England since. It was a decision which strengthened Morgan’s position as captain and helped build his status as leader of the team.

England went into the 2019 World Cup on home soil as firm favourites. Morgan had pushed for Jofra Archer to be fast-tracked into being available for selection and he was thrown into the team as the X-factor pace bowler at the expense of David Willey.

It was another big decision but one which paid off handsomely. England were far from flawless in the group, losing to Pakistan, Sri Lanka and Australia, but hammered Australia in the semi-finals to set up a final, fittingly, against New Zealand.

The final brought incredible drama with the scores tied after 50 overs apiece and England triumphed in the most extraordinary Super Over, as Martin Guptill was run out off the final ball.

That sparked jubilant scenes at Lord’s and Morgan was the man to lift the trophy, the culmination of four years’ hard work.

He had overseen a complete revamp of England’s one-day approach and it had all come to fruition with the maiden World Cup win that will forever cement Morgan’s legacy in English cricket history.