The right approach or opportunity lost? 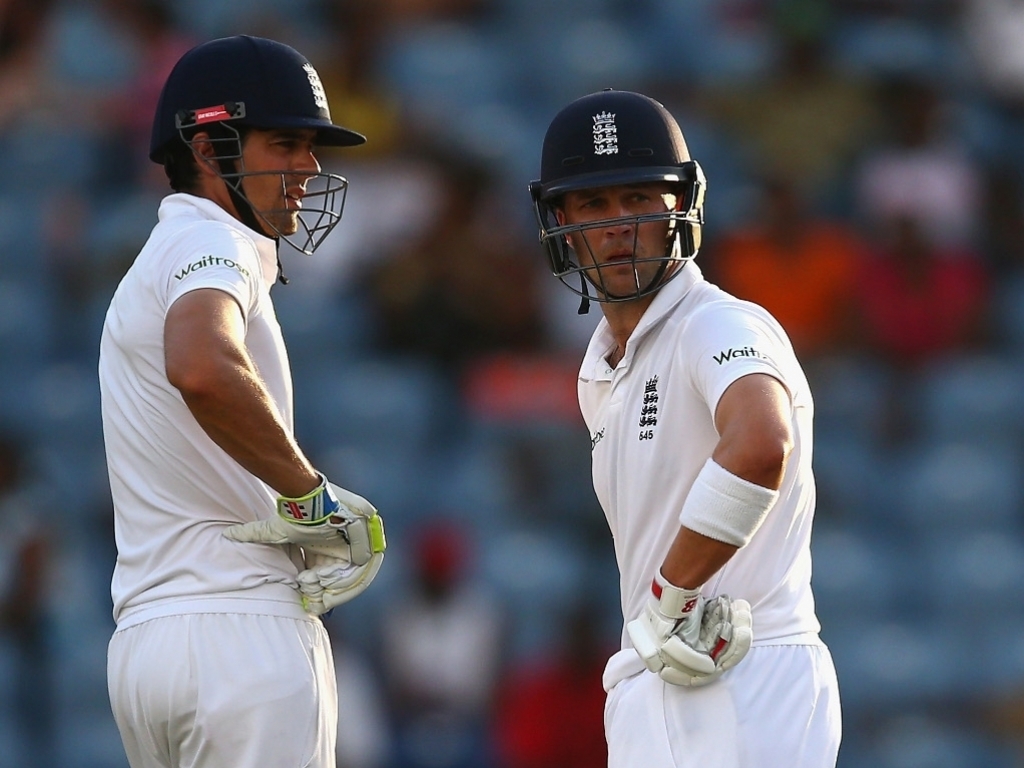 There seems to be a pattern with England cricket fans. There is always someone that people want dropped. It is hard to keep track of it all but thankfully the search function on Twitter can allow you to stay abreast of the latest developments.

Before the second Test in the West Indies started, there was talk amongst some fans of shedding the side of Gary Ballance after his disappointing World Cup. This seemed to somewhat downplay the fact that he was averaging 60 in Test cricket and had three hundreds in eight matches.

When he fell for 10 in England’s first innings at Antigua the calls were at their loudest but with innings of 122, 77 and 81 not out the 'drop him' crowd have moved on to another target.

The man who has generated the most tweets calling for his omission from the third Test is Jonathan Trott, many claiming that he doesn't look like an opener. They will tell you that he moves too much at the crease as if no opener has ever done that before.

There is only one currency that counts, and that is runs. In the second Test Trott made 59. The innings was not a convincing one but batsmen have been playing themselves into form with ugly runs for as long as cricket has existed. Now that Trott has been given the openers spot and has made some runs he needs to be persevered with.

There is a legitimate criticism to be levelled at England with regard to Trott, and that involved his selection in the openers spot in the first place. Trott undoubtedly deserved a recall to the England squad, the question is whether he should be opening.

As fantastic as it is to see Trott back in the England side, there is a very strong argument that Adam Lyth had a much more robust case for inclusion at the top of the order after his 1619 runs, at an average of 70, last summer.

Alastair Cook and this England team seem to like familiar faces around them. Just as with Matt Prior being picked last summer while clearly unfit, Trott is a member of the side that Cook has been a part for so long. Loyalty is an admirable quality, and in this case it could well be proven to be justified, but there certainly does seem to be a reluctance to give new players a go.

Perhaps this is understandable. England have certainly struggled for an opening partner for Cook since Andrew Strauss walked away from international cricket in 2012. They have had Nick Compton, Joe Root, Michael Carberry and Sam Robson. All have been discarded for one reason or another. Maybe wanting someone who has a proven record of success at this level makes sense.

This conservative approach to the selection of new players is a common thread that runs through England’s approach in recent years. There is a fine line between consistency and stubbornness and England have crossed it too regularly. There have been plenty of occasions that Stuart Broad could have been legitimately left out, and the travails of Cook are well documented.

This tour was the perfect opportunity to blood new players ahead of an England schedule that is bordering on the ridiculous over the next year. There are these Tests in the West Indies, New Zealand and Australia at home, and tours against South Africa and Pakistan. More than ever Test cricket needs to be seen as a squad game and this series was the chance to find out if those on the fringes have what it takes.

Adil Rashid looks set to finish this tour without a Test, something that irked Yorkshire enough for them to ask for their player back. While Rashid is far from the finished article he is not going to improve unless he is tested at the highest level.

He had a poor time of it against a St Kitts invitational side in a match that soon descended into farce, but that does not take away from how well he did for his county last summer. Instead, England picked James Tredwell after leaving him out when he should have been selected at the World Cup.

Tredwell did a decent job but his issues arise from his being most effective when batsmen go after him. It is why he is such a good limited overs bowler. In the second innings in Antigua when the lower order were happy to pat him back up the pitch he had no answers.

Now that Moeen Ali is available there is every chance that Tredwell has played his last Test. Surely giving Rashid a go, even if he failed, was a better option than a stop gap that tells us nothing for the battles ahead.

The factor that cannot be ignored in the selections for this tour is the pressure that both Cook and coach Peter Moores are under. After a winter filled with discontent there is legitimate chance that both men could lose their jobs.

This sense of peril would only have been increased with the comments from the incoming ECB chairman saying questions would be asked if England did not beat a side that was rightly referred to as 'mediocre'. When you are under that kind of pressure, results now are much more important than players for the future.

There are times when this conservative approach has served England well, and time will tell if that is the case when there is a need to rebuild and recapture the attention of the public.