The World Cup’s most important game 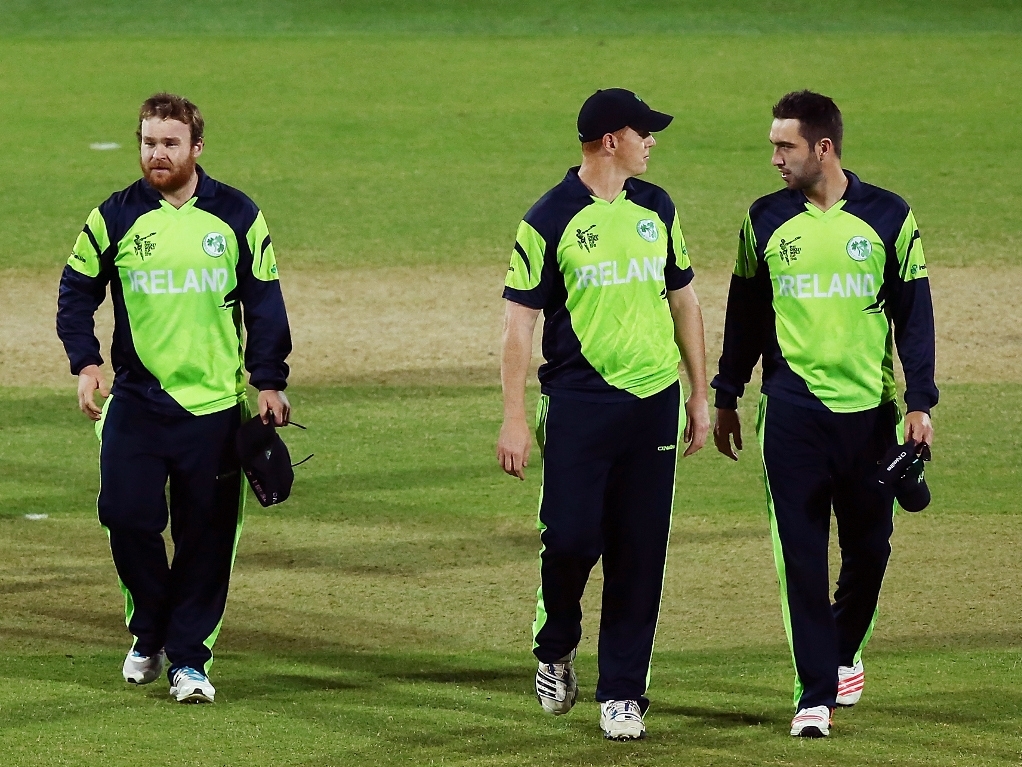 More through luck than any sort of searing foresight, the most important game of the World Cup so far was the last one played in the group stage, between Ireland and Pakistan on Sunday.

In a further example of how this was not the script that those writing the schedule would have expected, this game involved the Irish, a mere associate team that will have little chance of making it to the next World Cup in England in 2019.

They took on Pakistan in a game that was a shoot out for a quarter final spot. Ireland may have hoped that their fellow Associate, UAE, would do them a favour by beating the West Indies, but the men from the Emirates finished a distant second in that game. Their fate was in their own hands.

It is important not to underestimate the importance of this game. In a time when hyperbole and sensationalism are the currency of media, both new and traditional, it is easy to write off talk of something being truly significant with an air of jaded cynicism. This match was as much about the future of cricket as any other.

The plan to exclude Associates from the next World Cup would have become even more farcical with an Ireland win. An Ireland loss and the ICC can talk of how 'no Associate sides made the knock-out stages' as justification of their short-sighted and small-minded decision.

Of course, Ireland have already exposed that decision as nonsense with their performances in this World Cup. Wins against Zimbabwe and West Indies, both full members, have shown that the divide that cricket insists on creating exists only to stymie growth, not for any sporting reason.

Having won the toss, Ireland elected to bat, by far their strongest suit, and thanks to a William Porterfield hundred they went into the latter stages of their innings looking set for a score in excess of 250.

It was an innings of class and heart from the Irish captain, as wickets fell around him he stuck to his game plan and kept Ireland in the game. His 107 was Ireland’s second century of the World Cup, twice the number Pakistan have managed at the event.

Batting hasn't been Ireland’s problem though. With Trent Johnson retired, Tim Murtagh injured and Boyd Rankin kicking his heels as an England reject, this bowling attack is not what it was. In the two games that they have won against full members they have scored over 300 and conceded over 300.

It has been the batting that has got them into contention, and the Porterfield hundred made you think that there was a chance of more of the same. The pressure of this must-win game would make anything over that 250 mark a tough ask, although in reality Ireland needed something closer to 300.

As it was, Ireland limped to 237 as some brilliant Pakistani bowling, and the inability of the Irish to find the gaps in the field, saw them score just 49 runs from the last 10 overs. With 100 runs at the death being more common at this World Cup, it put massive pressure on an Ireland bowling line up that has been amongst the weakest of any team in this tournament.

Ireland bowled reasonably, but without any real pace, turn or mystery, and defending this kind of total was always going to come down to whether Pakistan beat themselves rather than losing to Ireland. A flat pitch and short square boundaries meant that anything that was remotely wayward from the Irish bowlers was severely punished. It was all too easy for Pakistan as they ran out easy winners.

So Ireland aren't in the quarter-finals, but they have asked many questions of the full members, both on and off the field. In every press conference they have made their frustration at the current status quo very clear.

And frustration is the word that is most fitting when you speak to Associate cricketers. There is a resigned sigh that is all too audible when you ask them questions about the prospects of them getting any higher up the well-greased slippery pole. Even on-field success doesn't help them break through the concrete reinforced glass ceiling.

Captain Porterfield and Ireland’s most experienced batsman Ed Joyce have both been scathing on the subject of 'status'. Speaking ahead of the game against Ireland, Porterfield said: "I don't think teams should be associated any differently. As far as I'm concerned, there is a ranking system in place and that’s where we're at."

Ed Joyce was just as unequivocal, saying; "The ICC wants us to turn up every four years in World Cups and be competitive, yet we don't play any games in between. We played nine games the last four years against top-eight teams."

Almost every Ireland player has made public comments on Twitter about their anger at being left out in the cold. The time when Associate cricketers were happy to meekly accept scraps from the full member table is gone, and Ireland have been the trailblazers in that regard.

Pakistan are a better side than Ireland, but they are not that much better. Certainly not so much better than one should be virtually guaranteed a place at the next World Cup and the other should be given almost no chance of making the tournament. There is still time for the format for 2019 to change, but the ingrained structural inequalities of world cricket are here to stay.

Pakistan ran out easy winners here, chasing down their target with 23 balls and seven wickets to spare. Ireland have many great things going for them as a cricket team, but they have just as many failings. They have lit up this World Cup, getting a lot closer to a quarter final than their English neighbours.

If this is their last ever World Cup game, then cricket has failed in its most basic duty of growing the sport.

Perhaps Joyce should be given the final word on this Ireland campaign and what it means if they can't play at the next one.

"It's a vicious circle, if we get more games and play more World Cups kids are going to want to play, sponsors will want to be involved. If we don't no one's going to be interested and, frankly, I don't see why anyone should be."