Home Indian Premier League ‘These are situations when champions are made’

‘These are situations when champions are made’ 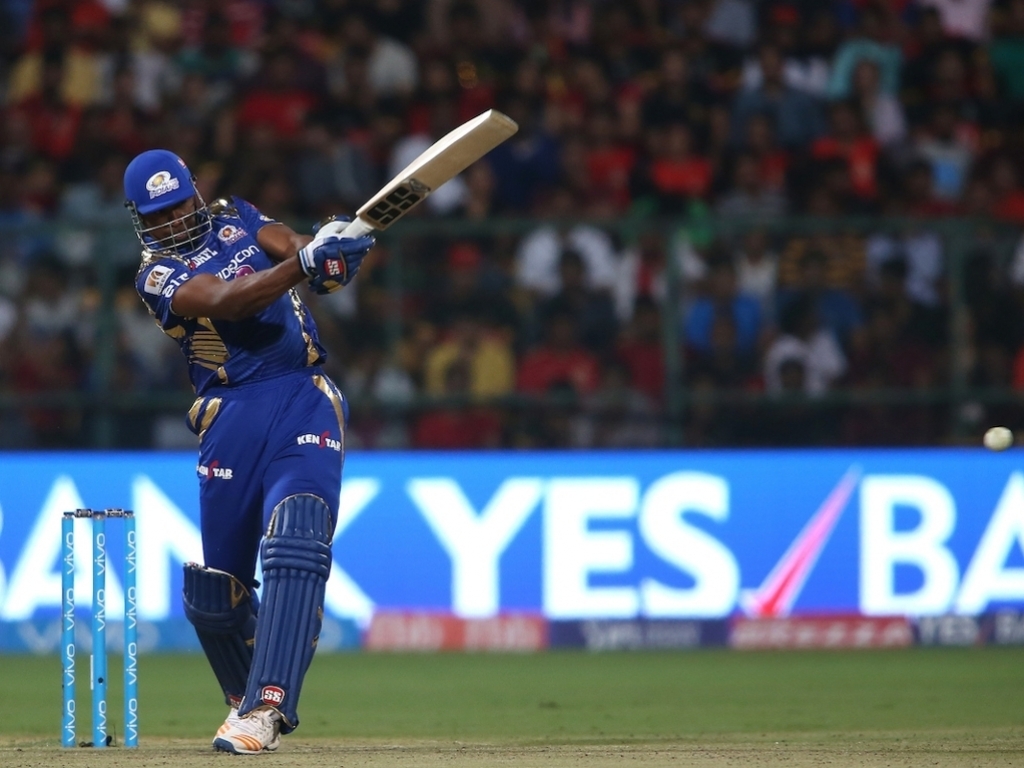 West Indies and Mumbai Indians allrounder Kieron Pollard was understandably delighted with his performance against the Royal Challengers Bangalore in the IPL.

Pollard hit a composed and beautifully put together 70 to rally the Mumbai Franchise to a tremendous comeback win after they slid to 7 for 4 early on.

The big man said as he received his man of the match award: “I just thought these are situations when champions are made. I thought of that and struck to my strength, hit it down the ground.”

Pollard shared a 93 run partnership with Krunal Pandya who came in after Samuel Badree claimed a fourth wicket with the final ball of his allotted four overs adding to his earlier hat-trick and leaving the Mumbai Indians 33 for 5 after eight overs.

Krunal was composed in his approach, running well between the wickets and playing an excellent support role.

Pollard said of his partner: “Krunal came in and showed his maturity too. It was a matter of watching what their bowlers.”

The pair had decided there were certain bowlers who they would target with spinners Pawan Negi and Yuzvendra Chahal singled out for attack.

Pollard added: “We decided that if we get a six or four off every spinner’s over, we will get close if we keep it ticking and not play any dot balls.”

The big-hitter has struggled of late in all formats of cricket but says that he never really felt out of touch during his lean run.

He went on to say: “Personally I’ve never felt out of form. I’ve been hitting it well in the nets and these are the times you’ve to dig in. At the moment, the momentum is with us.”

The Mumbai Indians are next in action against the Gujarat Lions at the Wankhede stadium on Sunday.