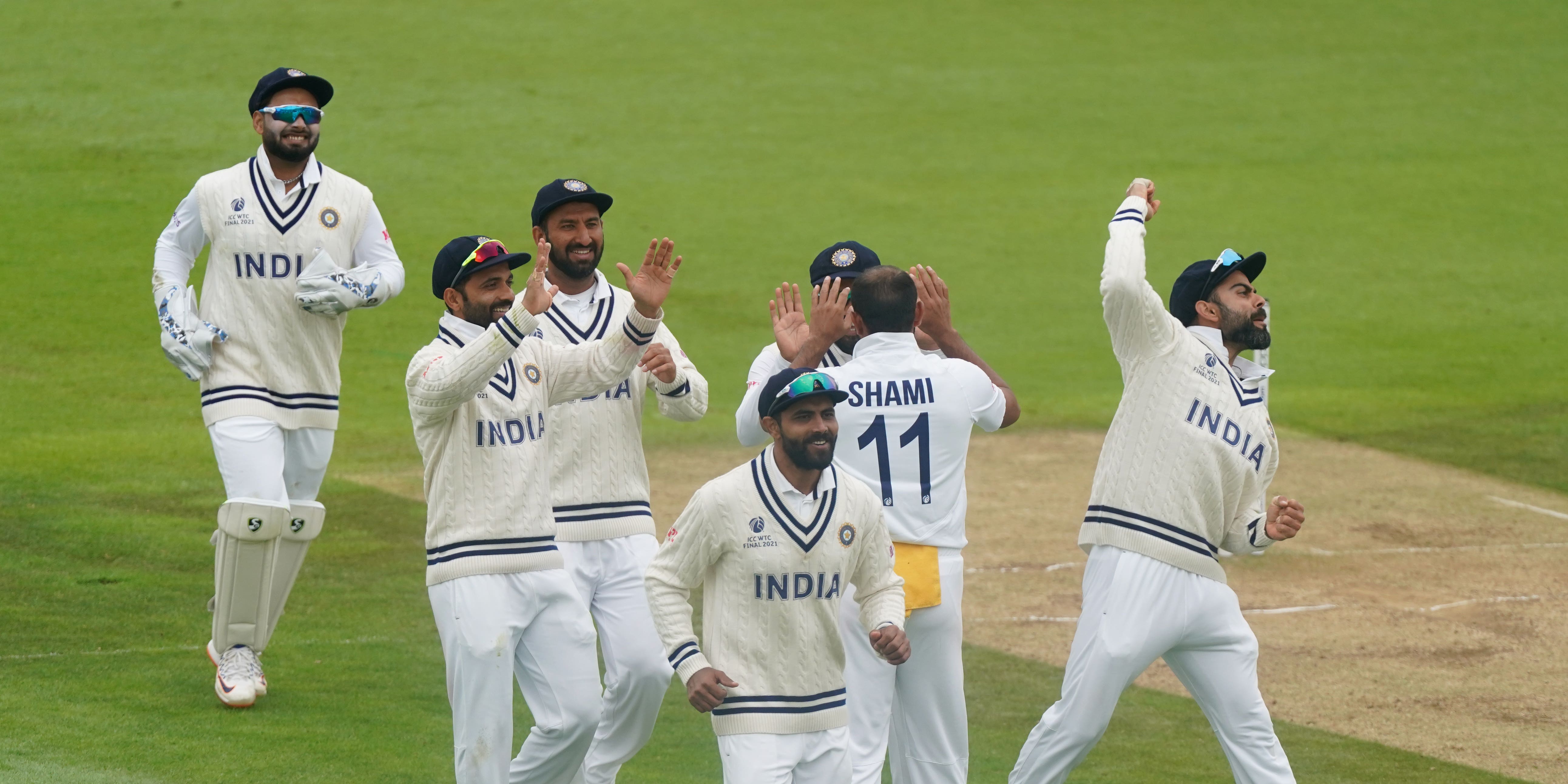 India finally pressed the accelerator in their rain-ruined World Test Championship final against New Zealand, raising hopes of a positive result with three cheap wickets on the fifth morning.

With the reserve day almost certain to be activated to make this a inaugural event a six-day Test, things needed to happen quickly to advance a game that had already lost two full days to bad weather and more to bad light at the Ageas Bowl.

Play began an hour late due to more drizzle and when Kane Williamson and Ross Taylor dropped anchor to score just 16 runs in a wicketless first hour it seemed like a draw would be the only possible outcome.

But with the Black Caps making almost no forward progress towards India’s 217 all out, they left themselves vulnerable to a quick change in fortunes. India’s bowling had been sound throughout but things finally clicked and they went on to dismiss three batsmen in 7.1 overs.

At lunch, the Kiwis were 135 for five, with Williamson unbeaten on 19 after grinding through 112 deliveries.

Mohammed Shami was the key man, capping some wonderful swing bowling with two scalps: Ross Taylor pushing an aerial drive to Shubman Gill at short cover to finally end the long third-wicket stand, before BJ Watling lost his middle stump to a beauty.

In between Ishant Sharma landed his own blow from round the wicket, with Henry Nicholls feeling for contact and edging to the cordon. Rohit Sharma took matters into his own hands, throwing himself in front of Cheteshwar Pujara to pouch the catch.