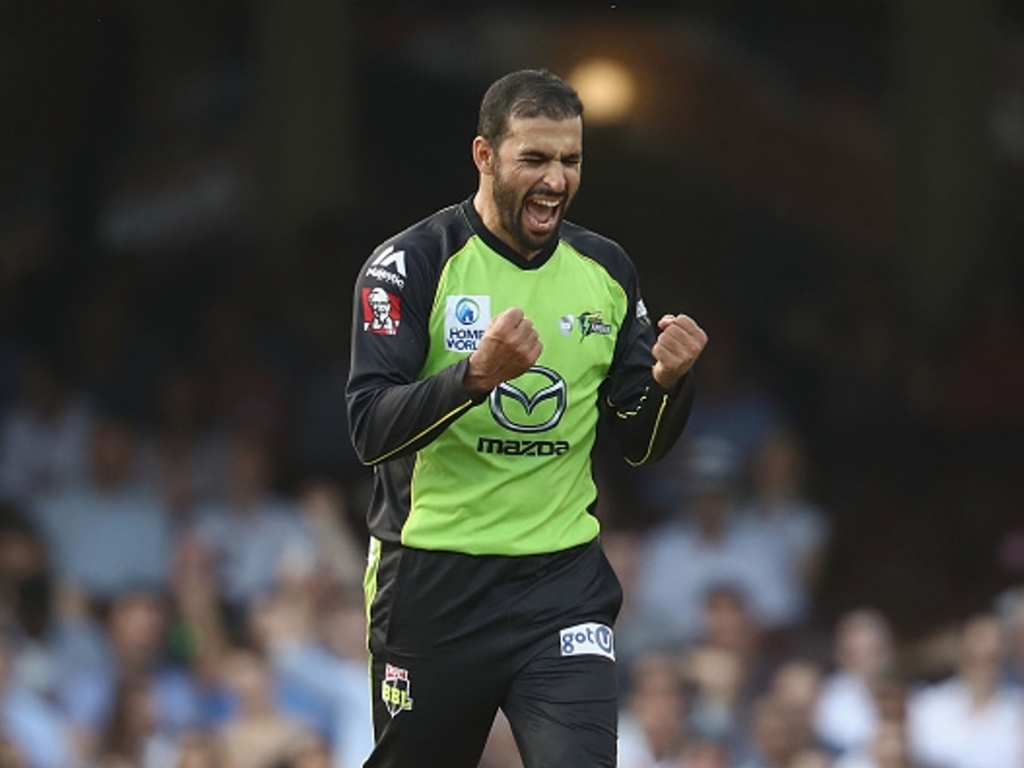 It took just ten overs for the Sydney Thunder to chase down the 100 runs they needed to win the second Sydney derby of the BBL|06 campaign by two wickets.

The Thunder looked comfortable in their chase despite two quick wickets from Sean Abbott in the sixth over of the innings.

Abbott removed English batsman James Vince for 28 before accounting for Shane Watson who made only four.

But with opener Kurtis Patterson (38*) anchoring the innings well and Ben Rohrer (26*) intent on finishing the innings quickly the result was never in doubt.

The Sixers had earlier flopped during their innings in the face of some excellent spin bowling from Chris Green (1/17 in 4) and Fawad Ahmed (4/14 in 4) while Carlos Brathwaite was among the wickets again taking 3/21 in his four.

Daniel Hughes top scored for the Sixers with a paltry 20 while Ben Dwarshuis made an effort to get the Sixers out of trouble with his 19 not out from number 9.

The Sixers were simply scoring too slowly throughout the innings with the frequent loss of wickets not helping their cause.

The Thunder will enjoy the victory having lost to the Sixers on the opening day of the campaign.

The win moves the Thunder back into contention for a playoff spot and off the bottom of the table. They are now sixth level on points with the Renegades and Hurricanes in fourth and fifth.