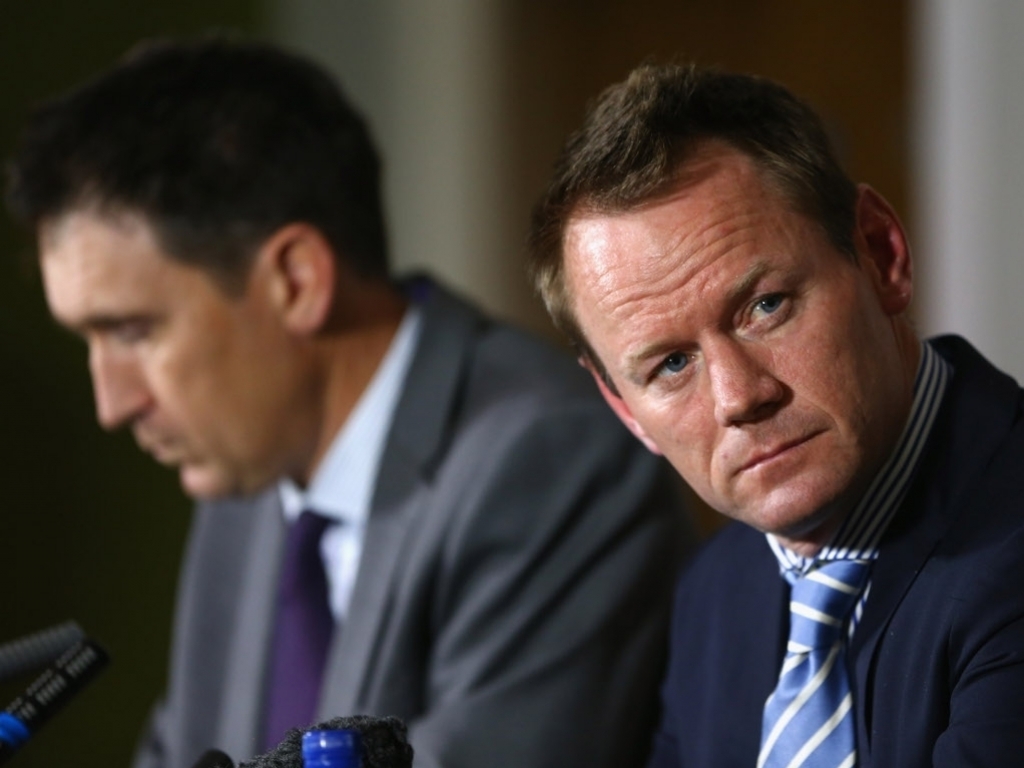 Australia's Test tour to Bangladesh is only days away, but the trip is still in limbo as Cricket Australia have recalled their delegates from Dhaka after meeting with Bangladesh security and intelligence officials.

After a 'credible threat' to Australian and other western interests was reported by the Australian Department of Foreign Affairs, CA opted to postpone the tour, and met with officials in Dhaka on Monday.

Said CA representatives, including head of security Sean Carroll and team manager Gavin Dovey, have now left the Asian nation, and CA say the situation is still up in the air as their fears were not calmed.

A CA spokesperson said: "Following yesterday's meetings, our Head of Security, team manager and team security manager are on their way home from Bangladesh for further meetings with the Department of Foreign Affairs and Trade (DFAT) and to brief our Board, Management and players on the situation."

Meanwhile, Great Britain and Canada's foreign offices have upgraded their advice to their citizens in Bangladesh, with the UK saying: "UK officials have been advised to limit attendance at events where westerners may gather. You should be particularly vigilant at this time."

But Bangladesh cricket officials are insistent that all will be well, and have named their squad for the first Test already. It's due to start on 9 October, and BCB president Nazmul Hassan is sure the matches will go ahead as planned.

Hassan said: "We've told them that the cricketers will get VVIP security. We also told them, by way of example, about the measures taken during the T20 World Cup in Bangladesh."

BCB chief executive Nizam Uddin Chowdhury added: "We will try to have the main matches of the tour be played as scheduled, because there is plenty of planning that goes behind each international match.