Home 2015 World Cup Tigers will take one point, but wanted to play

Tigers will take one point, but wanted to play 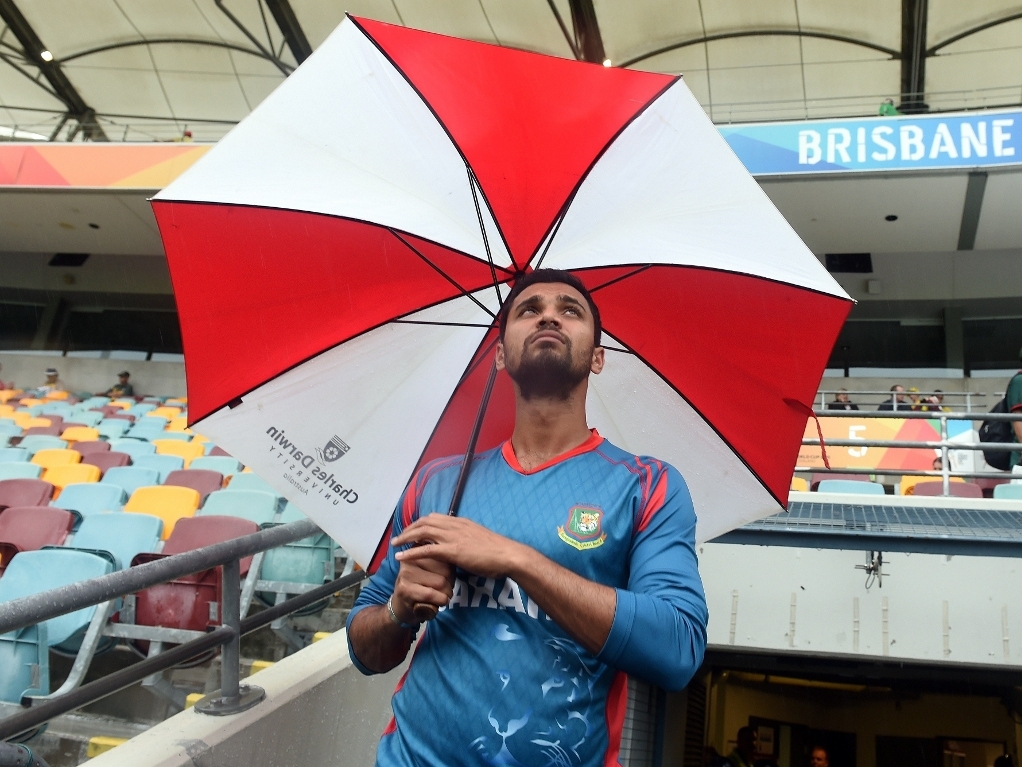 Bangladesh captain Mashrafe Mortaza said his team will happily take the point gained from their rained-out match against co-hosts Australia in their World Cup match on Saturday, but would rather have preferred the experience of playing the match.

The Pool A match was called off in Brisbane after heavy thundershowers made it impossible to get the field ready to play, and most turnstiles were flooded.

Both teams will get one point from the match, but Bangladesh were odds-on to get well beaten by the home side, who would have welcomed back captain Michael Clarke for this match.

Instead Clarke's return has been delayed, and Bangladesh, with that unexpected point gained, move to third in Pool A, after beating Afghanistan in their opening encounter.

Mashrafe said: "Of course we are feeling good [gaining the point]. We don't know what would have happened if cricket was played but we wouldn't have much to lose. We wanted to play good cricket, and it would have been a great experience.

"It would have helped us to play the Australian pace attack, taken some confidence to the next matches. We are disappointed in this regard. But the point is very important. We should be happy with it."