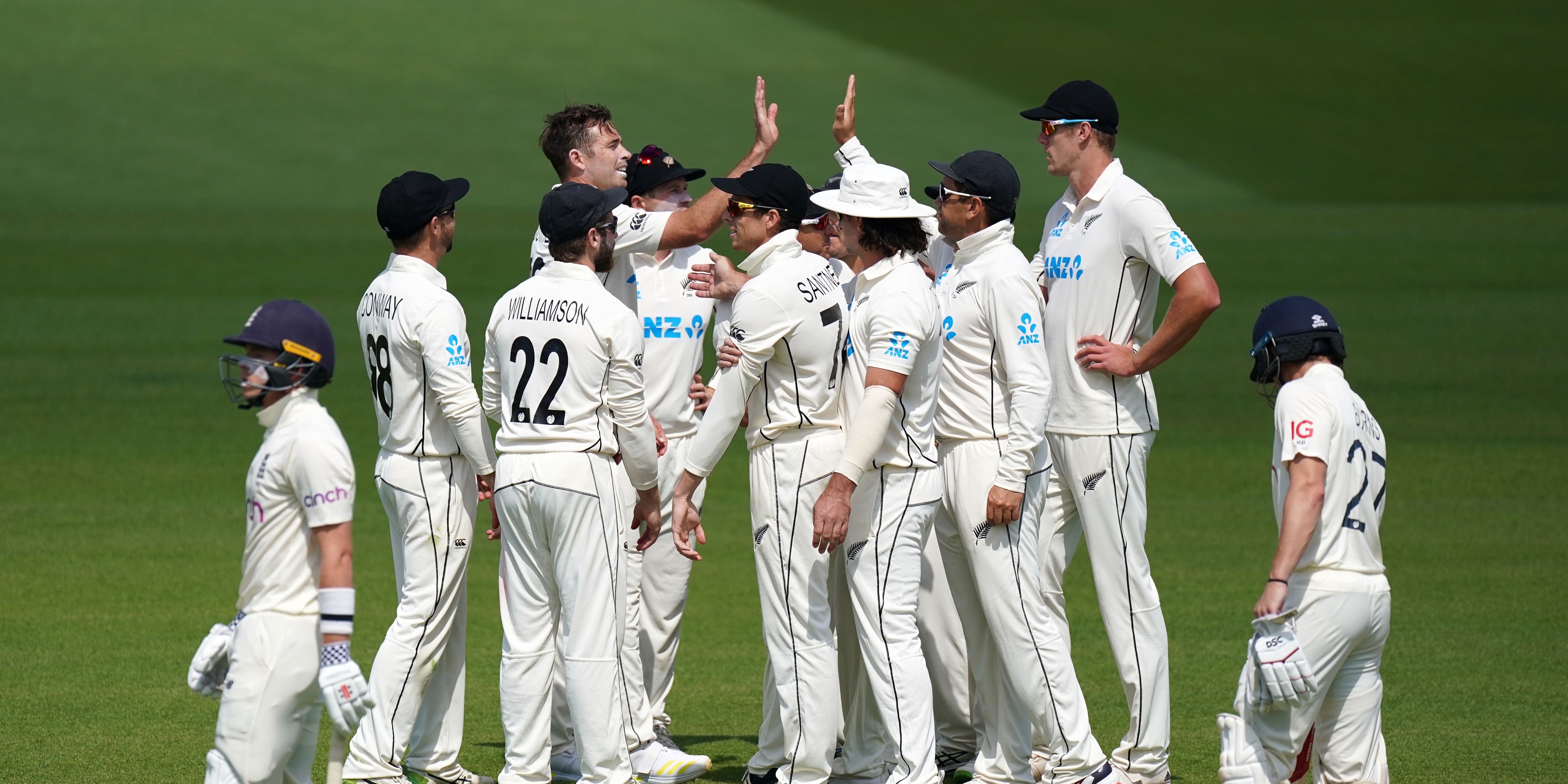 England suffered a middle-order collapse as Tim Southee’s three-wicket burst in the space of 21 balls swung the momentum dramatically in New Zealand’s favour on the penultimate morning of the first Test.

Following a washed out third day, England captain Joe Root departed to the first ball of Saturday morning while Southee used his guile and a hint of movement to snare Ollie Pope, Dan Lawrence and debutant James Bracey.

England therefore lurched from 140 for three to 140 for six and although Rory Burns advanced his overnight 59 to 72 not out to lead the hosts to 164 for six at lunch in response to 378, the Black Caps are firmly in the driving seat.

Persistent rainfall on Friday abandoned any hopes of play, increasing the chances of a draw in the first Test of this two-match series, although the tourists boosted their hopes from the off on Saturday morning.

Kyle Jamieson, in his first overseas Test, produced a fantastic delivery, angling one in to Root (42) which caught the edge and was taken low down by Ross Taylor, ending a 93-run stand between the home skipper and Burns.

Pope got under way with a couple of streaky boundaries as Jamieson continued to probe away in the channel, but the Surrey batsman gradually gained in fluency, until he overbalanced against Southee and was struck just below the knee roll by a delivery that came back into him.

Umpire Michael Gough’s original not out verdict was overturned on review, leaving Pope to head back to the pavilion for 22.

Lawrence lasted just two balls as he got a thick edge to a wider delivery from Southee, which was caught at third slip.

England then lost their third wicket on 140 as Bracey, in his first international knock, was beaten between bat and pad by an in-swinger from Southee, who bowled an exemplary morning spell of 9-4-18-3.

Burns showed admirable resolve in his first innings back – he was dropped for the final two Tests in India last winter – amid the tumble of wickets at the other end, even if he added just 13 runs to his total in the session.

Robinson was given out – caught bat-pad off Mitchell Santner in the final over before lunch – but he immediately reviewed the decision, with replays showing the ball had just brushed only the thigh pad before being caught by the short-leg fielder.