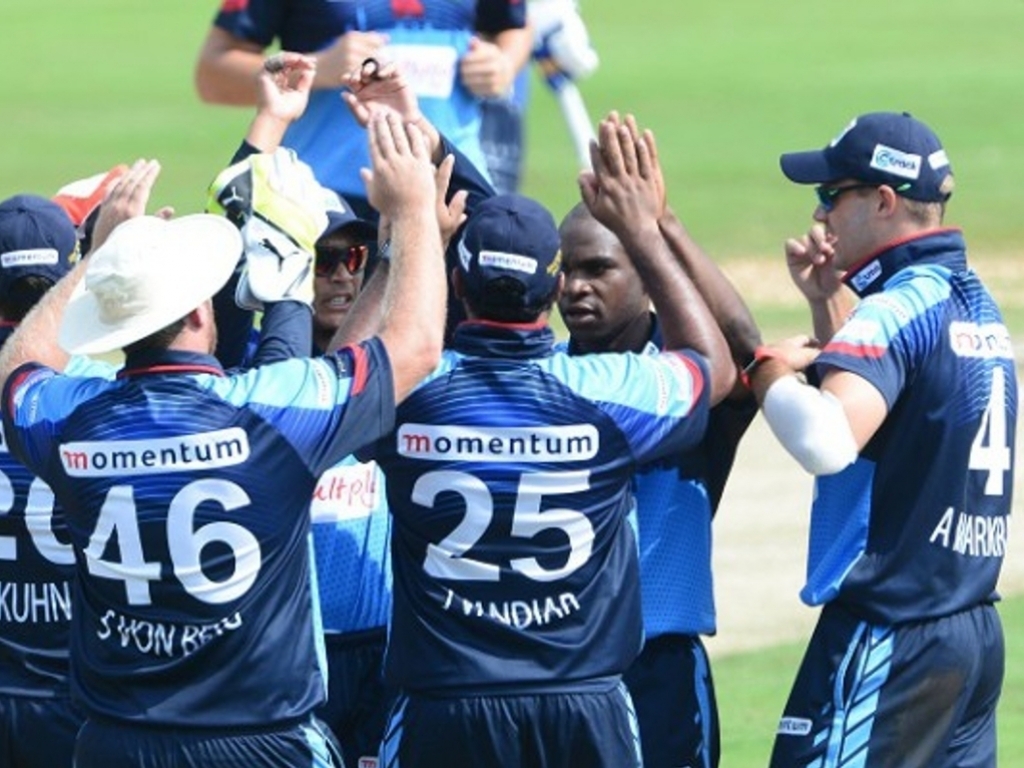 Junior Dala and Eldred Hawken claimed three wickets apiece to knock the stuffing out of the Highveld Lions batting and clinch a second bonus-point win in three days for the Titans.

After Henry Davids and Albie Morkel both scored half-centuries in a Titans total of 268 for nine, Dala and Hawken reduced the Lions to 52 for five to ensure there would be no real contest at SuperSport Park.

The Lions were eventually bowled out for 159 to lose by 109 runs – their second Momentum One-Day Cup loss in three days.

Having lost their opening game of the competition, the Titans have catapulted themselves to the top of the table with 10 points – two more than the second-placed Dolphins.

Although the hosts were unable to put together a fifty partnership in their innings after they had lost the toss and been asked to bat, Davids (63) and Morkel (61 not out) found enough support from the other batsmen to fight their way to a respectable score.

Heino Kuhn made 33 after Davids’ dismissal had sparked a middle-order collapse, and Shaun von Berg (20), Malusi Siboto (16) and Hawken (10) all kept Morkel company for long enough to see the allrounder strike some late boundaries.

Nevertheless the Lions bowlers, led by Beuran Hendricks (3 for 41) and Bjorn Fortuin (2 for 46), would have felt that it was a job well done at the break.

However, Dala and Hawken did not allow the visiting batsmen to get up and running.

Dala then had Nicky van den Bergh caught behind, leaving Mangaliso Mosehle (21), Fortuin (34) and the Lions lower order with far too much to do.

Shaun von Berg and Davids wrapped up the tail with two wickets apiece, but Dala (3 for 21) and Hawken (3 for 40) – who had been promoted to the franchise side on the back of some good form for Northerns – were the real heroes.