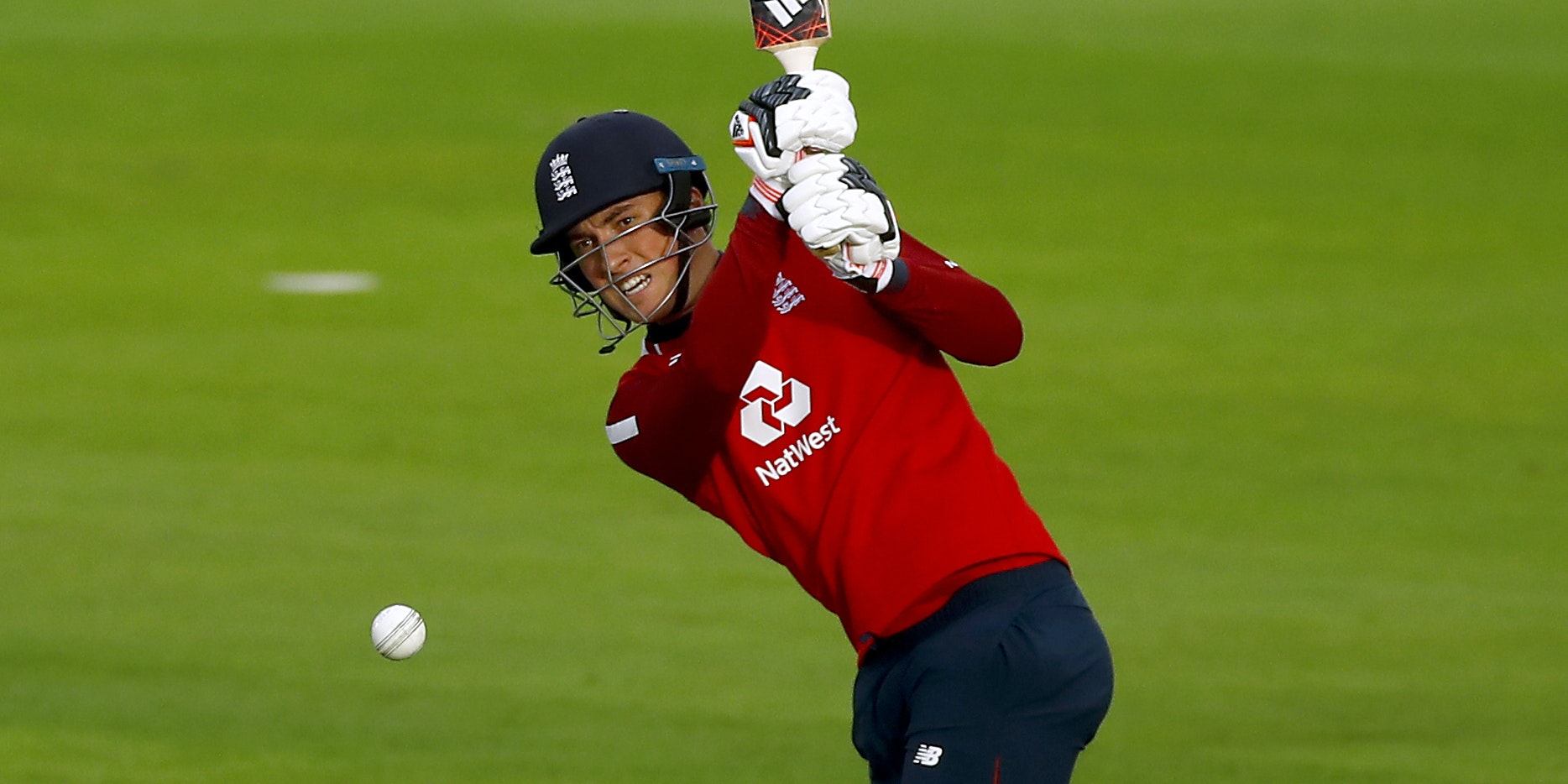 Tom Banton hopes he can make life difficult for England’s selectors over the next year or so after a barnstorming maiden Twenty20 international half-century against Pakistan at Emirates Old Trafford.

Promoted to his favoured position as opener as a replacement for the injured Jason Roy, Banton combined some impressive power-hitting with innovative scoops in a rapid 72 from 41 balls.

His innings formed the cornerstone of England’s 131 for six after 16.1 overs before steady rain intervened, the series opener officially abandoned at 9pm after the umpires deemed the outfield too wet for any restart.

Banton has been given his chance to push his claims for next year’s rearranged T20 World Cup in India as several first-choice players such as Ben Stokes, Jofra Archer and Jos Buttler are unavailable for this series.

He said: “I don’t want to look too far ahead because there’s a lot of cricket to be played before then. But I’m just going to keep trying to score as many runs as possible and make it difficult for the selectors not to pick me.

“I guess the white-ball team at the moment, when it’s at full strength, is so good I’m not going to break into it at the moment.

“I’m just going to try and keep scoring as many runs and putting the other guys under pressure and we’ll see how it goes from there.”

Banton was thrust into England’s limited-overs set-up last winter after starring for Somerset in 2019, while he has also shone in a number of domestic T20 competitions around the world.

Until recently he has had modest returns in an England shirt, with a top score of 32 in his first eight international innings.

However, he registered 58 in the final one-day international against Ireland earlier this month and unquestionably delivered his best performance for England on Friday evening.

The 21-year-old said: “Obviously the first few games for England I was very nervous. But something like this knock will probably give me just a bit more confidence that I can do it at this level, which is nice.

“I’ve worked on a few things over the winter, technical-wise, just on my stance, etc. For me, I like to keep it quite simple.

“There will be days when you don’t do well. It’s one innings, I could go duck, duck in the next two. But for me it’s just confidence and this has given me that, so hopefully I can keep putting scores on the board.”

Banton had made just 20 off his first 19 balls as he and Dawid Malan adopted a circumspect approach in the powerplay overs – with England’s 34 for one their lowest after six overs since the 2016 World Twenty20 final.

But he cast off the shackles with some meaty blows off leg-spinner Shadab Khan and followed them up with a couple of audacious scoops off seamer Haris Rauf, one of which sailed over the fine-leg boundary.

Banton added: “I see where the field is and try to assess what he’s trying to bowl. I think that wicket was suited to slower balls, it was a bit tennis ball and a bit tricky to begin with, they bowled really well and I struggled.

“Then I got a few away and it gives you that confidence to keep just going from there. The field…I kind of had a little guess at what he was going to bowl and luckily it came off.”