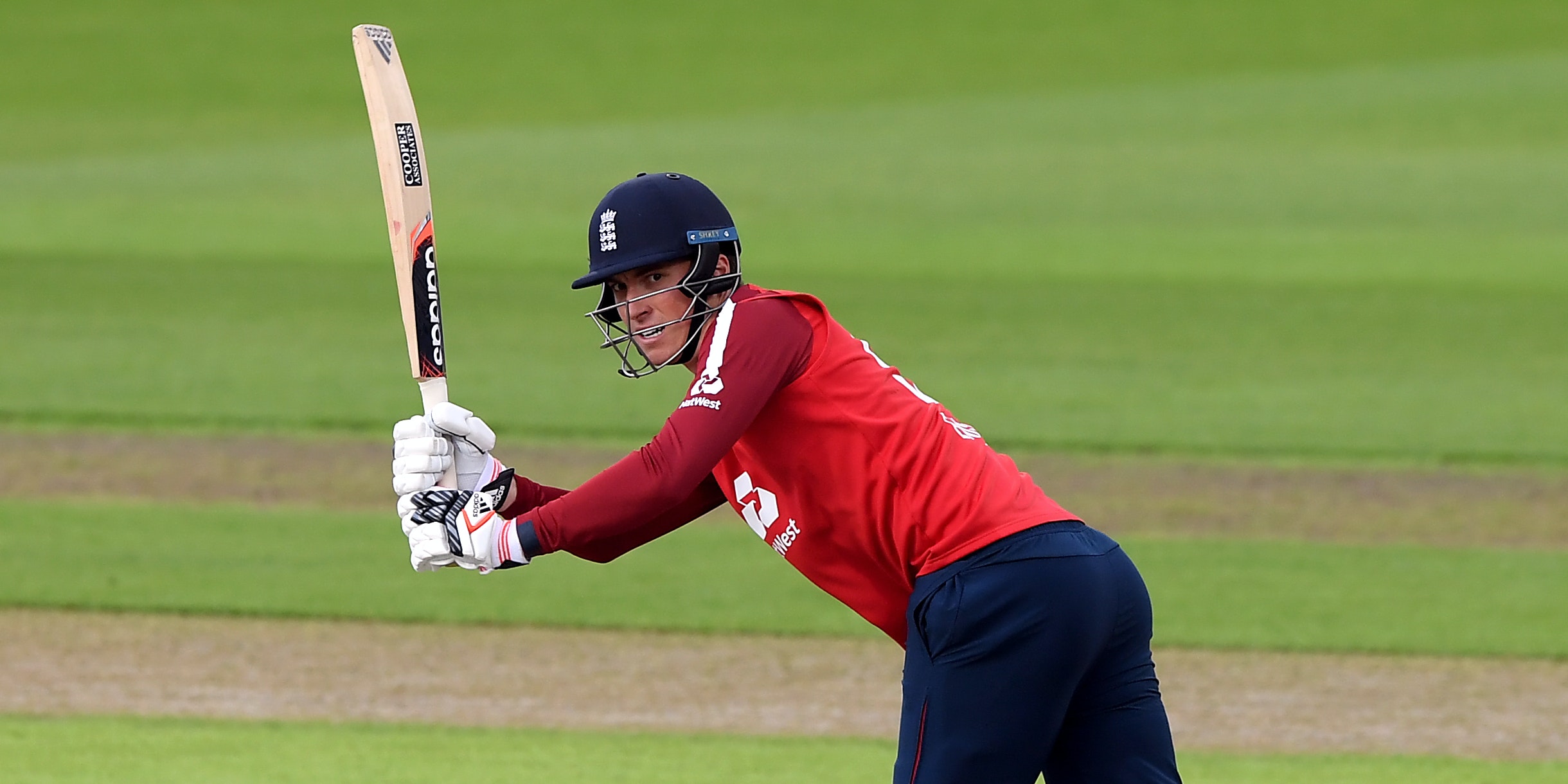 Tom Banton showed off his full range of power and innovation in a sparkling 71 off 42 balls, but England’s middle-order collapse gave Pakistan a foothold in the first Twenty20 international.

Replacing the injured Jason Roy at the top of the order, Banton was dropped on five and he proceeded to punish Pakistan’s bowlers with four fours and five sixes, featuring some lusty hitting and unorthodox scoops.

However, his departure marked the start of England losing four wickets for 14 runs in 19 balls before the heavens opened at Emirates Old Trafford, with the hosts on 131 for six after 16.1 overs.

Play must resume by 9.19pm to allow for a five-over match.

The tourists won the toss and decided to field first, with the floodlights already switched on under gloomy skies in Manchester, where a much-changed England made a circumspect approach after being asked to bat first.

Shorn of the likes of Ben Stokes, Jos Buttler and Jofra Archer, England gave several fringe players an opportunity to make their mark, including Banton and Dawid Malan in a new-look top-three alongside Jonny Bairstow.

Bairstow’s departure in the first over for two after offering a return catch to slow left-armer Imad Wasim brought Banton and Malan together, but Shaheen Shah Afridi and Mohammad Amir showed admirable discipline.

Shaheen saw Banton put down in single figures after Iftikhar Ahmed dropped a regulation catch at slip, but he and fellow left-arm quick Amir helped restrict England to 34 for one after six overs – their lowest powerplay total since the 2016 World Twenty20 final.

Banton was on 20 off 19 balls before he cast off the shackles with a meaty slog sweep off Shadab Khan for six, while the leg-spinner was taken the distance twice more in his next over by the new England opener.

A 71-run stand was ended when Malan was dismissed for 23 off as many balls, run out after haring down the pitch only for Banton to turn down a quick single after picking out the fielder at backward point.

Banton went a 33-ball half-century – his first T20 international fifty – before a couple of audacious scoops off seamer Haris Rauf. Attempting another big hit off Shadab, Banton instead got a leading edge, with Imad taking a steepler at extra cover.

Captain Eoin Morgan had settled well but he missed a sweep off Iftikhar and was given lbw after making 14 off 10 balls, but the rain was steadily falling by the time Mohammad Rizwan took a sharp catch at the second attempt to see off Moeen Ali.

Rizwan then whipped off the bails after Lewis Gregory came charging down the pitch to give Imad his second wicket before the rain turned heavier, leading to the players being brought off.