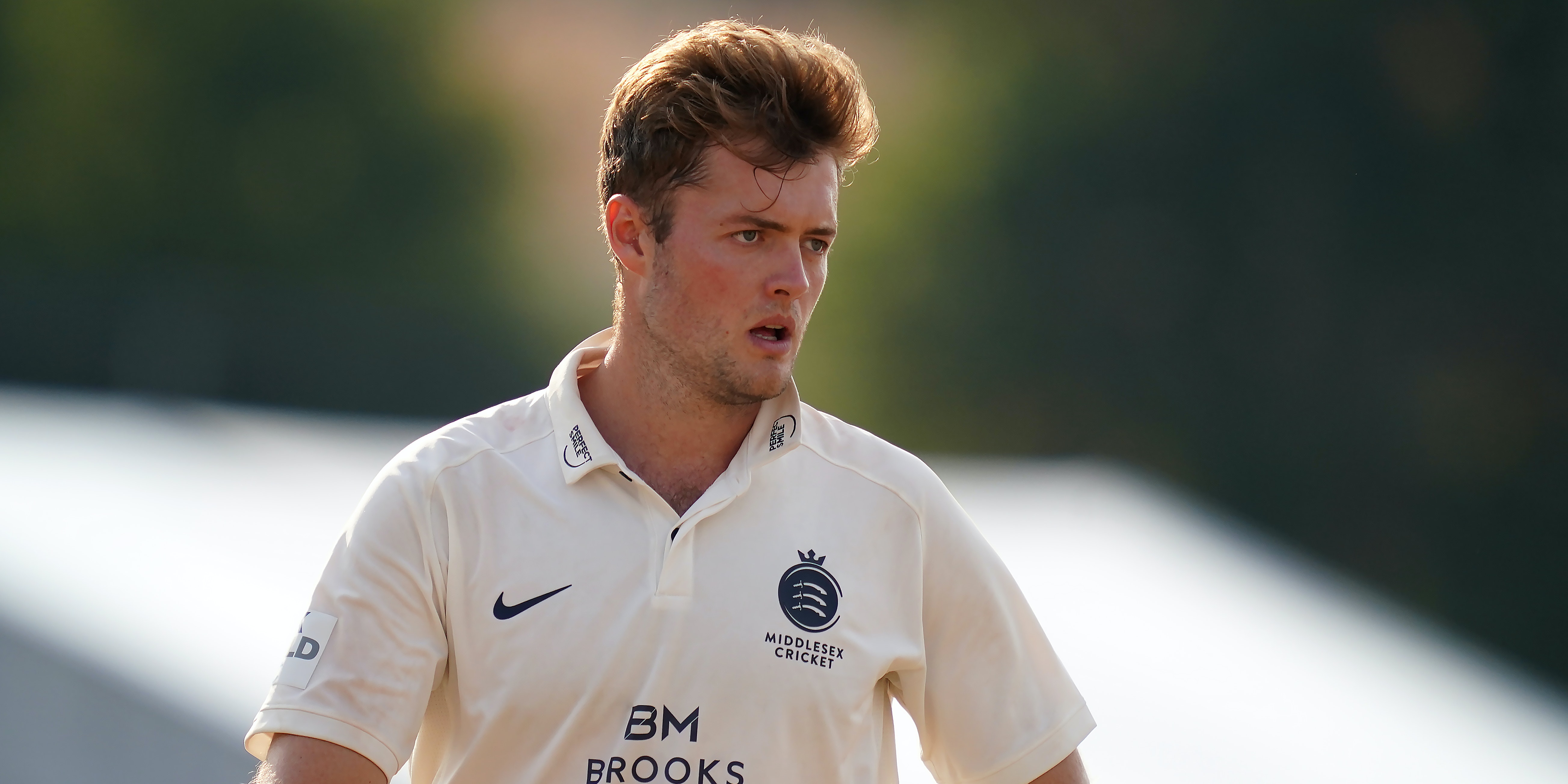 An extraordinary final over from Tom Helm enabled Middlesex to salvage a tie against Kent as the sides were unable to be separated after a high-scoring Vitality Blast encounter at Lord’s.

Chasing 210, the Spitfires seemed on course for their first win of the campaign after captain Daniel Bell-Drummond blazed 72 from 32 balls, sharing a blistering opening stand of 89 in just under seven overs with Zak Crawley.

But Helm – who had looked ragged after conceding 40 and a string of wides from his first three overs – restricted Kent to just five runs at the death, bowling Grant Stewart before Jack Leaning scampered a bye from the last ball to finish on 209 for five.

Earlier, Middlesex’s Stephen Eskinazi had registered his best T20 score, hitting 84 from 52 balls and adding 111 for the third wicket with Nick Gubbins (53 from 33) as the home side posted 209 for four.

Joe Clarke capitalised on being dropped in single figures to record a sensational 44-ball century as Nottinghamshire claimed their first win in this year’s tournament after seeing off Durham.

While Outlaws opener Alex Hales edged behind for 11 in their pursuit of 182, Clarke was put down on eight at short cover by Graham Clark and went on to punish Durham by thrashing seven fours and eight sixes at Emirates Riverside.

The last of those maximums took Clarke to three figures and help Nottinghamshire overhaul their target with six wickets and 22 balls to spare, with Durham’s 181 for three made to look inadequate.

Nottinghamshire’s enviable batting line-up has seen them tipped to go all the way in this revamped competition but half-centuries from Alex Lees and Clark may have given the visitors pause for thought at halfway.

But Clarke’s unbeaten ton, plus 55 off 29 balls from Chris Nash, helped Notts make a winning start to their campaign on the pitch, after Thursday’s washout at Yorkshire, Durham slumped to their second successive defeat.

Paul Stirling continued his recent purple patch on his debut for Northamptonshire, following up figures of two for 26 with 80 not out from 48 balls in a nine-wicket pummelling of Worcestershire at New Road.

Stirling’s off-breaks helped restrict the Rapids to 124 for seven and the Ireland opener – who made a century in the one-day international win over England at the Ageas Bowl earlier this month – also starred with the bat.

His innings contained nine fours and four sixes as the Steelbacks breezed past their target after 15.1 overs.

Andrew Salter took four for 20 to help Glamorgan defend 150 for seven against Gloucestershire, who were all out for 135 at Bristol to lose by 15 runs.

Tom Bailey took career-best T20 figures of five for 17 to help Lancashire restrict Leicestershire to 150 for nine from 20 overs at Grace Road, but rain had the final say as the match was abandoned.