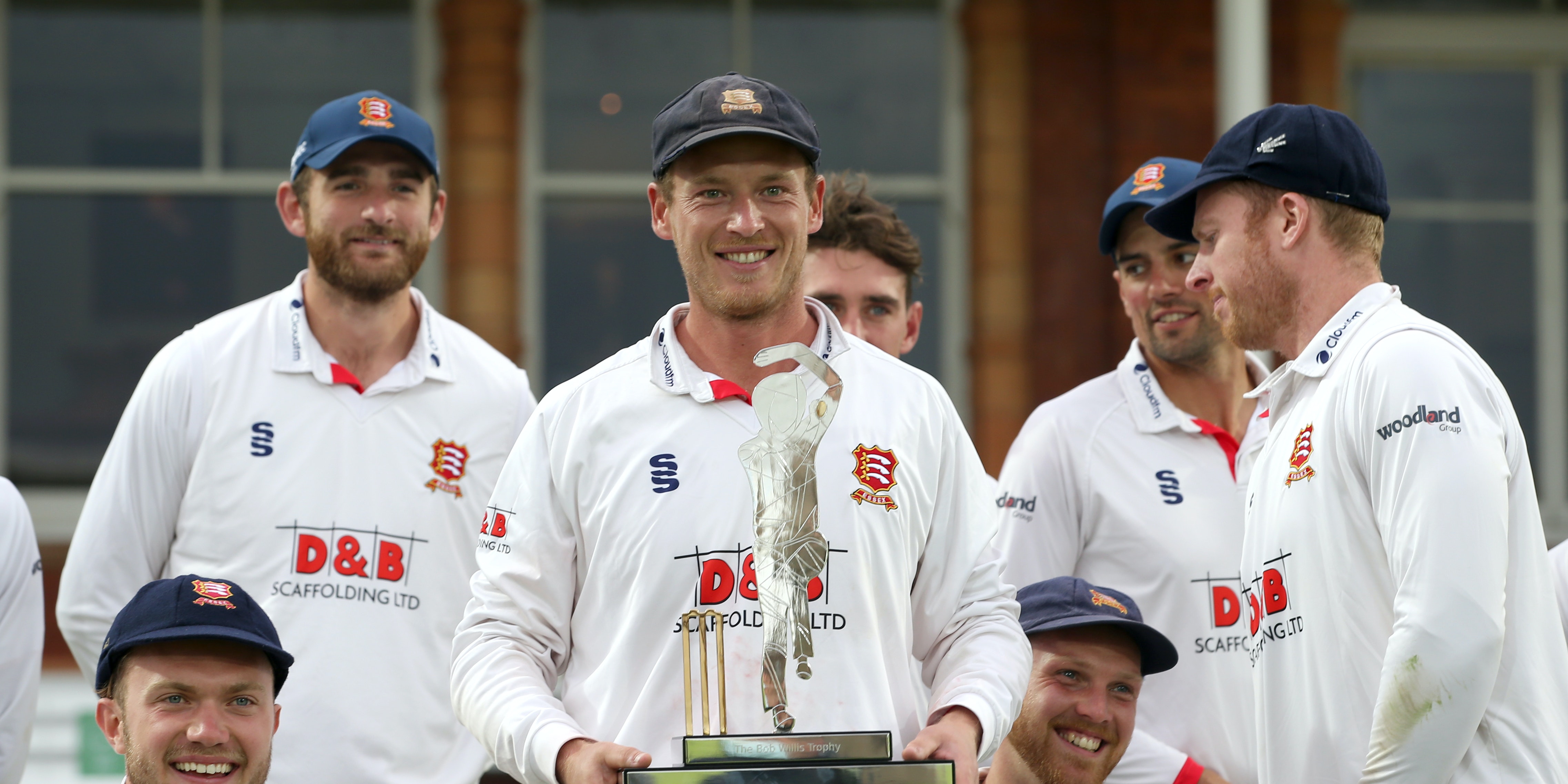 Essex captain Tom Westley reflected with pride after laying hands on the Bob Willis Trophy at Lord’s, having lifted his troops from depths of lockdown to another title-winning campaign.

Having won two of the last three County Championships, Essex have now polished their legacy by landing a hastily-revised first-class tournament – which did not even exist at the start of the summer.

Both Essex and defeated finalists Somerset were among the 16 counties who furloughed players as the coronavirus pandemic wrecked the start of the domestic campaign only to prove their pedigree by qualifying for a showpiece decider.

The quality of the contest was high throughout, with a wonderful 172 from England’s record run-scorer Sir Alastair Cook effectively settling a five-day draw in Essex’s favour – with first-innings runs used as the tie-breaker.

Chasing down a winning target of 237 on the final day, they finished on 179 for six to see off their rivals’ hopes.

Westley, after collecting the trophy in the presence of Bob Willis’ widow, Lauren, said: “It’s hard to put into words how chuffed I am for the boys. It’s been a challenging year and at one stage we weren’t sure if we’d get any cricket in at all.

“This is polar opposite. The captaincy side of things during the Covid lockdown was hard, I was just getting round the guys as frequently as I could, making sure they were alright. So to now having played a tournament and won it, it’s the other end of the spectrum.

“My first year as captain has been nerve-wracking – I was a train wreck today – but it’s a wonderful feeling. I’m incredibly proud. We didn’t know if this would be a one-off tournament, a one-off final, so it’s extra special knowing it may never happen like this again.

“We were thinking how special it would be to be the only club in history to win the Bob Willis Trophy in a five-day final at Lord’s.”

Asked how the squad might go about their celebrations in these straitened times, Westley was enthusiastically on-message.

“It’s a good question and one we’ll have to tip-toe around, but Essex being Essex we’ll give it a good nudge,” he said.

“We’ll try to have a few beers – socially distanced, I have to say – and we’ll see where the evening takes us in groups of six!”

His opposite number Tom Abell was commiserating with his team-mates after overseeing yet another near miss for a side who have made a frustrating habit of them.

After huge efforts from youthful centurions Tom Lammonby and Eddie Byrom, as well as an eight-wicket match haul from all-rounder Lewis Gregory, they will surely come again.

“Obviously the overwhelming emotion is disappointment and that emotion is still very raw,” said Abell.

“We experienced coming second to Essex last season and we were desperate for that not to be the case again.

“It adds fuel to the fire but the fire is already burning pretty deep within everyone. Going into this last day we felt we had a great chance of winning the game. These are two evenly matched sides.

“The way we’ve been bowling this year we felt we could have had a good crack at 10 wickets, we just ran out of time. We didn’t feel like we got outplayed but we just came up short.”