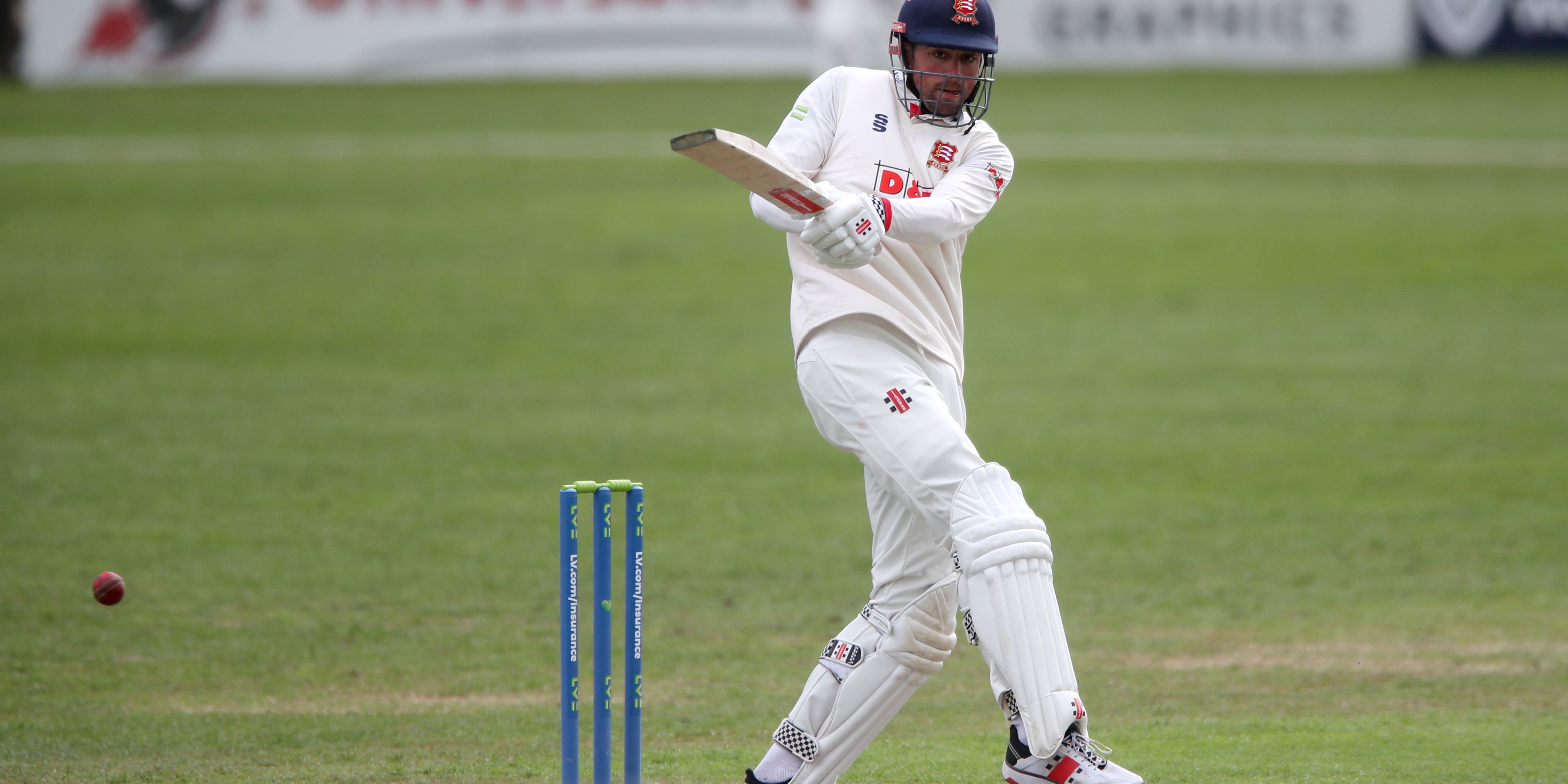 Sir Alastair Cook scored a first century of the year to put Essex in control of their LV= Insurance County Championship match at home to Worcestershire after day one.

England’s record run scorer had struggled for form during the opening weeks of the season, but showed his class to bat for 330 minutes and hit 115 at New Road while captain Tom Westley was unbeaten on 75 at the close.

Cook, who struck a masterful 172 at Lord’s to help his county clinch the Bob Willis Trophy in September, eventually chopped onto his own stumps off Alzarri Joseph’s bowling but Essex finished on 266 for two.

It was not such a good day for another ex-England opener in Group One, with Haseeb Hameed out for a second-ball duck in Derbyshire after his record-breaking hundreds in both innings against Worcestershire last week.

The Nottinghamshire vice-captain was able to watch fellow opener Ben Slater continue his fine form with 107 to help the visiting side up to 256 despite Fynn Hudson-Prentice’s four for 36.

Stuart Broad picked up two scalps before the close and Luke Fletcher reached 350 first-class wickets to reduce Derbyshire to 86 for eight in a dramatic evening session.

Mark Wood was also in the wickets but he was overshadowed by Ben Raine, who claimed five for nine to bowl out Warwickshire for 87 at Chester-le-Street – and that only after a ninth-wicket stand of 52 between Craig Miles and Liam Norwell.

Durham and England seamer Wood played his part with three dismissals while the hosts moved into a slender one-run lead before stumps.

Wickets tumbled in similar fashion at the Oval and Jordan Clark helped himself to career best figures of six for 21, with Hampshire captain James Vince one of three out for a duck in their team total of 92.

Rory Burns was 61 not out at the close with Surrey ahead by 39 runs thanks to his 100-run partnership with Hashim Amla (59no).

Elsewhere in Group Two, another Sam Evans century saw Leicestershire up to 264 for four in their first innings against Gloucestershire.

The opener hit a ton at Surrey last week and followed it up with 102 before he was one of four scalps for Daniel Worrall.

On a tough day in the field for Somerset, the visitors were able to close on 308 for six with Jack Leach only bowling seven overs so far on his 100th first-class appearance.

Zak Crawley top-scored for Kent with 33 in Wales but they went from 88 for one to 138 all out in their Group Three clash at Sophia Gardens.

Four wickets each for David Lloyd and Timm van der Gugten gave Marnus Labuschagne an unexpected opportunity to bat on his second debut for Glamorgan, but he was one of two batsmen to fall to veteran Darren Stevens before the close with the hosts trailing by 29 runs.

Lancashire struggled at home to Sussex without James Anderson, absent due to a minor calf injury, but Saqib Mahmood, Matt Parkinson and Liam Livingstone were in the wickets.

Stiaan Van Zyl’s 79 proved the foundation for Sussex to end day one on 318 for seven while Yorkshire needed one of their England players to rescue them from a low score.

With Joe Root rested, Dom Bess was the unlikely batting hero and built on his pleasing start to the campaign with 56 to top-score in their first innings of 206. Northamptonshire were 36 without loss in reply.