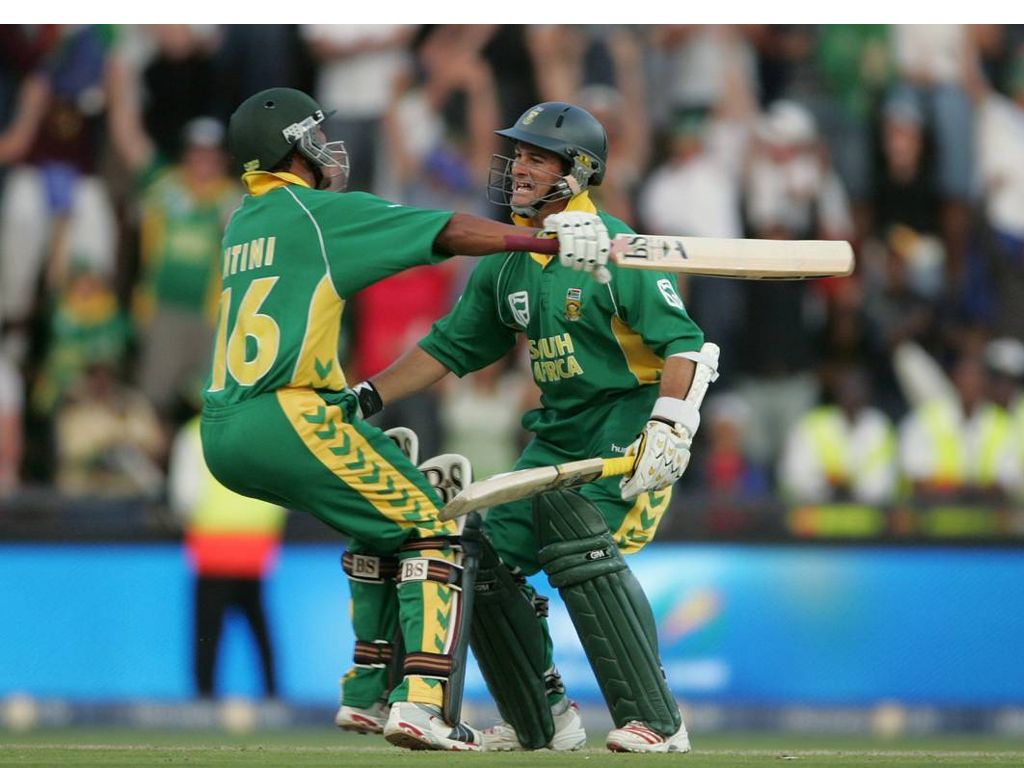 Few things in cricket are better than an epic chase that forces matters to be decided by the final balls.

Here are the biggest comebacks in cricket history across five different competitions.

Despite losing the first three tests to Australia, the Windies put forth a performance in the fourth that made the tour one cricket fans could never forget. After being set a target of 418, a chase down looked even less probable after legendary captain Brian Lara was retired on just 60.

The Windies battled on however. Now with just a 46-run deficit to tackle, Omari Banks and Vasbert Drakes partnered up to thrash the Aussies for the needed amount. The home crowd in Antigua erupted, erasing the pain of the previous record test chase down that India had inflicted on their side 27 years earlier.

Today, the 5th One Day International match between Australia and South Africa in 2006 is known by many names: The 438 Match, The Greatest ODI Match Ever, or more informally as the match that broke all the ODI records. In Australia’s 50 overs they scored 434 for 4, smashing a 10-year record for the highest innings total in an ODI match.

That record would stand for just a few hours however. Needing ‘just’ 8.7 runs per over, the Proteas didn’t do themselves any favors by losing Boeta Dippenaar early for 1. But a superb 187-run partnership from Herschelle Gibbs and Graeme Smith suddenly made the impossible seem possible. The hot hitting continued and eventually the hosts needed just seven runs off six balls. That’s what they got thanks to Mark Boucher, Andrew Hall, and Makhaya Ntini, giving South Africa redemption for their similar choke against Australia in the 1999 World Cup semi-final.

The Indian Premier League’s biggest chase came during its inaugural season back in 2008. After Andrew Symonds collected a century for the Chargers, who scored 214 off their 20 overs, the Royals turn at bat looked like a mere formality. But a young Yusuf Pathan perplexed the Chargers’ bowlers, hitting 61 off 28 deliveries to ignite a spark in the Royals.

Even still, things looked grim when Rajasthan lost four batters over nine deliveries. To finish the job against the Royals’ Shane Warne, Deccan captain VVS Laxman gave the ball to Symonds who hadn’t bowled particularly well earlier. It looked like it might be too little too late, but Warne went on to hit two sixes and two fours in his nine-ball innings, giving the eventual IPL Champions Rajasthan the win on the penultimate ball.

If they hadn’t already when England finished 327/8, online bettors who wagered on 1321/100 underdogs Ireland (odds set by most UK bookiesfound on OnlineCasino.co.uk)at the 2011 World Cup probably threw their virtual bet slips into the bin when captain Will Porterfield was taken on the very first ball.

In a preview of the history to come, Kevin O’Brien hit 100 runs in just 50 balls, which remains the World Cup’s fastest century. Once O’Brien finally left the crease, Trent Johnston stepped up and hit the first ball he saw for four. Needing just three in the final over, John Mooney went on to complete the incredible chase down for Ireland, the World Cup’s largest ever.

There must be something in the turf at The Wanderers in Johannesburg. Home to theaforementioned 438 Match, it also played host to the biggest successful run chase in Twenty20 history. After South Africa posted 236, Chris Gayle got nearly 40% of that for the Windies with his 90 off 41 balls effort.

South Africa had never before lost a T20 match while defending an 180+ score and after the Windies lost four wickets in quick succession, it look like that mark might survive. Darren Sammy had other plans, smacking 20 from seven balls to lead the tourists to a record win.