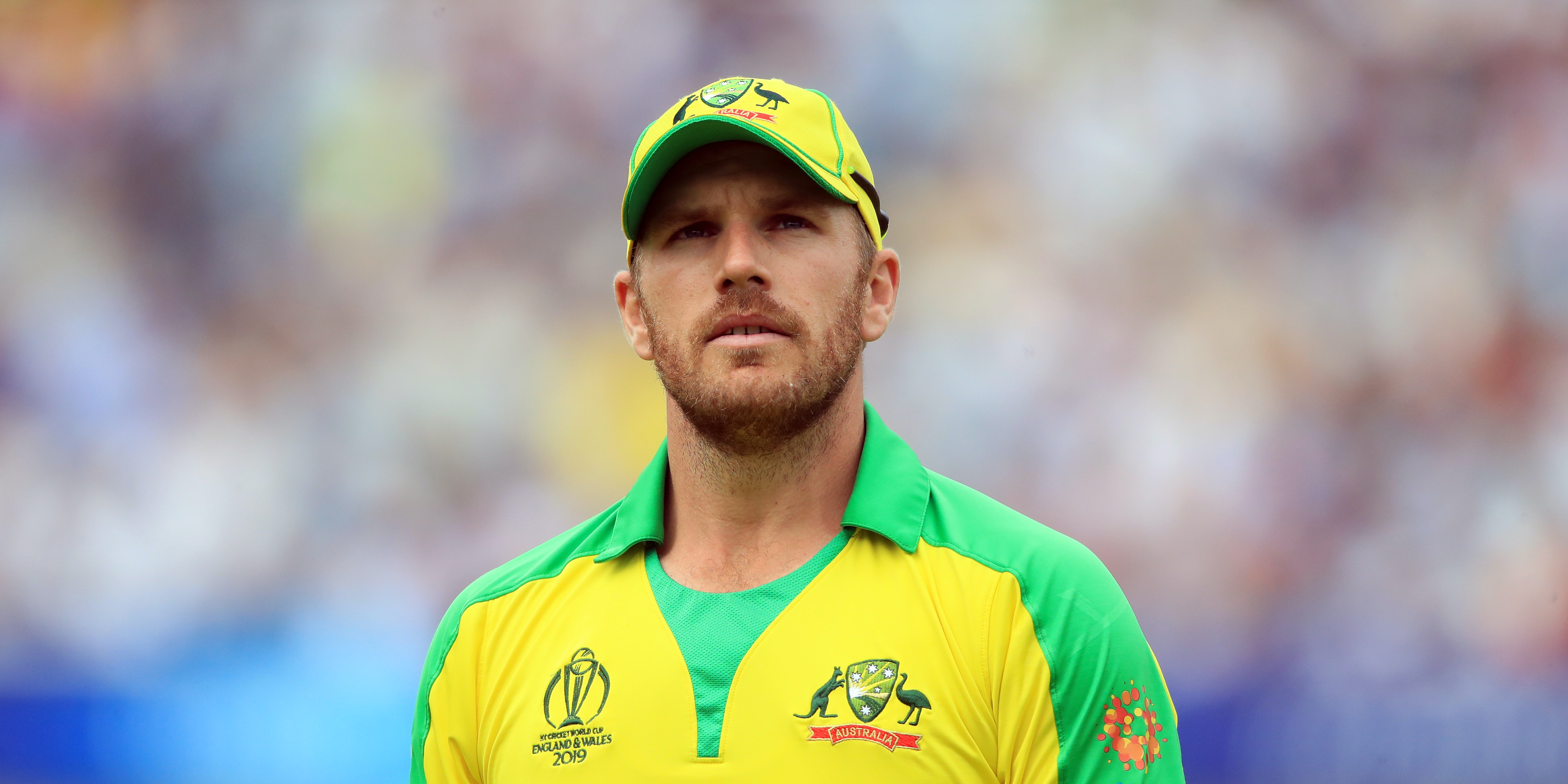 The Australian openers on both teams hit stand-out knocks as the touring side’s first intra-squad warm-up match of the summer was brought to a premature finish by rain.

The players went off with Pat Cummins’ XI 60 without loss in their pursuit of 150 at the Ageas Bowl in Southampton.

The opening pair showed no signs of rustiness, powering their way to 75 before Finch was out for 40 and Warner soon followed after stroking 42.

Young wicketkeeper Josh Philippe looked to lay down a marker in search of his first international cap. The 23-year-old was brought into the squad on the back of an impressive Big Bash campaign for the Sydney Sixers and hit an elegant 20 before being caught trying to flick the ball off the bowling of Marcus Stoinis.

Wickets fell at regular intervals in the second half of the innings and were shared among the bowlers, with Cummins choosing to rotate often.

The captain claimed two wickets himself as well as an athletic run-out from his own bowling, diving to his left to field the ball before hitting the stumps at the wicketkeeper’s end to run out Andrew Tye.

The innings ended on 150 all out after a flurry of late wickets from a promising 98 for one after 12 overs.

In reply, Matthew Wade powered the Cummins XI to 60 without loss from 5.5 overs, hitting 36 off 18 balls, including three sixes in an over off the bowling of Tye, before the rain came down and the game was abandoned.