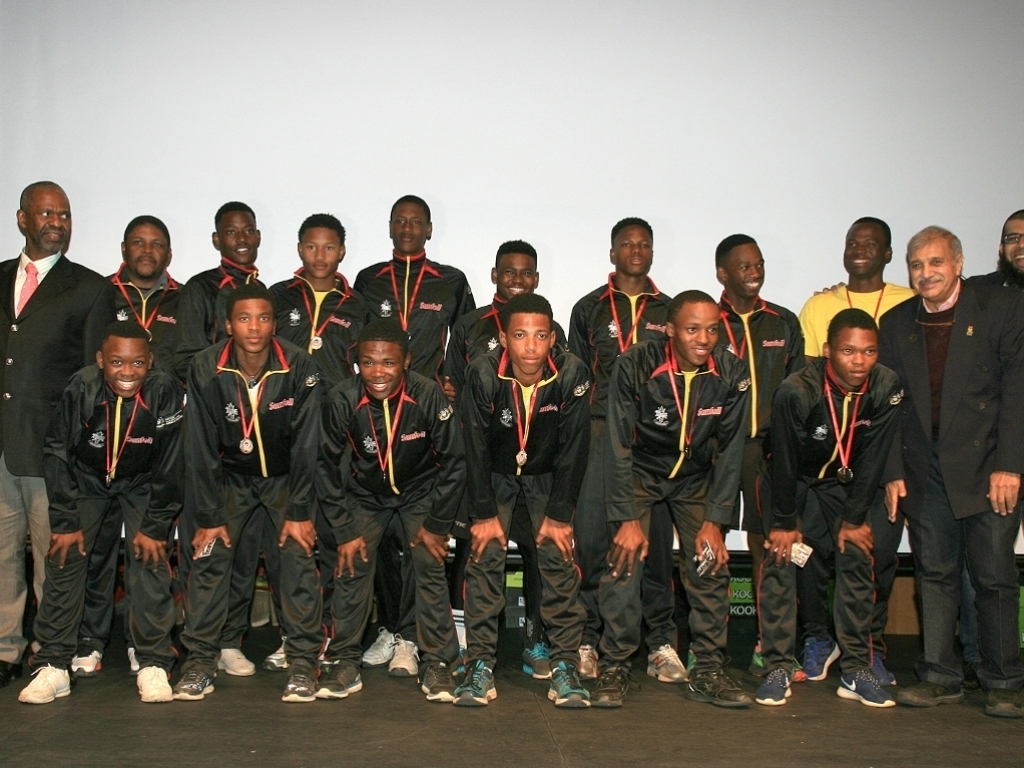 The KwaZulu-Natal Cricket Union, KZN Department of Sport and Recreation and Sunfoil Township Schools Tournament held at Hilton College from 30 June to 5 July 2017 exceeded all expectations as dedicated and determined young cricketers, mostly from disadvantaged backgrounds, showcased their skills against one another on the 10th anniversary of this increasingly popular event.

In all, 288 players took to the immaculate fields of Hilton College to show off their talent and outshine their competitors.  The players made up 24 teams of 12 players each, evenly split between the U15 and U19 age groups.

Eight visiting teams represented Northern Cape, Gauteng, Western Cape and Border – made up of an U15 and an U19 team from each region.

This year the format changed slightly with 50 over matches being added as part of the 10th anniversary celebrations.  Twelve matches were played by 24 teams in the 50 over format on the first day, T20 matches only were played on the second day and there were a combination of both formats on the third day, including two T20 finals.

Due to the tenth anniversary and more games being played this year, cricket fields at other venues were used such as the Pietermaritzburg Oval and Weston Agricultural College in Mooi River.  Another change from previous years was the make-up of the two teams playing in the final match. In the past the top KZN team played a team made up of the best cricketers from all other teams participating in the tournament. This year, a team made up of the best of all the players in the tournament representing KZN and the visiting teams from both age categories (U15 and U19) played against a side consisting of the top cricketers from the Inland (Pietermaritzburg) U15 and Inland Academy teams.

The 72 best players who were selected for the six Sunfoil Development teams were announced at the closing ceremony on the final day.

Faeez Jaffar, President of the KZN Cricket Union (KZNCU) said that the tournament was a showcase for young KZN township players striving to make their mark in in the province and living their dream to become a Protea player.

“This year we witnessed a celebration of the game of cricket in the province as well as a celebration of the 10th anniversary of the KZNDSR, Sunfoil Township Tournament which is now a highly anticipated annual fixture and one that is growing in stature year upon year.”

“We are most grateful to Willowton Group for starting out with us on this venture and honouring their promise to continue with us on this journey to support and grow township cricket.  We are indebted to them for their long-term commitment and value their ongoing contribution which often sees them going the extra mile to ensure the success of the programme. We are delighted to say that this partnership is growing from strength to strength.”

Shoaib Moosa, Willowton Group’s Chief Commercial Officer, said that the 10 year anniversary of the township tournament was a fitting occasion to look back over the group’s close involvement with cricket development through its Sunfoil brand.

“The past ten years have yielded some amazing results and we are delighted with the progress of the programme and the headway that has been made. Township cricket is flourishing in the local communities, as more disadvantaged youngsters grow to love the game of cricket and become noteworthy cricketers,” said Moosa.

Saneliswe Kuzwayo, Township Development Manager said, “We wanted to raise the bar in this 10th anniversary year and that is precisely what we did.  Everyone was very excited about this milestone tournament and the anticipation and excitement could not help but contribute to its overall success.”

“It is also good to see that the KZN township boys have performed consistently well over the last season. They are holding their own in the traditional school leagues.”

“The KZN township ladies also did very well this season,” Kuzwayo said. “They won the schools ladies league, were runners up in the T20 woman’s league and came fourth in the KZN league which has a longer format (30 overs). They have also grown the number of teams they are fielding in competitive cricket from two to an impressive six teams which is most encouraging.”

Khuzwayo thanked the many sponsors who, over and above the Willowton Group as naming sponsors, have been involved with township cricket and the tournament over the past few years. Dean Harding and the Sport Development Trust, Kookaburra, The KZN Department of Sport and Recreation, the KZN Department of Health, eThekwini Municipality, Cricket South Africa and the KwaZulu-Natal Cricket Union had also provided valuable support along with Hilton College who provided the venue every year.

Dr Sibongiseni Dhlomo, KZN MEC for Health attended the prize giving and addressed players, coaches, umpires and dignitaries.  He said that sport was important for good health and that the Township Tournament enabled youngsters to play cricket and enjoy themselves.  It also gave those with talent the opportunity to reach their dreams

Kuzwayo went on to say that some of the players had taken part in the township tournament as many as eight times and that some had gone on to achieve success as semi-professional cricketers or to embark on university careers made possible by their early sporting prowess.

Former township players and Sunfoil Educational Trust (SET) bursary holders, Smangaliso Nhlebela (22)  has  been awarded a Rookie contract with the KZN Dolphins and Nduduzo Mfoza (20), is playing with the KZN Inland team in Pietermaritzburg.

Another, Andile Buthelezi, showed exceptional talent as a cricketer during his schooling career at Glenwood High School which equipped him to win a bursary to study at the University of Cape Town.

There are now 3 KZN township boys who are on bursaries from the Sunfoil Education Trust.   Two are at Northwood High and one at Glenwood Boys.   All receive financial assistance to attend respected schools encouraging them to achieve academically as well as excel on the sports field.