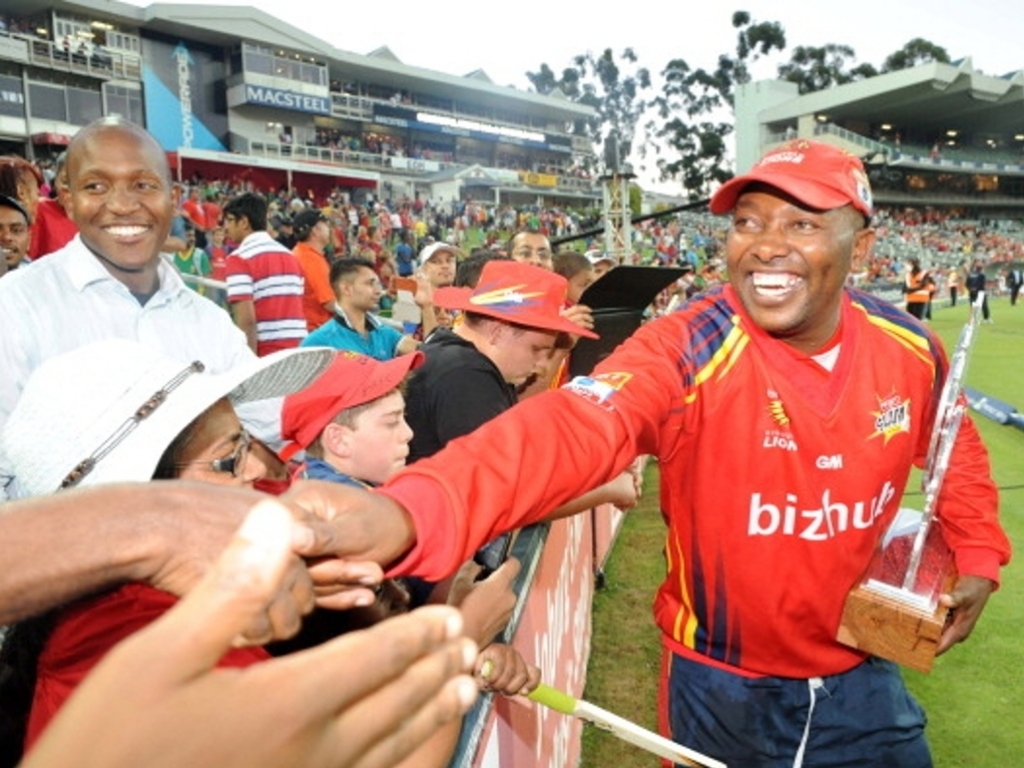 Lions coach Geoffrey Toyana remains confident rather than hopeful over their Sunfoil Series prospects despite reaching the halfway stage in last place on the log table.

The Johannesburg-based franchise became the first and only side to lose a match out of the 15 played by all six franchises during the first part of the 2017/18 campaign when they were beaten by the Titans in round five.

It meant they closed on 56.38 points, a little over 23 behind their Gauteng rivals, who lead the standings with 79.68 points. All the other 14 games have ended in draws thus far.

“We did have a slow start in terms of the first couple of games of the Sunfoil Series,” Toyana reflected. “The batting has been mainly good for us and I really think we did well as a group.

“Yes the wickets have been flat and it’s been tough for teams to get results, so that in turn hasn’t made it easy for the bowlers.”

Looking back on the game they lost, the Lions coach conceded it was a game they went out to win, before eventually falling to a nine-wicket loss after Proteas pair Lungi Ngidi and Aiden Markram took nine wickets and scored twin 80s respectively.

“The game we lost, I really felt we were in the game on a wicket that was especially chosen to try and get the result,” Toyana said. “I think we were okay with the bat, but thought the bowling really let us down.

“The young Titans attack outbowled us and then with the bat, we dropped Aiden Markram, who was really special in that game. We dropped him early on and he went on to make two 80s on a tough wicket, it was a great effort and a big reason they won the game.”

Toyana is nonetheless satisfied with their overall showing in the current campaign. None of their players have really stood out, with Bjorn Fortuin the best of the bowlers with 11 wickets and Rassie van der Dussen heading the batting with 396 runs.

The coach continued: “Despite the loss, I still feel we’re in a good space. The points system is quite generous this year, so we’re confident. I don’t think we got enough bonus points with the ball so far, but it has been tough for the bowlers.

“But there’s five more games and I really feel that any side that wins two games in this competition is going to be the champions.”

And Toyana says they will do everything in their power to try and win a title they last won in 2014/15. “We have to come from behind, but it will be key for us to go out there and play the brave cricket we all talk about,” he added. “There’s no point playing for draws, so any home game we play, we will try and prepare results pitches. So we look forward to it.”

The Franchise focus now shifts to the shortest format, with the T20 Challenge scheduled to begin this Friday, November 10.

The Lions play the Titans in the opening round.