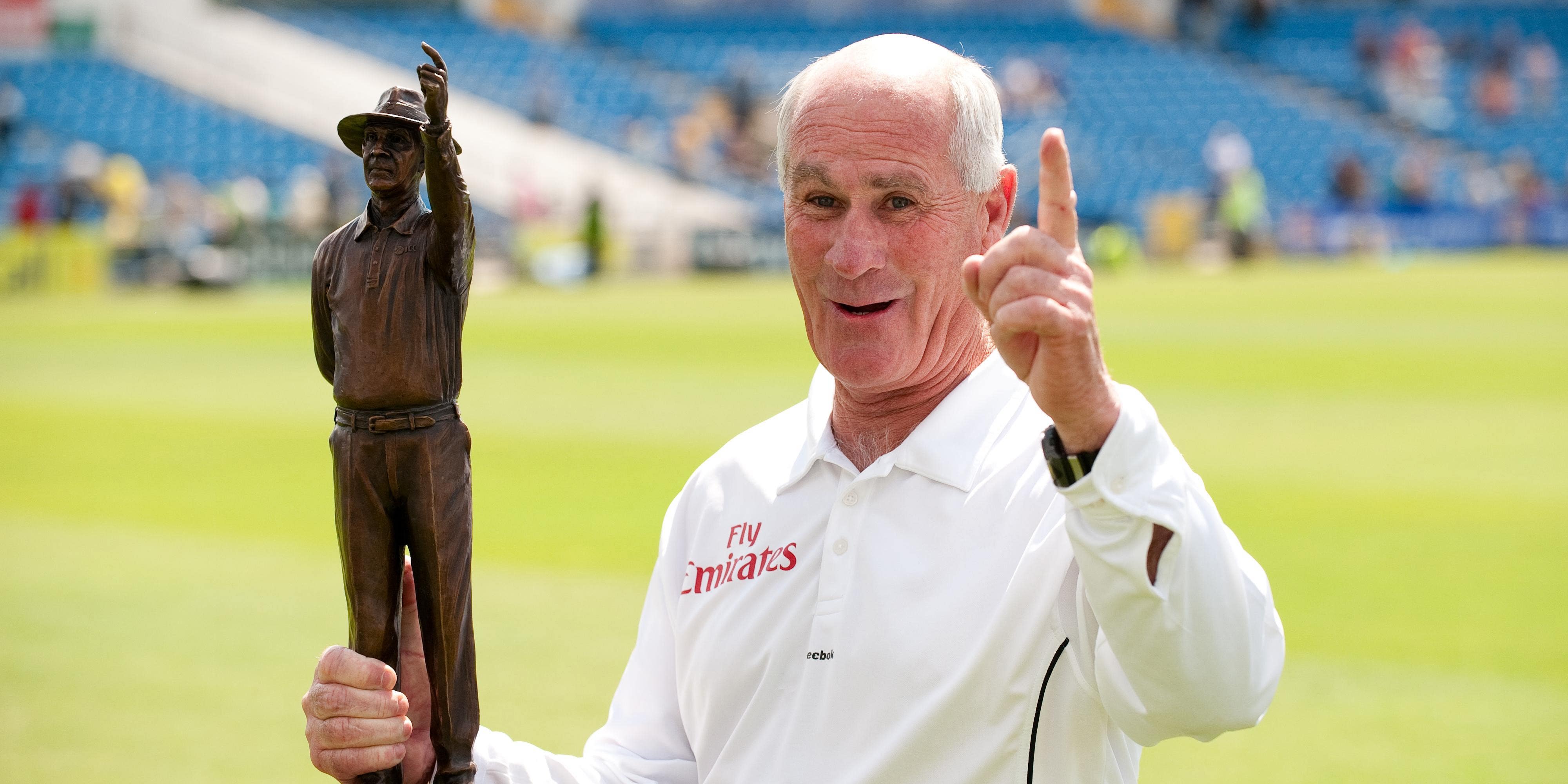 Tributes have been paid to former international umpire Rudi Koertzen, who has died aged 73.

The respected official, who took charge of more than 100 Test matches between 1992 and 2010, was involved in a road traffic collision in South Africa, according to local reports.

South Africa wore black armbands on the opening day of their tour match against England Lions at Canterbury.

The MCC led the way with words of praise for the much-loved umpire, a popular and admired figure in the sport.

“MCC is deeply saddened to learn of the death of honorary life member and former umpire Rudi Koertzen,” it tweeted.

“Our thoughts are with his friends and family.”

“Whenever I used to play a rash shot he used to scold me saying ‘play sensible, I want to watch your batting’,” Sehwag tweeted. “A gentleman and a very wonderful person.”

“Tragic news of the sudden passing away of Rudi Koertzen,” he tweeted.

“He was a gifted individual and one of the finest umpires the game has witnesses, known for his sharp decision-making abilities.

“My deepest condolences to his family and well wishers.”

Sri Lanka great Kumar Sangakkara posted: “Saddened at the tragic loss of Rudi Koertzen. What a wonderful friend and umpire. Honest, forthright and loved the game. Shared many a beer at the bar talking cricket with him. RIP my friend.”

Former Pakistan bowler and coach Waqar Younis wrote: “RIP to one of the best Umpire in the World Rudi Koertzen.

“I always enjoyed bowling from his end. Condolences to the family and friends #RipRudi”

Ex-Pakistan captain Wasim Akram tweeted: “Saddened to know about the sudden demise of umpire Rudi Koertzen. He was forthright and knowledgeable umpire, shared some wonderful moments with him on and off the field. My deepest condolences to the family. RIP.”