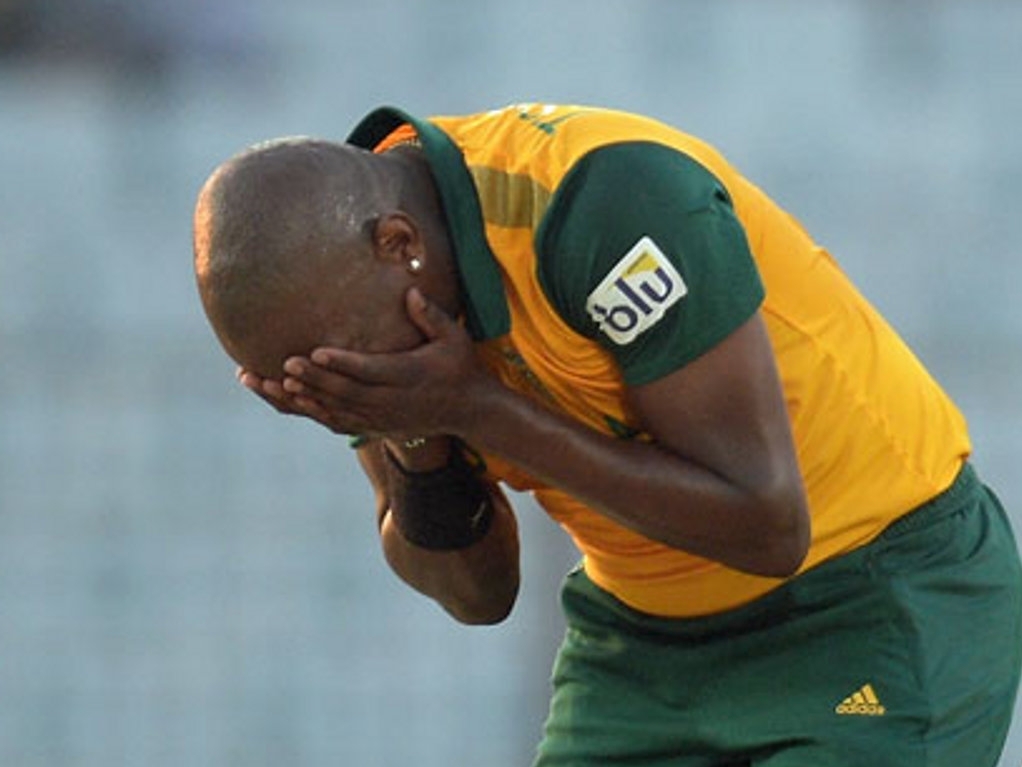 Former South Africa fast bowler Lonwabo Tsotsobe has confirmed that he is being investigated for match fixing by Cricket South Africa, but denies having taken money from bookies to underperform.

The Lions paceman was contacted by Wisden India and confirmed that CSA had asked for his phone records and the like, but said further comments would go via CSA. He has taken time off from the Lions, but wouldn't say why.

Former Lions batsman Gulam Bodi, meanwhile, was confirmed as the intermediary between the players and the Indian bookies, and has been banned from the game for 20 years for his role in approaching players to underperform for money.

Along with Tsotsobe, who confirmed his part in the investigation, wicketkeeper Thami Tsolekile is also allegedly involved, though neither he nor CSA have commented. CSA would not comment on Tsotsobe either.

The paceman told Wisden India: "There’s a lot of speculation going around. I'm not going to entertain anything but Cricket South Africa can do anything they need to do to check if we did any match-fixing with the people that they are investigating.

"I've given them everything they want. My phone bills, my messages, my bank accounts, everything. They said they would get back to me."

When asked whether he met with any of the bookies, he added: "That we can discuss with Cricket South Africa. If you want to know anything more about what’s going on you can ask them."

As for his current hiatus from the Lions, for whom he last played in December, he said: "I just feel that there’s a lot that’s going on in my life.

"I've spoken to the coach and he’s the one who gave me the time off. I don't have to explain myself to any other person. If the CEO and the coach know, then I think I'm cool."