Tweets of the Week: #MourningRichie 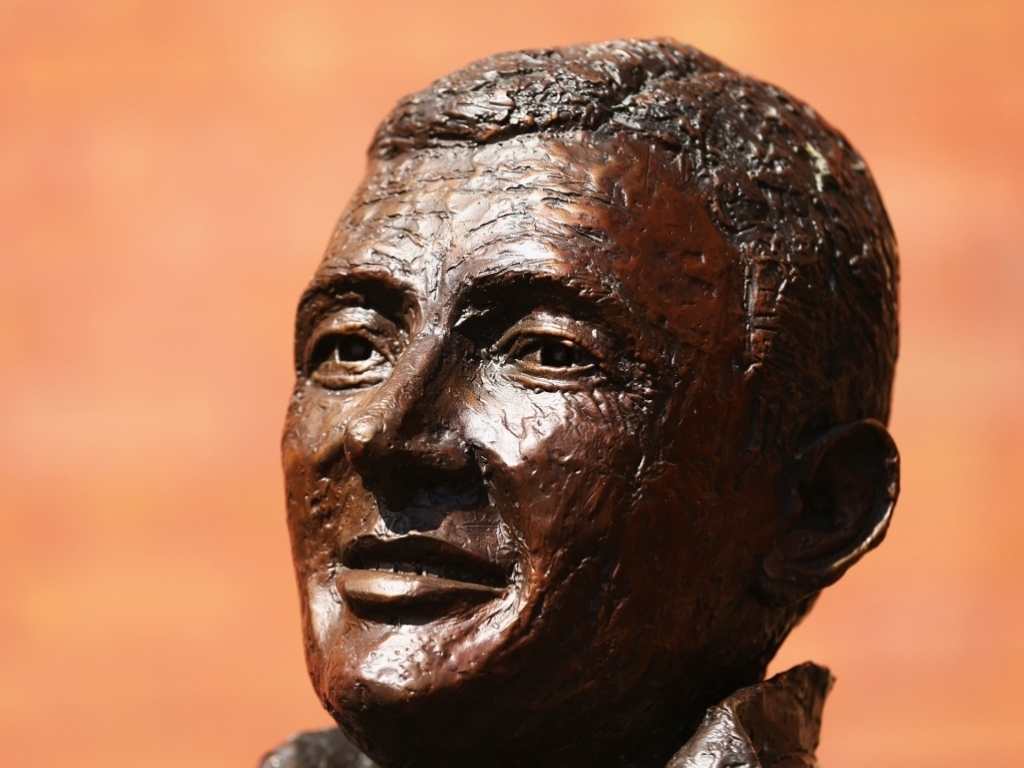 Legendary broadcaster Richie Benaud, also known as the Voice of Cricket, has passed away at the age of 84, after a battle with skin cancer, and tributes have been pouring in from around the globe for the Australian.

Benaud was renowned for his educational, pointed commentary, as well as his humourous quips about the game. He was not of the banter and dressing room tales school of comms, despite having played 63 Tests for the Baggy Green.

Here's a collection of Tweets after the news broke on 10 April.

Australian film and Broadway actor Hugh Jackman: "We lost a legend today – Richie Benaud. We will never forget you."

Australia spin legend and now-commentator Shane Warne on Instagram: "Dear Richie, I've known you & Daphne for close to 30 years & to everyone you were a legend on all levels & rightly so too. As a cricketer, commentator & as a person, you were the best there's ever been & to top it off, an absolute gentleman… For me it was an honour & a privilege to call you a close friend & mentor, we had so many wonderful times together, talking cricket & in particular, our love & passion of leg spin bowling. I will cherish our entertaining dinners & all the fun times we shared over a long period of time. I would also like to thank you & Daphne for all your support & time you made for me as a young cricketer & leg spin bowler trying to make his way as an 18 year old, your tips & advice along the journey meant so much !!! Richie, you were loved by everyone, not just the cricket family, you were the godfather of cricket & you will be missed by all… R.I.P my friend #hero #BowledRichie"

English, but almost Australian, broadcaster Mark Nicholas: "Goodbye Richie, you were cricket's closest friend and our guiding light. There is darkness now."

Zimbabwe cricketer and Supersport anchorman Pommie Mbangwa: "It's a sad day. So long Mr Benaud, so long Richie. You inspired!"

Commentary veteran Harsha Bhogle: "There hasn't been a commentator who watched and heard Richie Benaud and didn't wish he could be as good. It is a very sad day for our game."

Former Australia paceman Brett Lee: "Very sad to hear the news today of the passing of Richie Benaud. What a legend of a cricketer and broadcaster for @Channel9 @WWOS9 #bestever"

Players past and present were also quick to send in their tributes, and there was no limit to the nationalisties and the love, with most international players having met Benaud over the years.

India batting legend Sachin Tendulkar: "#RIPRichie Wonderful personality who was always warm and encouraging. Had great insights on the game. Fondly remember our discussion on the art of leg spin along with Official @ShaneWarne in Sharjah. Last spoke to him late last year. Was not well but full of enthusiasm. Great loss to the world of cricket. Heartfelt condolences to Richie's family and friends."

Former Pakistan captain and now politician Imran Khan: "Saddened by the death of Richie Benaud, one of the greatest cricketing brains."

Pakistan spinner Saeed Ajmal: "Richie Benaud a legend,my one of the favourite commentator has died today,RIP you were a true gentleman & Crickter."

Pakistan batsman Shoaib Malik: "Sad to hear the news on Richie Benaud, you were a great man, will always be in our hearts and live through your voice

Former South Africa skipper Shaun Pollock: "Mr Richie Benaud ..Synonymous with cricket yes …but he was a Legend in every meaning of the word! #RIPRichie you were truly "marvelous!!""

Former South Africa captain Graeme Smith: "I grew up with his voice in my ears,on my 1st trip to Aus he was the man I was most nervous to meet.#RIPRichieBenaud"

Sri Lanka batsman Mahela Jayawardene: "Deepest sympathies to family and friends of Richie Benaud. The voice we all loved when we were kids. Thank you for all the memories!"

New Zealand opener Martin Guptill: "So sad waking up to the news about Richie Benaud. The cricketing family has lost a legend. #RIPRichie"

NEw Zealand all-rounder Jimmy Neesham: "Finding it hard to come to terms with the fact that the voice of my childhood is no longer with us. The definition of a legend. RIP Richie."

Former New Zealand all-rounder Scott Styris: "Very sad to hear of the passing of the great Richie Benaud. We all grew up listening to his wisdom and advice. #RIP"

West Indies all-rounder Darren Sammy: "#RIP Richie your voice will live on in our hearts. Condolences goes out to his family and friends."

Veteran T20 journeyman Azhar Mahmood: "Sad news about the legend Richie Benaud. His contribution In cricket is priceless. He will be missed."

England cricketers had a special relationship with Benaud, given he was the voice of the Ashes for many eyars. He last commentated in England in 2005 for the BBC, before moving to Channel Nine in Oz.

Steve Finn: "Sad news to wake up to. RIP Richie Benaud, one of the games true greats."

Ashley Giles: "Hadn't realised I was batting during Richie's last commentary stint in this country. He was lucky to catch me! Legend of a man and gentlemen"

Tim Bresnan: "Sad to hear the passing of the great man Richie Benaud. You made listening and watching the game we love a true pleasure #RIPRichie"

Darren Gough: "A huge loss Richie Benaud to this fine world we live in ,but what a life he led ,an inspiration to many all around the world #richiebenaud"