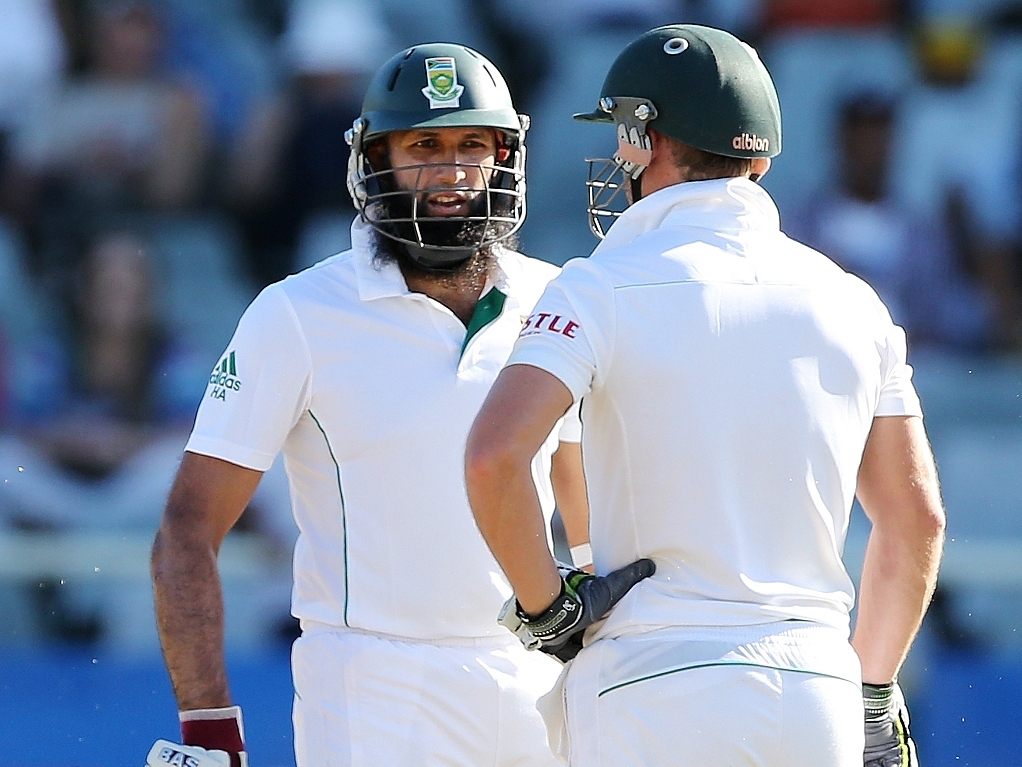 Top order specialists AB de Villiers and Hashim Amla ensured that South Africa enjoyed a fruitful first day in their series opener against the West Indies as the pair pilled-on 283 runs in Centurion.

At the close of play on day one of the first Test the Proteas were 340/3 with Amla unbeaten on 133 while De Villiers added 141 against a bowling attack that rarely put the pair under pressure.

Having won the toss and electing to field on a track that usually provides great assistance to the bowlers early-on, the visitors failed to take full advantage of favourable conditions.

Boundaries came quick and easy as the bowlers failed to deliver the consistent lines and lengths needed for success at the Highveld grounds.

The start of play was delayed by 30 minutes because of a rain and it took almost the same amount of time before the West Indies bowlers started finding the right areas.

Openers Alivro Petersen and Dean Elgar looked solid at the start, but when Petersen fell to Kemar Roach in the 14th over, the touring side had a real opportunity to take charge of the match.

Petersen, who again failed to convert his good start, left the field with the score on 57 and the Proteas would lose Elgar and Faf du Plessis before adding any more runs.

Elgar played at a short and wide delivery by Sheldon Cottrell and was caught in the gully while Roach found the outside edge of Du Plessis’ bat to hand him his first Test duck in his 29th innings.

At 57/3 Amla and De Villiers had a mountain of work to get through and the pair went about their business with the precision and skill that was always going to be on the cards when two of the world’s most respected batsmen are at the crease.

Playing in his first Test at home as captain, Amla enjoyed a stroke of luck when he had only 25 runs to his name.

Roach produced a leg-cutter that clipped the off-stump, but the bails refused to fall to the ground.

De Villiers would also enjoy his share of fortune when he was on 63 when Sulieman Benn failed to collect a throw while the batsman was well out of his ground.

The pair remained solid throughout the day’s play and scored at brisk rate, ensuring that the West Indies bowlers were always under pressure.

Roach was the pick of the bowlers, returning figures of 2/52 on a day where his team’s fielding often also left much to desire.