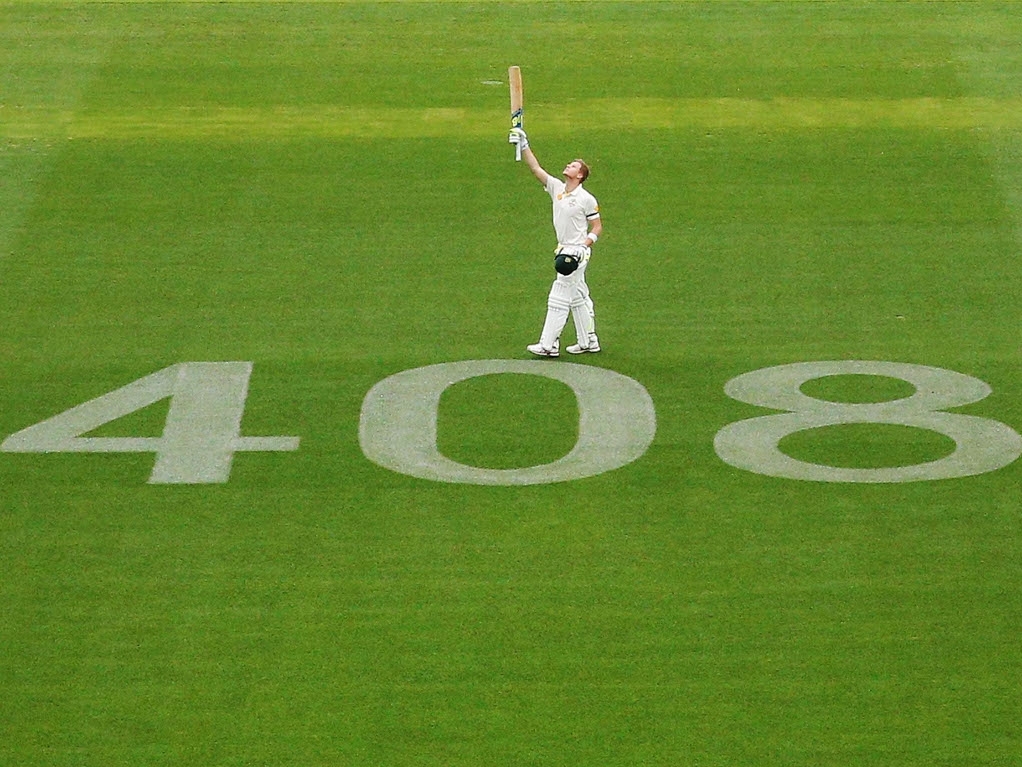 Day two of the first Test between Australia and India was very much truncated, but it was not without excitement as both Steve Smith and Michael Clarke recorded centuries at the Adelaide Oval.

Smith was unbeaten on 162 when bad light stopped play, while Clarke had made 128, batting with an injured back. The day saw only 30 overs bowled, as the Aussies reached stumps on 517 for seven.

Play began with the hosts on 354 for six, with Smith on 72. Brad Haddin had fallen the night before to bring about the close, so Clarke, who had been on 60 before retiring hurt, was able to retake his place in the middle.

The pair put on a partnership of 163 together, before and after a few rain breaks, and despite the lack of overs, they still managed to score more than 160 runs in the day. Smith's score was his first past 150 in Tests.

The young batsman brought up his century in the afternoon, just before a rain break, and immediately ran to the '408' pained on the grass to raise his bat for Phillip Hughes. After that, he went to Clarke for a hug.

The skipper went into that rain break, around tea, on 98, and soon after the restart nearly two hours later made sure of his ton. It was a subdued celebration, but the crowd was on its feet, acknowledging his physical and emotional injuries.

He was unable to see out the day though, falling just before the close. He pulled the ball straight to square leg, where Cheteshwar Pujara took an easy catch off Karn Sharma. India would have been relieved, given the number of dropped catches during the day.