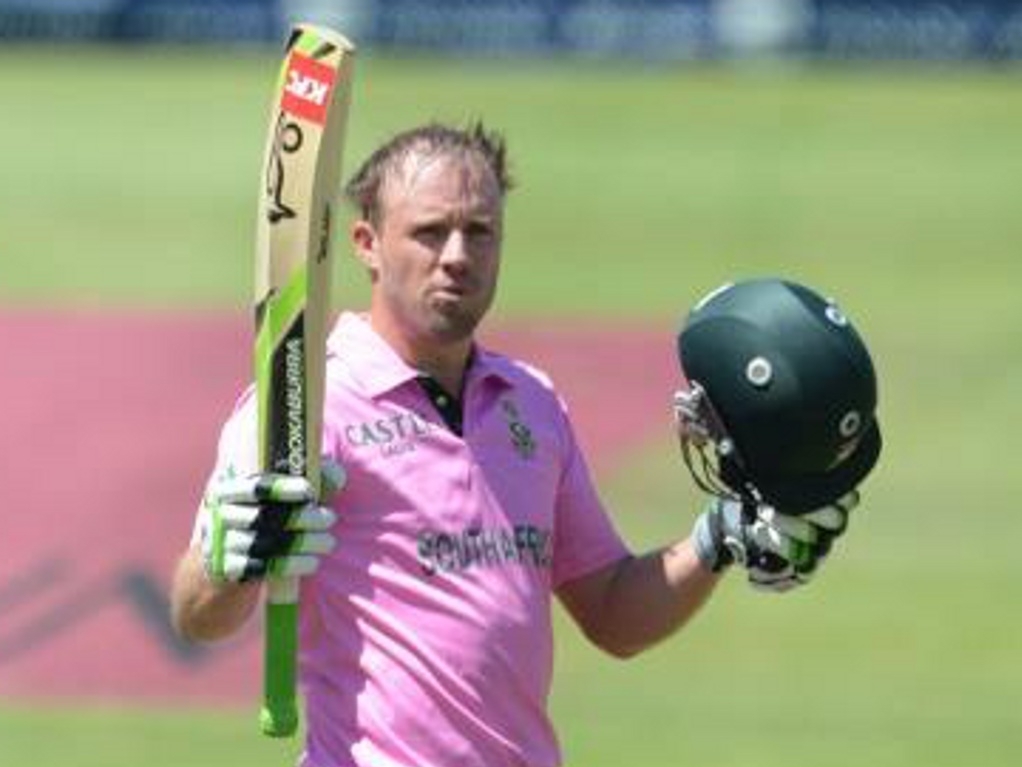 South Africa batsman AB de Villiers astounded world cricket on Sunday, breaking record after record on his way to 149 runs off 44 balls in the second ODI against the West Indies in Johannesburg.

De Villiers scored one of three centuries the Proteas made on their way to 439 for two. He hit his 50 off 16 balls (fastest), his century off 31 balls (fastest, overtaking Corey Anderson's 36) and would have had the fastest 150 as well.

Twitter exploded as cricketers around the globe wrote of their astonishment. Here's a collection of their reactions, starting with the South Africans.

Spinner Robin Peterson: "This is just ridiculous batting from @ABdeVilliers17 !!!"

The veteran added: "The term genius gets bandied around loosely in sport but @ABdeVilliers17 completely deserves that status"

As for the rest of thw cricketing world, they were just as effusive, including Pakistan's Shahid Afridi, who held the record until Anderson broke it last year.

Michael Vaughan: "Have to say @ABdeVilliers17 is the definition of a Cricketing Genius … absolutely incredible… #31BallTon"

He then added: "When i watch @ABdeVilliers17 Bat it reminds me that I really wasn't that good in comparison … #justsaying"

Vaughan then included Australia opener David Warner in his thoughts, saying: "Love the way @davidwarner31 plays but the Official No1 player in the World in all formats is @ABdeVilliers17 …. #Fact"

The Oz batsman responded with: "@MichaelVaughan @ABdeVilliers17 FACT indeed haha by far he is!!"

Tim Bresnan: "Suddenly don't feel so bad being whacked to all parts by AB. he is not playing the same game as the rest of us. 149 from 44 balls #wow"

Ben Stokes: "Ab (followed by a string of thumbs up emoticons)"

Ashley Giles, referencing Hashim Amla: "You don't often pray to get the bloke with 150 not out on strike when you're bowling! Well done AB, gentlemen and a class act #carnage"

Brendan Taylor: "Not the worst entertainment from AB right now. Best in the world without a doubt. #SAvWI"

Jason Gillespie: "A B DeVilliers WOW!!!!"

Craig Simmons: "Ridiculous by AB so good to watch"

Iain O'Brien: "SA to play the World Cup in pink after this display? AB = #tekkers"

Football pundit Gary Lineker: "AB de Villiers has scored 149 runs from 44 balls. That is as preposterous as his name. Remarkable performance!"