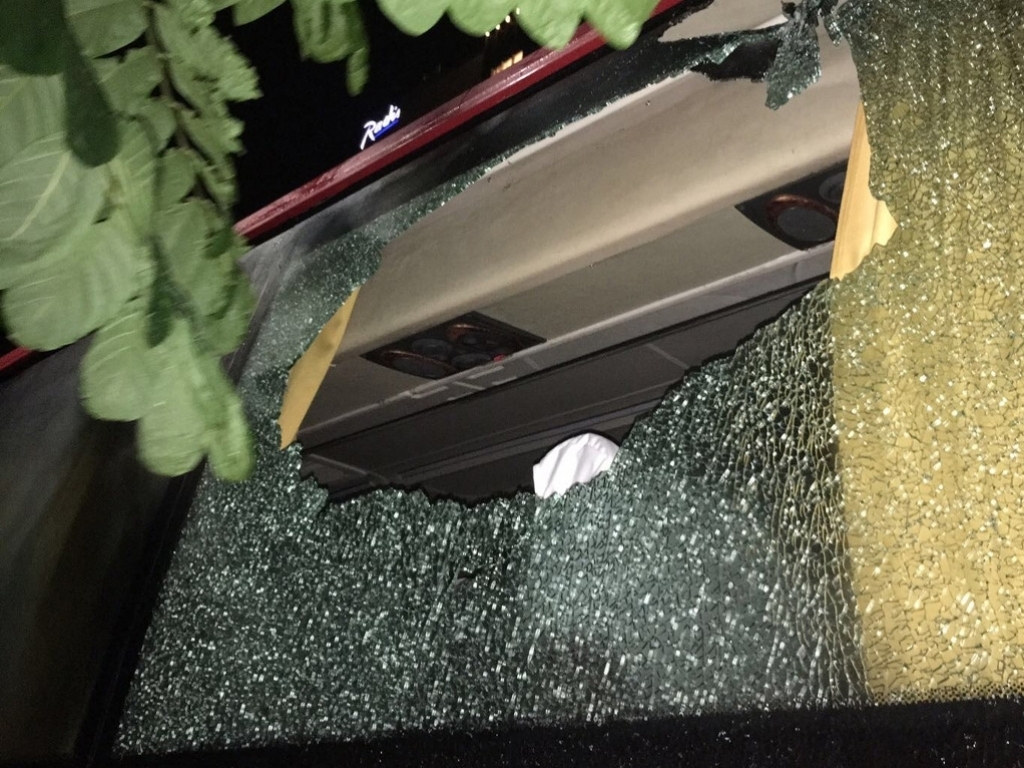 Local Authorities in Guwahati have reportedly arrested two people in connection with an incident involving the Australia team bus after the second T20I against India.

A rock roughly the size of a cricket ball was thrown through the window of the bus as it returned to the team hotel on Tuesday night.

Nobody was hurt in the incident however the local cricket association who seldom get international hosting duties have put pressure on the police to produce answers quickly.

The incident has seen security around the team beefed up as they prepare for the final match of the tour, a T20I in Hyderabad.

“We made every attempt to ensure a foolproof security but don’t know how this happened. It was near the team hotel and not at the crowded street near the stadium.

“I can assure that such incident won’t occur in future again. There will be a thick security cover when the Australian team leaves for Hyderabad.”

The Barsapara Cricket Stadium had attracted a sell out crowd for its first ever international match but the incident has soured the occasion.

Australia leg-spinner Adam Zampa said the incident was terrifying and a disappointing end to a great evening.

Zampa said: “I had my headphones on quite loud and was looking towards the other side of the bus.

“I just heard this loud bang. It was a pretty scary five seconds or so.

“Our security guard mentioned quite quickly that it might have been a rock. It was a pretty scary incident. You never want those things to happen. It was disappointing.

“I think everyone was alright. I think after what happened in Bangladesh with the rock as well, no one was too rattled. It was dealt with quite well, I think.

“The Indian fans are so great to us, which is one of the reasons why it’s so hard to travel here. They’re so loud, they love cricket and they’re so passionate about it.

“Guwahati doesn’t get much cricket as it is so for one person to do that and to spoil it for the rest of the Indian fans, it’s pretty disappointing.”