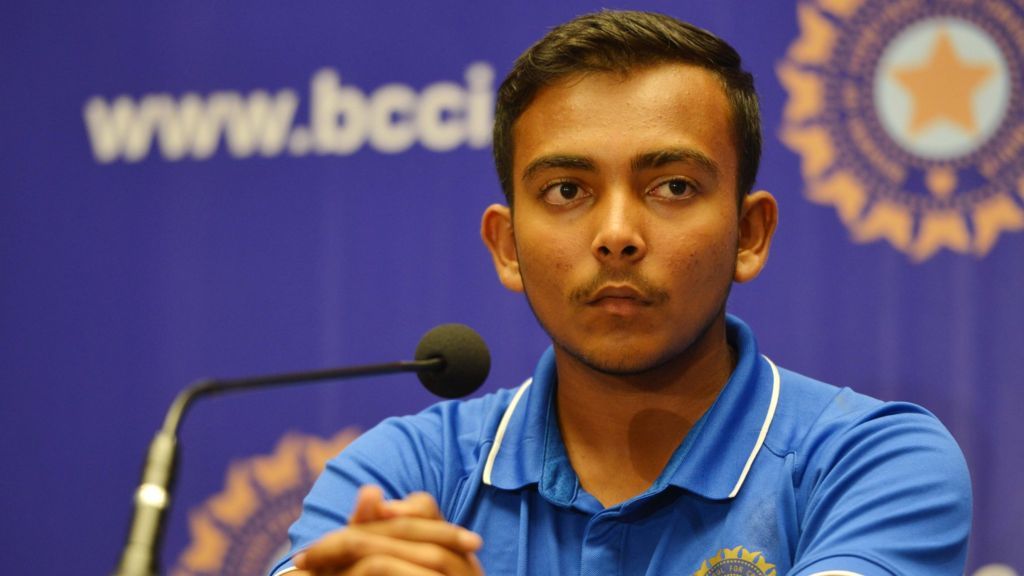 India have added uncapped batsmen Prithvi Shaw and Hanuma Vihari to the squad for the fourth and fifth Tests against England.

Opening batsman Murali Vijay and wrist-spinner Kuldeep Yadav, who were in the squad for the opening three Tests, have been overlooked.

Off-spinner Ravichandran Ashwin has been included despite nursing a hip injury. Seamer Bhuvneshwar Kumar is still undergoing rehabilitation amid a lower-back injury.

“The hip injury is not that bad. This break will be ideal for him. If there was a Test match starting in three days’ time, then it would have been a problem.”

The 18-year-old Shaw, who is also contracted by the Delhi Daredevils in the Indian Premier League, captained his country to the Under-19 World Cup title in February 2018. The 24-year-old Vihari averages 59.79 from 63 first-class matches.

The fourth Test will get underway in Southampton on Thursday, when India will have the chance to build on a comfortable triumph in the third Test at Trent Bridge. England have a two-one lead in the five-match affair, after victories at Edgbaston and Lord’s.