Tye ready to fire for Gloucestershire in the Blast 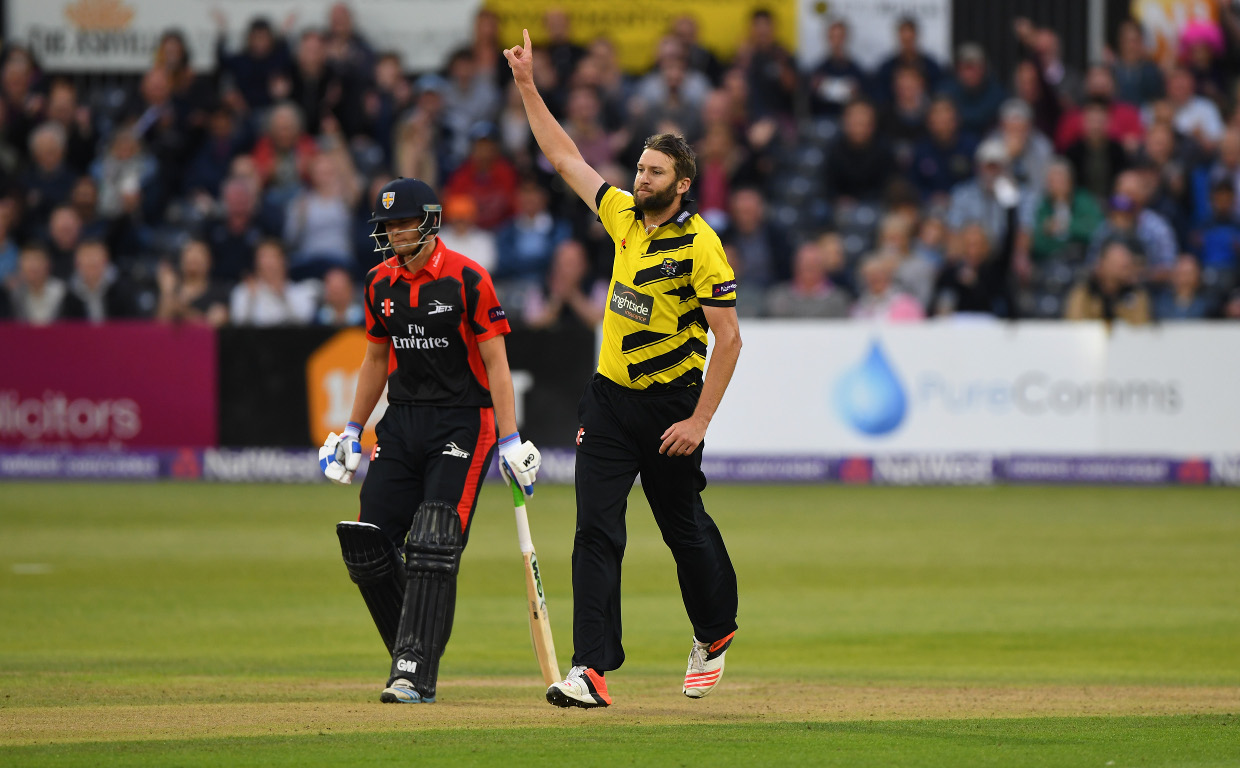 Australia fast bowler Andrew Tye – whose last game for Gloucestershire was the quarter final against Durham in 2016 – returns to the squad on Friday for the highly anticipated derby against Somerset in the Vitality Blast at the Brightside Ground.

The quick who has enjoyed success in the Big Bash with the Perth Scorchers and international recognition with his country takes his place in a squad of 14 after Wednesday’s narrow win over Kent.

Head coach Richard Dawson said : “Andrew had a bowl in the nets on Thursday, and we’re looking forward to him playing again for us. Although we’ve not seen him up close since 2016 we re-signed him hoping that he can bring the improvements that have now made him more of a household name. We watched him play recently against England and he adds quality in all departments because as well as his bowling he can hit a clean ball and he is a good fielder.”

The match is the 15th in Bristol between the teams, with Gloucestershire vastly improving their overall record by winning in both 2017 and 2016. Before that their only wins were in 2006 and 2011, although four of the other games were either abandoned or incomplete.

Gloucestershire’s Wednesday win over Kent lifted them to third place in the South Group, and the addition of Andrew Tye will certainly add depth to a bowling attack which has looked more cohesive in the last two games.

In 2016 Tye took 18 wickets at 23 runs apiece, and along with the injured Benny Howell and Matt Taylor provided the regular backbone of the bowling line-up. Taylor took the important wicket of Carlos Brathwaite in the win over Kent, and is looking forward to Friday night.

“The nature of T20 is that you need to be ready to go at any point” Taylor said. “I didn’t start at my best but tried to come back hard, be aggressive and thankfully I got a wicket straight away. Bowling lengths in T20 are slightly different to four day cricket but you’re always looking to make it hard for the batsmen to score, and if they do play a good shot off a good ball then fair play to them.”

“With two wins out of three it’s a decent start for us but we’re just taking it game by game. We’ve done well in the last two years against Somerset at home and it would be nice to continue that. Players like Trego like the big stage and he’s been a good T20 player for a number of years but we like to think we’ve learned from the game a week ago and we can try and put those things right in front of a good home crowd.”