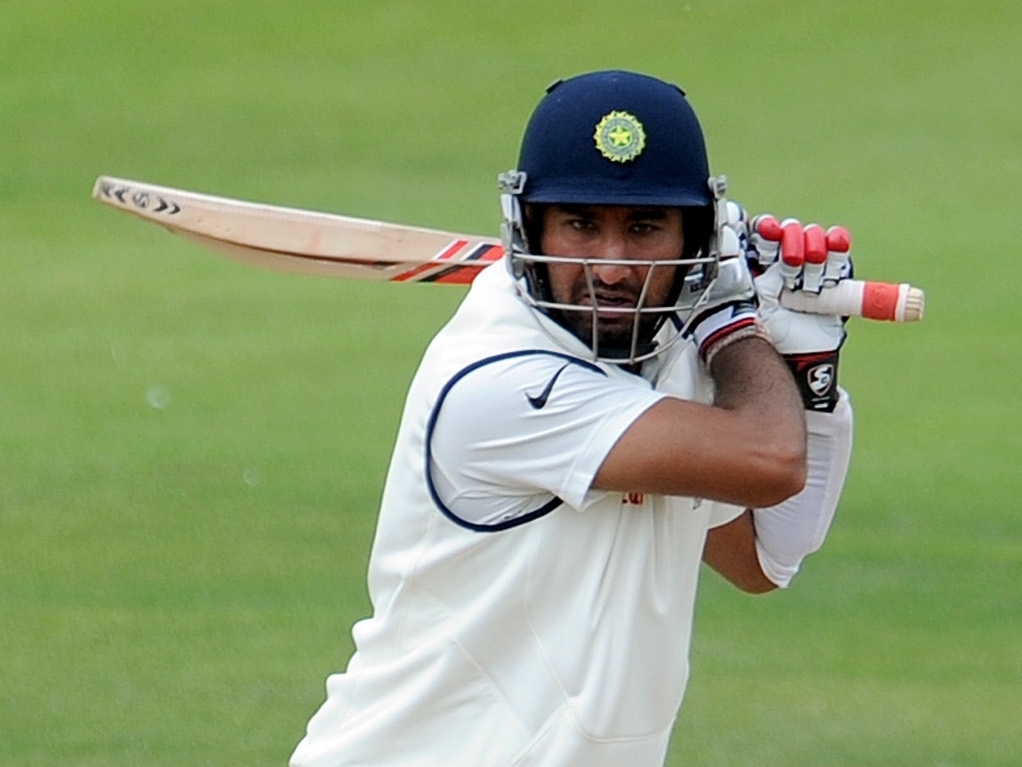 India batsman Cheteshwar Pujara is looking forward to his stint with Yorkshire in the upcoming County season, and is convinced that doing well in English conditions will properly round out his technique and experience.

Pujara is one of only a few current India players to feature for counties, and last season played a few matched for Derbyshire after India's Tests in the UK. This season, he will be with the Tykes as he did not secure an IPL contract.

Pujara said on Cricinfo: "They are challenging conditions and as a batsman you have to accept the challenge. When you score runs in those conditions you get a different confidence.

"So, technically you have to be correct. You have to be really focused; confidence has to be up to the mark. All the aspects of the game you really have to be very careful when you play in English conditions. So, in this way couple of months in Yorkshire will help me.

"The weather is completely different. So, first of all you need to get adjusted to the weather and the conditions. Whatever I've heard so far is that initially the ball might do more than what it does in the later stages of the season.

"So, as a batsman it will be challenging and I'm aware about it but when I'm going there I know that I will be tested – it is a test of my character, technique and my toughness. I'll take it as a challenge.

"Once you succeed in such conditions, it is a different satisfaction as a cricketer."

Pujara made a cracking start to his Test career and at one point had an average around three figures, and he cemented his place at the top of the order. Recent months have seen that drop off though, and he is aware of the need to find his feet again.

He continued: "In Test matches, my start was really good; there were some phases where I accept that I didn't perform well but it happens. If you see a cricketer's career, nobody's always successful.

"You have those up and down phases. If I look at all the series, I did well in South Africa. England was a bad series although I did score in a couple of innings which were really crucial for the team.

"I feel number three is the kind of position where you don't just look at the number of runs you make but you also need to look at the team situation to make sure that the team does not lose another wicket.

"Once you see through the new ball, the middle-order batsmen get that benefit of playing against the old ball. There is a role which is defined. I do accept that I got starts in Australia but could not convert those starts into a big innings which I'm known for."

As for his T20 career, he is not part of the India limited-overs squads and did not get an IPL deal, but he is convinced he will be able to do so in future, and is working on some aggressive shots selections.

He added: "As a cricketer I always try and improve my game and try and focus on things which I can do. I definitely want to play all the formats of this game I'm working on improving my game in ODIs and T20s.

"I am very confident that I will be able to do so. It's a matter of time and there are some shots that I'm working on in the nets and with more and more practice I think I will be successful."