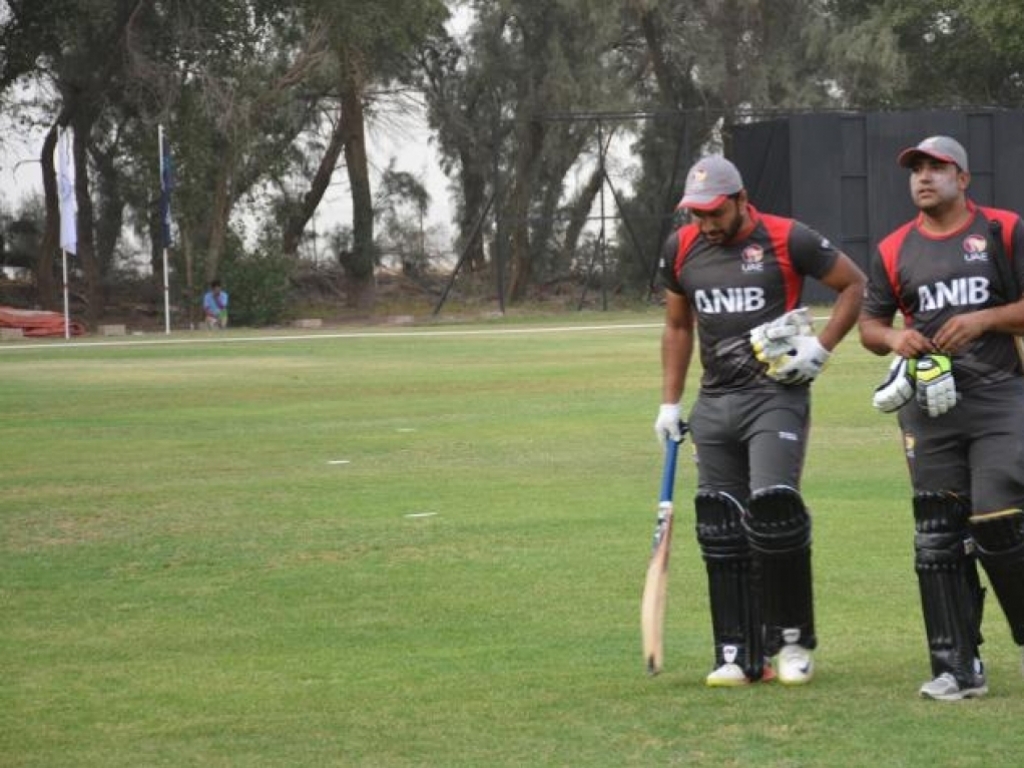 At the Sulabiya Cricket Ground, Qatar won the toss and elected to bat first against the hosts, Kuwait.

Qatar got off to a great start with a 52-run opening partnership in the first five overs as Faisal Javed Khan gave scored a quickfire 48 runs off 23 balls.

Qatar continued to add quick runs on a flat wicket with skipper Inam-ul-Haq scoring a useful 25 to lay the foundation for Kamran Khan, who scored 49 runs off 28 balls to help his team post a total of 167/6 in 20 overs.

Imran Ali continued his fine form with the ball and picked up three wickets for Kuwait.

In response, although Kuwait lost skipper Muhammad Kashif Sharif in the second over, Usman Waheed took charge and scored 66 runs off 36 balls to keep the match in the balance.

At the other end, however, other middle-order batsmen struggled to build partnerships after Waheed was dismissed as Kuwait lost three quick wickets.

The lower-order batsmen put up some resistance but the asking rate kept climbing and Kuwait fell 26 runs short of the target.

Haq picked up four wickets for Qatar and was declared the Player of the Match for his all-round performance.

At the Doha Cricket Ground, Bahrain faced Maldives and elected to field first after winning the toss. Maldives batsmen put up 55 runs for the loss of one wicket in the first 10 overs.

MNR Cooray looked in good touch and scored 65 runs off 51 balls while Hassan Rasheed and Mohamed Rishwan added 26 runs each to take Maldives to a total of 142/4 in the allotted 20 overs.

In response, Bahrain got off to a good start, scoring 61 runs in 10 overs for the loss of one wicket.

Opener Shahbaz Badar, who was declared the Player of the Match, scored 56 runs in 43 balls and other batsmen chipped in with useful contributions.

Maldives managed to take the match to the last over and made it an exciting finish as Bahrain needed eight runs off the last six balls.

Mohammad Saifee, bowling the last over, conceded two boundaries in the first three balls and Bahrain got their first win of the tournament.

In the afternoon game at Doha, Saudi Arabia faced the United Arab Emirates (UAE) and selected to bat first after winning the toss.

They scored 30 runs in 2.4 overs but the Saudi batsmen struggled thereafter and failed to post a decent total.

Even as wickets kept tumbling, courtesy some good bowling by UAE, Saudi Arabia were restricted to 103/9.

UAE comfortably achieved the target of 103 runs in 13.4 overs on the back of Ashfaq Ahmed’s unbeaten 41.

Mohammed Usman scored a quick 31 to pave the way for UAE’s second consecutive victory. Ahmed was declared the Player of the Match.

At the end of second day, UAE lead the table with four points and are followed by Kuwait at the second spot and Qatar in the third place – both teams have two points on the board but are separated by net run rate (NRR).

Saudi Arabia and Bahrain also have two points and occupy the third and fourth spots while Maldives are yet to open their account.