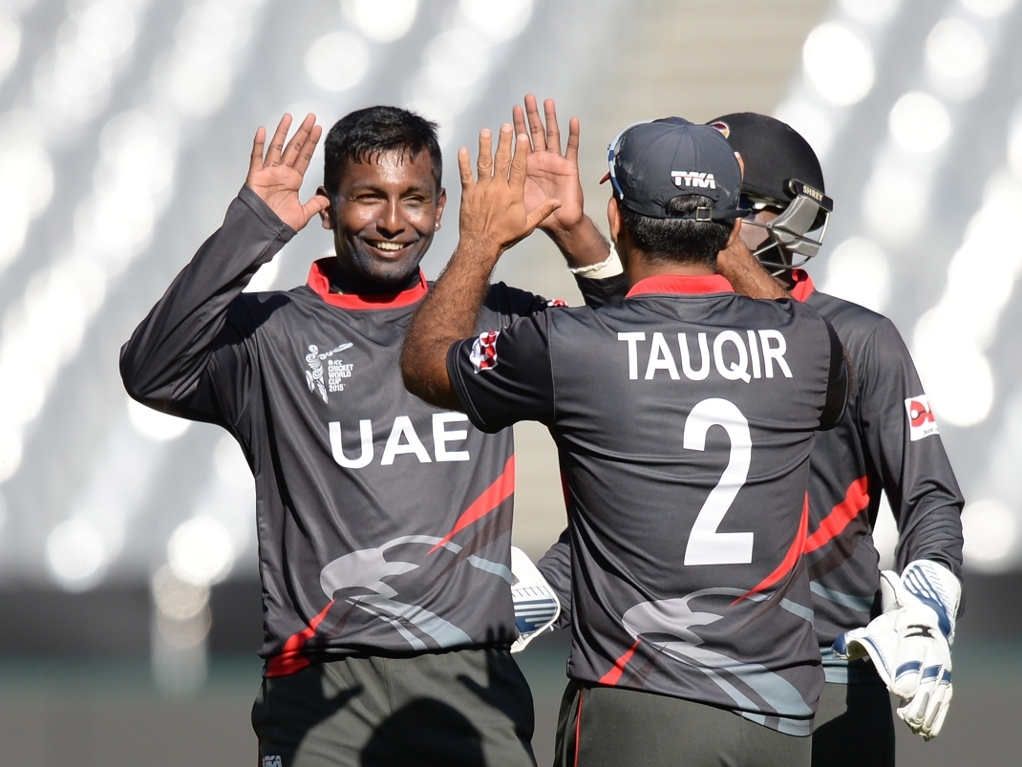 The UAE might be playing in their first World Cup since 1996, but captain Mohammad Tauqir is confident they can reach their goal of at least two wins against Test playing nations.

Tauqir, and the UAE, start the quest to reach those ambitious goals against Zimbabwe at the Saxton Oval in Nelson on Thursday, and the skipper is looking forward to the clash.

The UAE captain spoke of how individuals in the team has set their own goals and standards that they want to live up to in the global tournament.

The 43 year-old Tauqir also feels that if they do well in the tournament, it would inspire locals in the UAE to show more interest in the game.

Tauqir said: "We are looking forward to at least having a couple of wins against Test nations, that's what we are targeting.

"See, every individual in the team has his own target and goals. Collectively we are looking forward to at least having a couple of wins against test nations.

"Predominantly it's an expat game in the UAE, a lot of Asian, a lot of English, Australian people play there, but I believe our participation in the World Cup would inspire many more Emirati nationals to follow the game with passion."