On the final day of the ICC World Twenty20 Asia Qualifiers ‘A’, Kuwait faced Saudi Arabia for the third qualification spot in a match that was reduced to 18 overs each due to overnight rain.

Kuwait won an important toss and elected to bat first, and started cautiously with 15 runs in their first five overs for the loss of one wicket. Mohammad Asgarh showed some intent as he smacked two sixes in one over but perished as he tried to clear the ropes once more. Skipper Kashif Sharif scored a valuable 26 off 19 balls as Kuwait posted a total of 104 in their allotted 18 overs. Mohammad Afzal took three wickets for 22 runs in his four overs.

Saudi Arabia responded well and seemed in control at 66 for 2 after 11 overs, aided by Imran Arif’s 40 runs. At this stage, Saudi needed 39 runs off 42 balls with eight wickets in hand. The tide started to turn once again as Kuwait’s bowlers kept Saudi Arabia’s scoring rate in check. In the 14th and 15th over Arjun Makesh and Azmatulla Nazeer conceded just five runs between them as the asking rate started to climb. 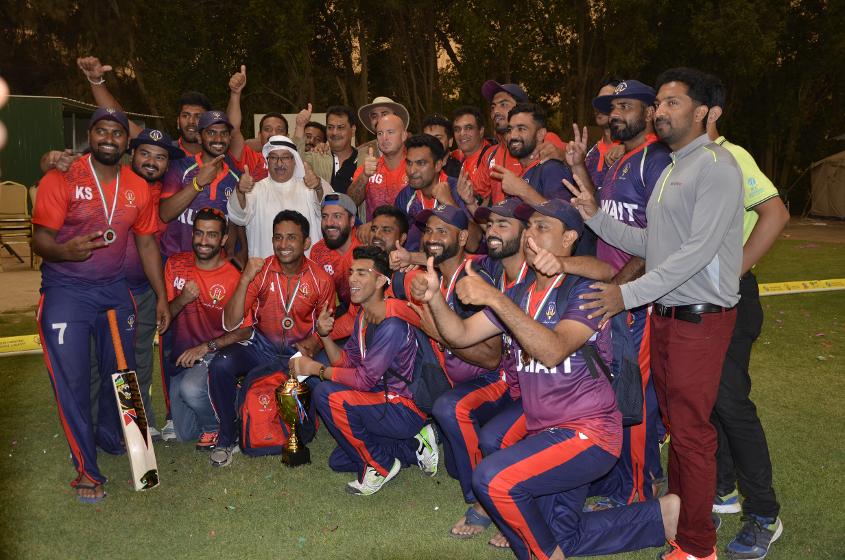 Saudi needed 13 runs in the last over before Mohammad Naseer bowled well to restrict the batsmen to only seven runs, as Kuwait claimed a five-run victory. Arjun Makesh was adjudged Player of the Match for his economical spell – his three overs conceded only 11 runs, while he picked up two wickets at a crucial time.

UAE faced Qatar in the afternoon match for the top two positions, as Qatar won the toss and elected to bat first. Qatar lost two early wickets and were 10 for 2 after 1.1 overs. Kamran Khan took charge and scored 29 off 17 deliveries. Qatar’s fifty came up in 7.3 overs for the loss of four wickets. Tamoor Sajjad carried on the innings with a fine 36 off 41 and was aided by GBM Munaweera, with a useful 31 off 27 balls. Qatar posted 121 runs with UAE’s Muhammad Naveed and Zahoor Khan picking up three wickets each. 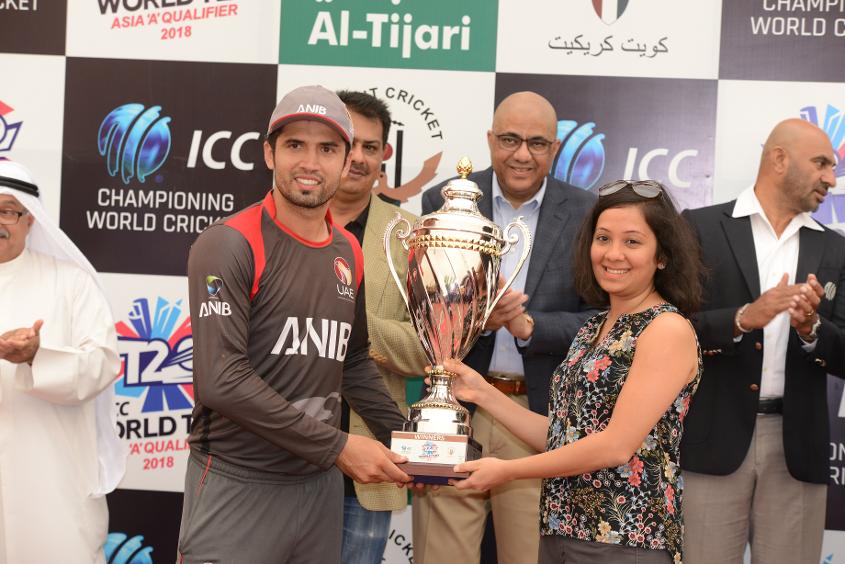 UAE started brilliantly as they scored 54 runs for the loss of one wicket in 5.5 overs. Player of the Match Ghulam Shabbir scored a brilliant 63 off 46 balls with good support from captain Rohan Mustafa (30) to carry UAE over the line in the 16th over.

Captain of the winning team of this tournament, Rohan Mustafa, was adjudged the Player of the Tournament and best batsman, while Saudi Arabia bowler Imran Arif was considered the best bowler.